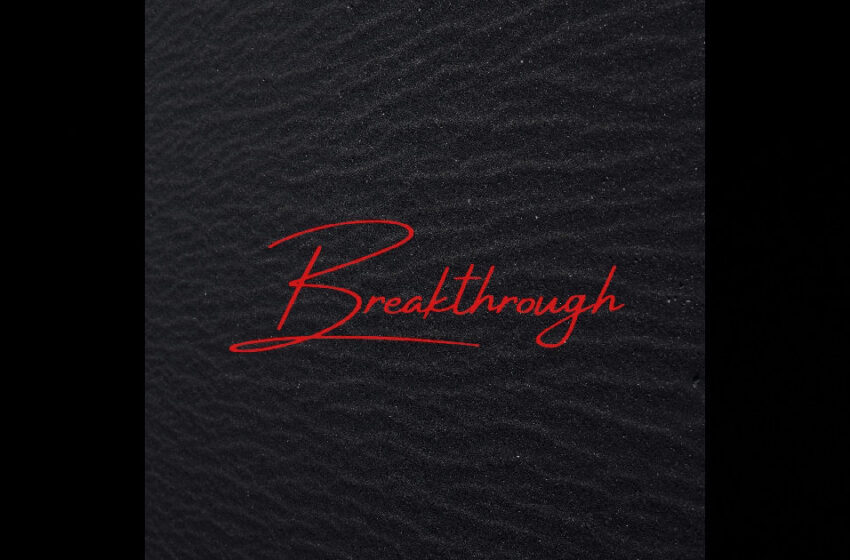 Alright…a “Breakthrough” might be a bit of a stretch in terms of how ‘new’ this song might sound stylistically, but let’s not forget that breakthroughs can come in many forms.  According to what I’ve read, good ol’ Spencer here hasn’t released any tunes since 2019 as he wanted to “focus in on my musicianship, writing, etc.” – and ultimately, I’d say he’s made a wise choice for his career & future ahead.  A song like this might not be the most surprising in terms of what you’ve already heard out there in the land of Alt/Emo tunes, sure – but in terms of making a song from start to finish that’s catchy, accessible, and truly bulletproof from start to finish, I think you gotta give Goldman all the credit he deserves for this.  Making a song that’s totally different than anything else is beyond rare – heck, making ANY song to begin with ain’t easy.  To make a flawless one like “Breakthrough” is a serious accomplishment…I don’t need every artist & band to recreate the wheel as long as they can supply us with something well worth our time & turning UP…and this single should definitely have you feeling like he accomplished that mission in-full.  So…yeah…I mean…it might be comparable to lots of bands you’ve heard come and go, but in terms of production and performance, you couldn’t ask more from one dude rockin’ the world on his own.  I listen to “Breakthrough” and there’s not a thing I’d change about it, and I can fully vouch for the fact that there’s a metric TON of people that would love listening to this cut…because I’m one of’em.

I don’t see anyone else in the pictures he’s got posted up at Instagram…so I’m gonna assume that what we’re hearing is 100% pure Goldman – and truly, this dude should be proud of the performance he’s put into this tune.  Considering that he took time to dial things back, make sure he locked down all the fundamentals of makin’ music and whatnot…honestly, the dude should be pleased as punch that this single has come out as strong as it has.  Guy’s got a GREAT voice and gets the most out of his melody on “Breakthrough” with power, confidence, tone…all that.  I can see from his pages online he’s spent a lot of time dedicated to assisting others with their own dreams of making music as a producer & such…and it’s always awesome to see a guy like Spencer get their own shot at standing in the spotlight.  In terms of the production, that was actually the very first thing that caught my attention on “Breakthrough” – you can hear how the very beginning is put through some rad filter effect of some kind, and for a moment, he had me genuinely wondering if that’s how the song was gonna sound before it burst open into crystal clarity.  Personally, I dig that kind of stuff…and of course, I’d encourage him to continue to explore these kinds of tiny details, because they genuinely stack up to making the difference between something we’ve heard and something we haven’t…essentially, it opens the door to all kinds of new possibilities.

No different than a capo for a guitarist, it’s all about the extra options you’ve got at your disposal, and from the sounds of things, Spencer’s not only got a ton of potential for what he can add in to his songs with his production techniques, but he’s got the sincere desire it takes to WANT to do what he’s doing.  That counts for a lot in my world…the more interested & invested you are in your career and the music you’re making, trust me when I tell ya, the better the results continually become.  You learn all kinds of new skills along the way, and build even more new skills on top of those, like one big giant skill-snowball rolling downhill, getting larger and more capable of CRUSHING US ALL as everything speeds along towards the top of the charts where this guy belongs.  Right now, even at what’s clearly the early side of the beginnings of Goldman’s career still as a young dude, I feel like he’s on completely solid ground after hearing him not overlook any details on “Breakthrough.”

I’ve got no real technical advice for the guy…no major advice at all really, other than to simply keep his foot firmly on the gas and to take those skills of his for a rip at every opportunity he gets to do so.  I’m always going to advocate on behalf of finding whatever uniqueness we can in order to avoid being swallowed by the sea of sameness out there…and I think he’s got some room to grow there still in that respect, if he WANTS to…but other than that, everything else I hear from the hooks to the execution in his performance, from the lefts to the rights on “Breakthrough” speaks volumes on behalf of an artist that’s ready to level up, and one that’s fully stoked to do exactly that.  Evolution in a craft like music is so much fun when you take time to appreciate it – so keep on keepin’ on Spencer…you don’t need confirmation from me my brother, this single is catchy, crisp, clear, and clever…and if you keep this quality up there dude, the sky ain’t even the limit for ya.

Find out more about Spencer Goldman at Instagram:  https://www.instagram.com/goldmanspencer