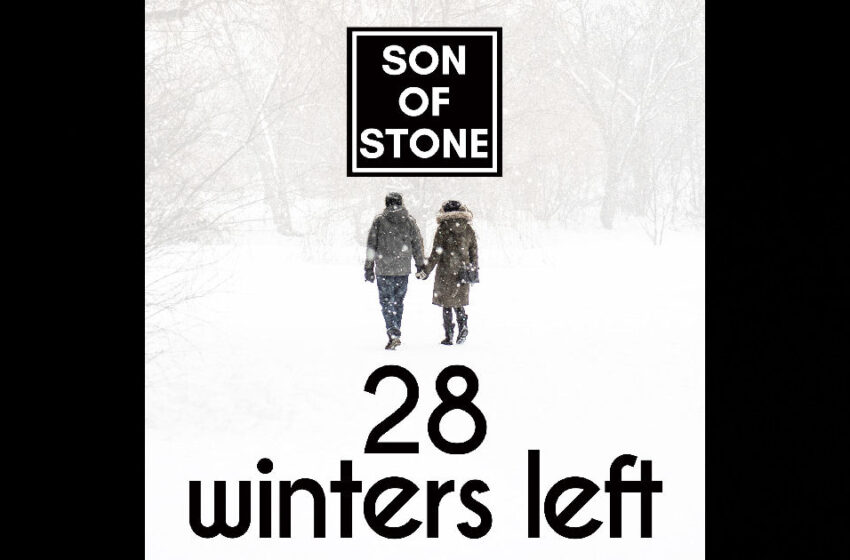 Only “28 Winters Left?”  Are we counting this one, or starting from next year?  #AskingForApproximately8BillionFriends

I’m not entirely convinced that Son Of Stone completely knows how time works…if you look on the official YouTube site where this very song is posted, it’ll tell ya that he releases “ONE NEW SONG EVERY WEEK…FOREVER!”  Boy is he ever gonna be disappointed when he finds out forever ain’t a thing, and that there are in fact, only “28 Winters Left.”  Maybe I’m looking at it wrong.  Maybe we are simply eliminating the crappiest season of the year and keeping the other three instead?  So many questions!

Anyhow.  It’s a solid single…I could see people getting behind this for the most part, it’s got a whole lot of crossover potential that could bring out the fans of Alternative, Nu Metal, and just about everything that qualifies as some kind of Rock.  “28 Winters Left” reminds me a lot of the tunes we’ve reviewed by Lazarus Benson in the past here at our pages, which is keeping decent company.  I’ll put it to ya this way – I didn’t need to look that name up for a comparison, it’s one I remember, so that should tell ya something.  Whether it is or isn’t suited to my own personal taste aside, it’s a memorable style of music.

Last I checked, ‘memorable’ is a good thing – but let’s not forget that ‘memorable’ can mean a whole lot of things.  Like…I’m probably going to remember “28 Winters Left” and Son Of Stone for the fact that he decided to go the Sesame Street route and SPELL OUT ‘winter’ at the beginning of this single…and that…well…I mean that’s just a strange choice…but I ain’t saying it doesn’t work.  Like I’ve said on these pages of ours so many times throughout the years, we’ve all gotta write about something, right?  So why not write about winter?  Why not spell it out letter by letter?  Is that going to be as exciting for everyone as he makes it sound?  Honestly, who knows?  Maybe?  Perhaps when people find out there are only “28 Winters Left” they’ll be super jazzed about singing along with every letter as the chant’em all out.

All kidding aside, what I can tell you is this – Son Of Stone holds his own when it comes to execution & overall quality.  I’m not hearing anything out of line, nothing that I’d recommend he’d change, nothing that “28 Winters Left” needs that it doesn’t already have – he’s got this single dialed into where he wants it to be, and that’s great.  The rest is all a mere matter of personal taste in the court of public opinion – some people will like it, some people will love it, and others perhaps, not so much – as is the case with every band & artist under the sun.  At the end of the day, all you can ever do is do everything you can to satisfy your own standards and what you’re looking to create, and I don’t feel like Son Of Stone has let himself down in that regard.  “28 Winters Left” is a well-conceived tune, played with pure intensity, still grabs a solid chunk of melody & has hooks people can latch onto…you really can’t ask a whole lot more than that.  It’s pretty fired up for such a cold theme, but he’s got all the right pieces in place on a sonic level, and he clearly holds absolutely nothing back when it comes time to push record.

Ultimately, as much fun as it has been to write this review and muse on the concept, it’s the theme of this song that actually makes it rad to listen to as far as I’m concerned.  It’s thought-provoking when you think about it – what if there WAS only “28 Winters Left?”  What would you do differently?  You have to look at a concept like this, and almost understand it by thinking about it in reverse.  As in, if there are only “28 Winters Left,” then you better live each and every day like it’s your last, which gives this single a kind of carpe diem-esque attitude that runs underneath the surface of what he’s saying & singing about, and that’s cool to me.  It feels like a song that Son Of Stone has thought about intensely from the overall theme to how they wanted to attack it, and that translates to a tune that doesn’t waste a single second of your time when you listen.  Son Of Stone gives this single the sonic spark of intensity that it deserved, as he intended it to, and as a result he’s got a savage cut that’s much hotter than you’d expect in winter.

Find out more about Son Of Stone at the official Facebook page:  https://www.facebook.com/sonofstonemusic