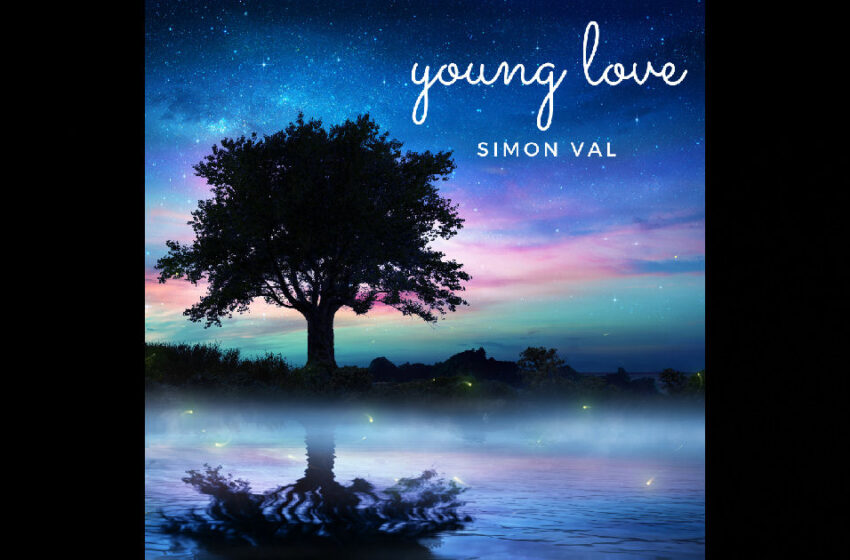 You’re on solid ground Simon – you just keep up the good work from here brother-man.

There are some people out there in this scene we share that end up getting their career rolling along at a very early age…artists that are fortunate enough to discover their passion in life and desire to pursue it before they’ve even finished school – just like good ol’ Simon Val.  Dude’s already got himself a reputation for entertainin’ established through his time onstage rocking musical theater, he’s an actor, he’s a singer…you get the idea folks, Simon was essentially born ready for the spotlight.  I admire the fearlessness and the courage he’s got, even now as the crusty old adult that I am…this guy’s out there working hard towards turning his dreams into reality, and it’s authentically inspiring.  With the kind of natural determination he has, along with his impressive vocals and songwriting talents…I mean…all I’m sayin’ is that what Simon already has in his own organic instincts has the magic you can’t teach, and it’s got a direct link with success in the future to follow.  After listening to this new single “Young Love,” it definitely wasn’t hard to picture this dude finding his way if he’s already navigating this path he’s on so steadily…he could be a Pop star, he could be a voice for an animated smash hit, he could be the person who revives the musical the next time it cycles back into the mainstream for a hot minute like it always does – you just never know!  But the point is, he’s got an astounding amount of possibilities & potential for the future to follow, and every reason to dream BIG – everyone out there would sincerely wish they had his talent at 15, and even more-so, the genuine drive he’s got to turn the wildest of his dreams into his daily reality, like he’s already been doing.

Will there be ups & downs along the way, personally and professionally?  Of course!  He’s still fifteen!  Simon’s got every right & reason to venture out into this world and still proudly make a whole bunch of the mistakes, and hopefully, learn from the process of livin’ like so many of us do.  “Young Love” details a plethora of the emotional confusion, turmoil, joy, and uplifting hope of possibility that reveal Simon’s gift for expression, a grounded & humble perspective, and how he’s clearly experiencing some of those first moments where love can be just as sweet as it can be hurtful when it stings.  I really like what I’m hearing in our young hero here…Simon’s not only singing with confidence, effective imagery in his words, and a smart structure guiding the melody – but listen to how he’s got that real insightful way of knowing where the rise/fall of the energy in his vocals should be, and how consistently he conquers that throughout the course of “Young Love.”  A lot of artists/bands can have talented singers and write a decent tune, no doubt about that – but what identifiably makes Simon audibly special straight away to my ears, is the fact that you can tell he’s connected the emotion, the music, and the moment together as one, and found the right approach to make his words every bit as real for us as listeners, as they are for him.  That’s what I’m saying about the stuff you can’t teach y’all…and that’s going to be a major part of what leads Simon to success in the future to follow.  It’s not so much that you’ll hear “Young Love” and feel like it’s something you haven’t heard before to some degree when it comes to style & sound & all that; it’s the strength of Simon’s connection to the words, music, and moment, that makes the entire difference.  It’s exactly what confirms the path he’s on is the right one that leads to destiny – conviction.  Even amidst a vivid ride through a sweet sea of memories & nostalgia, he still comes out on the hopeful side that things are gonna work out just fine…not so head-in-the-clouds that he’s thinking it’s gonna be easy, but much more grounded in the sense that he seems to know the commitment of a relationship and what really makes one strong over time is being open, vulnerable & honest, with the one you love.  Poetic wisdom and insightful words that you’d perhaps expect is a bit beyond his years on earth so far, but the evidence of his experience is all right there on “Young Love” beaming right back atcha through your speakers.  Simon makes the moment real, and he gives a song like this the sincerity it needs to be that way…to me, it’s not so much the fact that the words themselves were so honest and insightful, so much as the performance he put in was as well…he’s a very open & expressive artist and that’s gonna carry him a long, long way.  No doubt that Simon should be extremely excited for the future ahead of him – he’s got plenty of single-worthy sound goin’ on throughout “Young Love” that’ll have no problem at all sliding right up to the top spot on a whole bunch of playlists out there far & wide across the globe.

Every indication points to him going the distance with his entertainment career, and winning over all the hearts & minds listening to his music in the process – “Young Love” will have you cheering for Simon’s success as an artist in the future to follow, and move you with a catchy combination of sincere hooks & substance in his songwriting & performance that proves he’s on the path he’s meant to be on, 100%.

Find out more about Simon Val at Instagram:  https://www.instagram.com/SimonValOfficial