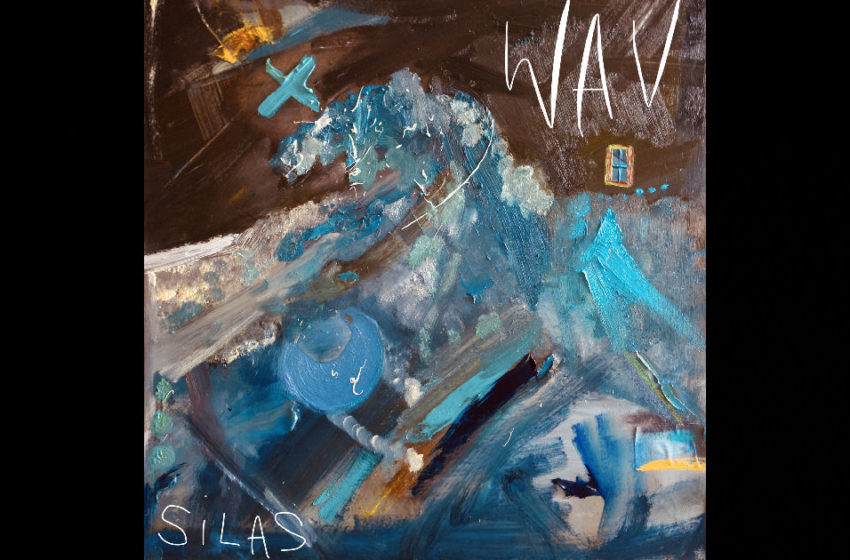 Dig this homies.  I mean, I do – and I have no idea what “Moldamensions” means!

I just know what I like, that’s it, that’s all.

I have the feeling that Silas Luster is goin’ after a different piece of the pie when it comes to the Rap game anyhow…I don’t think we all gotta get the meaning behind every word to feel this one, you feel me?  You’ll get more than enough of’em to make enough sense of what he’s layin’ down on the mic – but beyond that anyhow, it’s the entire VIBE of this song that you can really connect with.  Kind of one of those situations where the sentiment, ambitions, and odd tones in the music & what you’ll hear will reach you long before you connect each individual line to the next, or understand Silas’ thought-process on that first spin or two through his new single.  You get what he means by HOW he presents his thoughts on “Moldamensions” – you can hear the seriousness in his tone of voice – the man’s got GRIT.

You’ll hear what I mean though…whether or not every thought, syllable, and word you’ll find here is truly connected or not, Silas proves to be a master of phrasing, pace, precision, tone, and movement.  Dude’s using the words to his advantage here and that’s the beauty of it all – he’s making these syllables do the work and threading them perfectly into the eerie vibes produced by TMACTHEDJ – like the man could put on a clinic for other emcees, for real.  It’s got that slam-poetry aspect to it…gritty, raw, and real like that – like listening to his genuine thoughts in real-time.  If you listen closely, you’ll hear social-commentary and personal insight – all the while, continually rapping with a significantly signature flow that’s completely unique to himself.  You’ll hear what I mean…of course there are comparisons that you can dial-in on – but what I’m getting at is, the man is goin’ about all this on the strengths of his own instincts and natural inclinations – Silas ain’t tryin’ to be like anyone else out there, just himself.

And that’s all he’s ever gonna need to be if he keeps this up.  “Moldamensions” is engaging – that’s what’s up.  Whether it’s the creepin’ vibes and mischievous sound of the music, or the highly-skilled assembly of the structure & flow of the lyrics, or the clever craft & emphasis that Silas puts into his delivery as he raps his way through this new single – there are multiple access points for listeners out there to use as the gateway into this cut.  For myself personally, I found my way in right away, no problemo; not only did I love the sound of this cut from the drop, but the vocal samples that start out “Moldamensions” immediately hint at a track that’s gonna be memorable and stand-out for all the right reasons – and that’s exactly what ends up goin’ down.  Listen to smart things in the mix happening like the backing vocals and how essential they are…the tiny fragments of ambient sound surrounding Silas as he raps, or the cleverness of the effects used on his vocals at key points as well.  Whether it’s the words themselves and how Silas has them paced & moving, the meaning of what you’ll hear, or the actual sound of his voice – what’s happening on the mic here with Silas Luster is definitely noteworthy.

You’ll notice he’ll get political too – which I dig.  Sounds to me like Silas is with the people when he raps “vote for Sanders” in the thick of this rhyme…he’ll also reference #45 as well a couple times along the way as well I think.  There’s no doubt that he’s got lots on his mind and he ain’t afraid to let you in on it, exactly as he wants to say it, exactly as he wants to lay it down – respect to that homie, word up.  There’s a genuine wordsmith in Silas…the man gets how to use the punch, impact, and dynamics of his lyrics to his advantage…space, pacing, and tempo are his allies…description & imagery reign supreme – and his tone of voice brings it all home with a seriousness & weight that can’t be denied.  Silas crushes this cut with style, swagger, and skill in abundance – he’s definitely an emcee you’ll remember.

“Moldamensions” is from the upcoming record called W.A.V – make sure to stay up to-date on the details and find out more about Silas Luster from Twitter at this page here:  https://twitter.com/thebulife95