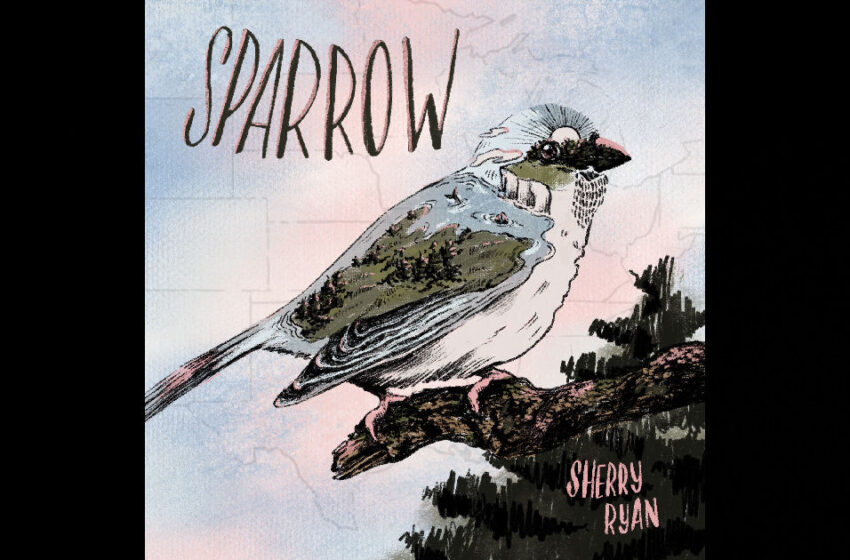 “After hearing a CBC radio interview about the white-throated sparrow’s new song taking over North America, Sherry was inspired to write about a change that’s spread all across the nation.”

I’m kidding of course…I’m referring to another viral hype that was occurring earlier this year with the ‘birds aren’t real’ movement…which I like to think was started completely in jest as an affront to the obviousness of what misinformation is & isn’t.  That might just have been the way I took it, but anyhow, that’s another story for another time – we’ve got Sherry Ryan’s brand-new single in review today, and that’s what I’m really here to talk to ya about.  She’s from the good ol’ east coast of Canada, way over there in Newfoundland, which is still a fair jaunt from where I just moved from the nation’s capital this summer in Ottawa, before heading back home to the complete opposite side of the country, to British Columbia where I originally came from.  I already miss the east coast enough as it is Sherry, and I can tell ya that your new song ain’t helping me in that department…that side of the country seems so peaceful, quaint, and friendly compared to the west.  It’d be mythical to me still if I hadn’t witnessed it myself.

Anyhow.  I suppose the point I’m circling around up front here, is that “Sparrow” has that same gentle, peaceful spirit – this is one incredibly charming, beautiful, and special tune.  A Folk song of sorts at its core…Sherry’s kind of like a combination of what it would sound like if my good friend (and fellow east coaster!) Kerry Jayne was crossed with something like Bon Iver.  However…that’s not a thing…at least as far as I know – so I suppose we have to conclude that Sherry Ryan is somewhat beyond comparison in that regard…and for all the right reasons.  Sure…it’s Folk music at the end of the day, and there’s always a comparison that could be made depending on how far we’re willing to stretch – but to be honest, there’s not too many artists/bands that really have the captivating combination of melody & sincerity that Sherry’s working with.  I’ve read about her being compared to John Prine and Lucinda Williams – and those are both fair & valid observations…she’s kind of like other homegrown heroes like Roberta Carter Harrison of the Wild Strawberries with a tinge of Sarah McLachlan combined too…but still, no singular comparison seems to quite cover it all.  She’s got her own thing goin’ on within the Folk sound.

In my humble opinion, there’s absolutely nothing not to love about Sherry’s new single…it’s flawless.  She’s got a phenomenally endearing voice and signature style that is captivating & outright mesmerizing – and the band she’s playing with, is built of pure professionals.   For real – they ALL deserve a shout-out for how exceptionally well this whole single came out, so I am gonna take the time & give’em one!  You’ve got Brad Power (Electic Guitar), Andrew James O’Brien (Acoustic Guitar), Dave Rowe (Bass), Chris Donnelly (Drums), Mara Pellerin (French Horn), and Maria Peddle (Backing Vocals) joining Sherry, who also plays the synth sounds you’ll hear in addition to her singing this song for ya.  Everything stacks up to a remarkable win…the balance is purely impeccable and the sound of “Sparrow” is genuinely fascinating.  I might be inclined to give Mara the extra bonus points because the French horn makes for such a stunning complement to this whole song…but truly, I’d be splitting the finest of hairs – this entire song has come out as perfect as perfect can be.  And if I’m feeling that way, not necessarily being the world’s biggest Folk music fan to begin with – just imagine what real lovers of the genre are gonna think about this single!  “Sparrow” is written beautifully – and Sherry herself, really is THAT enchanting, and THAT good…you feel like you’re really experiencing something remarkably special in listening to her new song.

Like…I feel like I’ve just discovered true Canadian treasure here…I’m that impressed with Sherry, and that proud that she’s coming from the country I’ve called home my entire life.  If anything – I feel freakin’ guilty that I’m just learning about her now, when she’s about to release her FIFTH album called Shout For More, this October 12th!  While this might be my own first experience with her music, I can wholeheartedly assure you that “Sparrow” takes you right into the heart of what makes Sherry as special as she is…the vivid lyricism…the inviting & comforting sound…the awe-inspiring professionalism – her all-out remarkable vocals…everything you wanna hear in a great single is found right in this song.  For as delicate as it appears, it makes a completely BOLD impression…and I will remember Sherry Ryan.

“Sparrow” is authentically moving to the nth degree, and a single that she should be extraordinarily proud of…this is the sound of an artist that is absolutely meant to be doing what they’re doing, and has found their way comfortably to the center of their career, now executing at an all-star level.  I’m truly beyond impressed – I’m outright amazed…and if this is an indication of the quality we can expect to find on Shout For More when it comes out this October, it’s gonna be the most apt title for a record, ever.

Someone get that classic Canadiana-clip for “A part of our heritage” ready…because that’s what Sherry IS…it’s rare that I get all excited about homegrown talent when I love so many artists & bands that come from all over the globe…but there’s just something that feels so incredibly magical about this single…like we’re all about to witness the arrival of Sherry Ryan on the world stage, right around the corner in 2022.

Find out more about Sherry Ryan at her official website at:  http://sherryryan.com