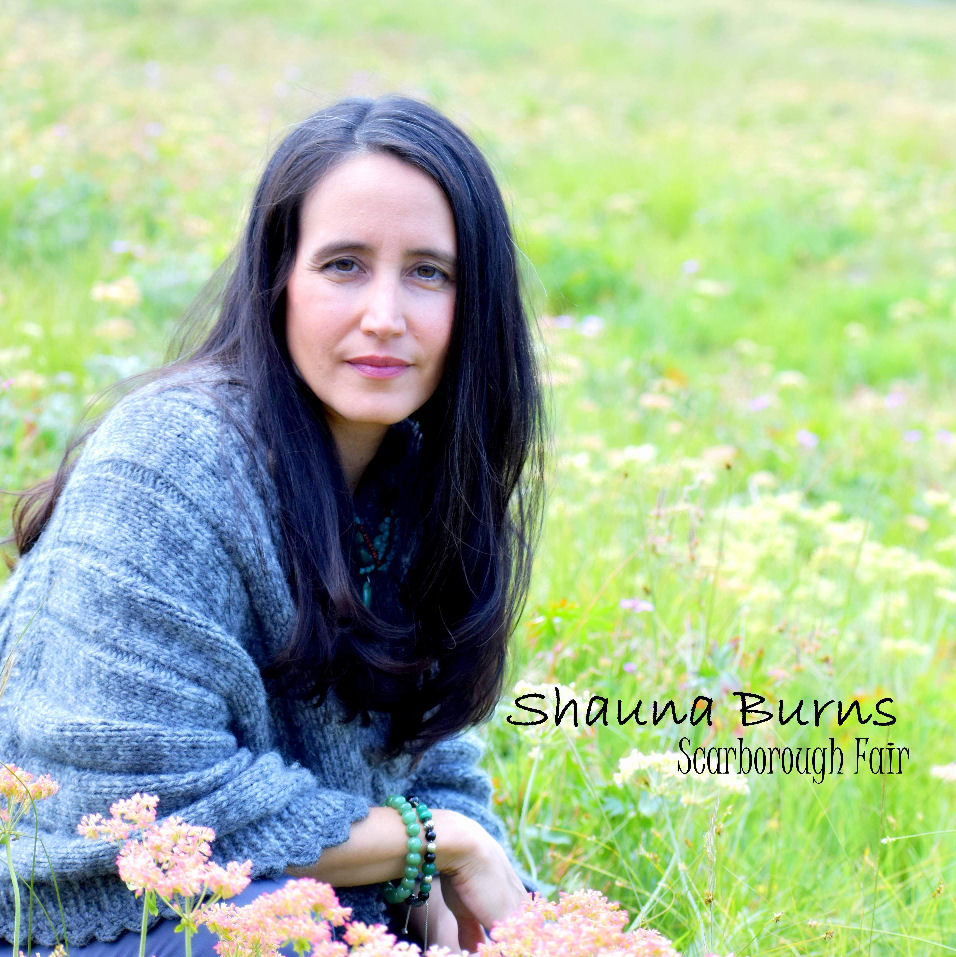 Interesting track from Utah’s Shauna Burns…there’s a real haunting mystique in the melody that hangs in the atmosphere of this song as she plays it, giving it a real captivating charm that pulls you right in.  If it sounds somewhat familiar to you, that’s likely because the song itself is older than you are, originally written as an English ballad long, long ago.  In the world according to Wiki – “Scarborough Fair” traces back at the very least to around 1670 to give you a frame of reference…it’s a timeless melody that’s been around for ages and passed down proudly through generations, revived every so often by an artist or band out there ready to put their own perspective into its sound.  That’s where Shauna comes in.

Through the gentle, crystalline & Celtic sound of her approach to “Scarborough Fair,” in many ways would probably take it back closer to the roots of its original sound, but through stunning production and her own expressive performance, she gives this cover the merit it needs to succeed out there today.  Shauna’s somewhat pushing a boulder uphill in the sense that the audience for this kind of style/sound is a lot more niche than others in a way – but for anyone that’s enjoyed the music of artists like Tori Amos or Kate Bush, this wouldn’t be too much of a leap at all.  I suppose what I’m saying in regards to the sound is that there’s definitely space for this in my world…while it might not be what dominates the mainstream out there, what Shauna’s doing with “Scarborough Fair” has the kind of execution that lasts.  I really think it’s a stunning cover…the technique and beauty that Shauna plays piano with highlights the organic connection she has with her instrument; if it wasn’t for the flawless way she sings this song, that’d probably have been the only thing I heard.  There are other really subtle elements that occasionally creep into the mix and play a role for a moment or two – and they all add in strongly into an atmosphere that’s really gorgeous from every angle, but…BUT…that piano is truly as graceful, angelic and expressive as Shauna is with her vocals.  She takes a really artistic approach with the way she sings “Scarborough Fair” and I definitely think it puts the ultimate cherry right on top of this tune; she’s not only nailed it on a technical-level, but she’s really added tremendous character and depth through her vocal-style, adding so much into this experience it’s audibly undeniable.  The slight Celtic twist into the sound is brilliantly threaded into her performance and into the melody…again, I think she’s done a truly exceptional job of taking this song into a truly captivating place…my ears wanted to absorb this as fully as they could.  Shauna’s professional use of pacing and space are wonderfully insightful…with no other sounds around you and only this song playing, it’s like nothing else at all is happening out there in the world, and if there are things happening, I’m more than happy to ignore them until I’m done playing “Scarborough Fair” or need water…then and only then will I come out of my bunker.

I think it’s the kind of song that gives real depth to an entire album…as a single, I think it’s a solid representation of who she is and what she’s capable of as an artist, but tougher to say if this will snag new listeners to be truthful.  I know it caught me, that much I know is true; so there’s really no reason I can think of that it couldn’t catch on that way…it’s just also undeniable that “Scarborough Fair” is much, much different than a lot of what’s out there in the ol’ mainstream.  In many ways, that’ll play to Shauna’s advantage over time…the people that discover her music will likely remain fans for life…she might have to fight a little harder to get these gentle sounds out there into the world, but I have little to no doubt at all that once people hear what she’s capable of, they’ll want to hear more like I did.  I don’t believe you can be this expressive in music without being 100% authentic…and Shauna definitely is.

Beautifully played, perfectly sung…there’s nothing I’d complain about with the Burns rendition of “Scarborough Fair” – I’m more than willing & proud to advocate on behalf of music like this being heard.