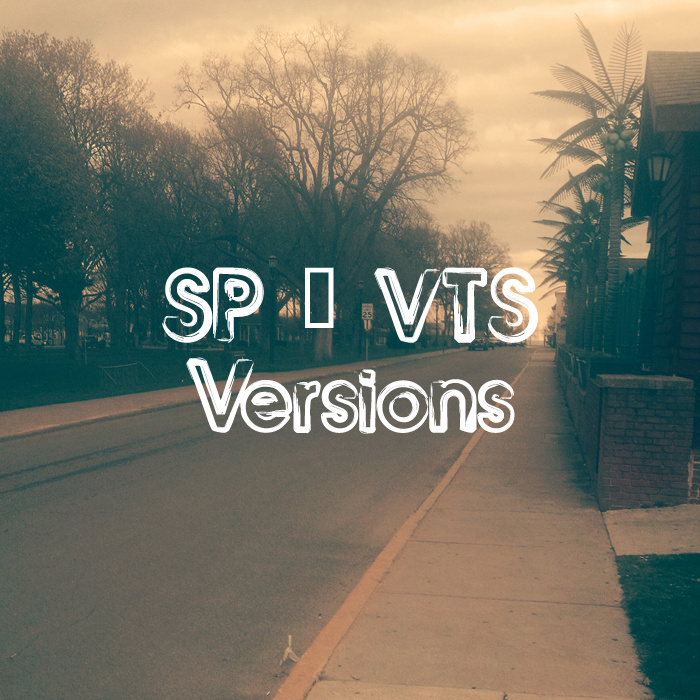 Scott Paris & The A/V – Via The Sun Versions – Album Review

Here’s a combination of talent that works extremely well together. Solo act Scott Paris has taken on instrumentals from rock band Via The Sun in an impressive collaboration that blends the powerful and intense music of the band with paired energy up front from Scott’s vocals. Often melodic, but just as easily described as explosive; these songs play wildly through the speakers with a perfectly mixed sound that really highlights just how well this assembly of talent has pulled off bringing their skills together.

And as far as these guys are concerned, together as a single entity…this is music that shines brightly with energies designed to amp you right up and inspire your day through vibrant songs that REALLY move.

The heaviness of the music and the infusion of Scott’s tremendous voice bring the music through a range of styles and sounds…there are moments where this combination feels close to the music of Thornley or his work in Big Wreck; when they step harder into the gloom and dark, they almost sound like Cold. What might have come out too similar to Cold’s murked-out melodies are diversified through the tight-brightness of the music and production overall; while melodies come out in a similar despair lyrically…they’ve brought up the energy enough to bring the music out of the dark and into the light.

Definitely some real highlight moments on this collaboration as it winds through its versatile nature. Maintaining a vicious rock edge, songs like “More For You” and “Step Right Up” subtly also include huge pop/rock hooks that are undeniably catchy and pull you right into the melodies. Then there’s a track like “Come Back Soon,” which kinda makes me wonder WTF happened to the commitment previously displayed…this is a very strong song, or…it could have been. Not quite sure what happened with Scott on this one…I think even he would potentially hear this one back in comparison to the rest and feel like he might have taken this song as a rest. Hard to not hold him responsible on this one…the guy has displayed multiple moments of brilliance up to this point, and it’s completely undeniable here…he’s missing that conviction and belief in this song and unfortunately that translates to a performance slightly dulled when it could have been razor-sharp. If “Come Back Soon” had the same amount of ferociousness that Scott had previously displayed…hands down this would be one of the best tunes on the album with the excellent ideas in the music and lyrics.

Bringing them into territories previously occupied by Trapt or Adema, songs like “All Or Nothing” might not help this combination as much as a track like “The Business Of Digging Early Graves” will. Scott reaches strongly throughout this excellent song, providing large parts that display versatility in the writing process and echo real talents from his chest-cavity. Definitely a man that understands how to write a powerful hook…at his most creative he can lift up a song to all new terrain and tones. Worst case scenario, you’ll find yourself just listening to a really good song; that’s really not a bad place to be in as a listener. Truthfully I’d say there’s no ‘dead’ material on this record…every song has something explosively captivating to offer; just some more than others is all.

The switch into the melodic parts of “Weather Balloon” for instance…like, I’d never have seen that moment coming, and it works awesomely. In a bizarre way, I think Scott reminds me more of Elvis Costello in tone and style than he does any other singer out there…but it’s like his own incarnation of EC has decided to do nothing but rock and rock some more. Musically…I feel like the songs put forth to Scott from Via The Sun were a one-of-a-kind GIFT; I wouldn’t take anything away from his ability to find the right words…but listening to the flows of the vocals and the dynamics of the music…well…you’ve gotta appreciate that Via The Sun has nearly written the blueprint for where to take those lyrics and vocals. Together, they find the perfect placement each and every time that allows both the music and the vocals to find their own moments to shine separately and explode perfectly together when united.

Ending on one of their strongest songs together, “Monster” sees this collaboration enter into circles that carry bands like Finger Eleven with a massive sound in the music matched by the vicious energy in the vocals from Scott Paris. I think that’s a good place for these guys to end up and it puts them in the right crowd of bands to carry on with…and I’m truly hoping this combination continues on; I really think Scott has found a home here with the music of Via The Sun.

Time will tell of course…and so too will the amount of listening you put into this new project – so go DO that! Go listen to this new album from Scott Paris & The AV using music from Via The Sun; if you want something to spark your day, amp you up or get you excited to go kick some ass on living life…this is an excellent album to bring that kind of energy straight into your world for good. Definitely a collaboration that I can only hope hears themselves like I do now and has the foresight to carry on this project for years to come; it’s wickedly entertaining and wildly intense.

Find out more about Scott Paris right here at his official page:  http://scottparislive.com/