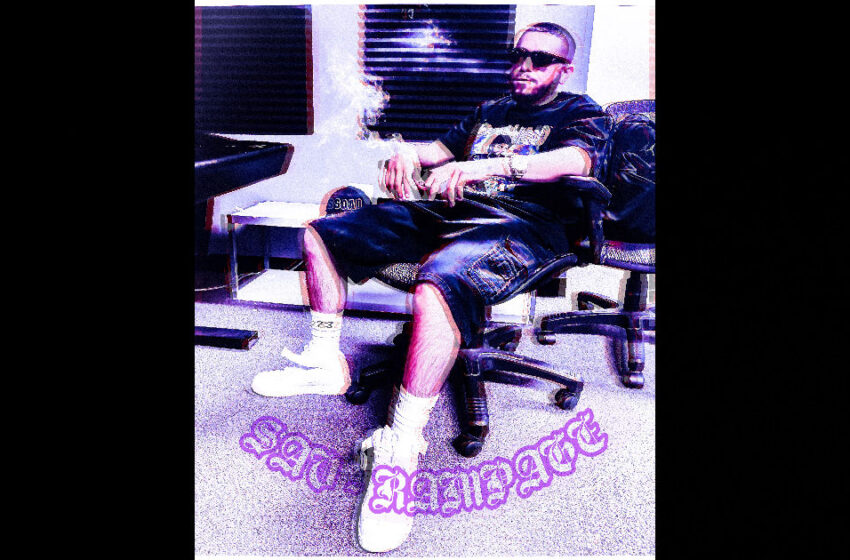 Ahhhh yes…just another day in the life of…

…wait a second here – did SAV just say what I think he said?

He did!  “I might just make her hold my dick when I piss” – heat/pulse-check…yep…I’m awake.

I never have a problem with a line that’s guaranteed to raise an eyebrow or two for the pure shock value – and if it wasn’t for the sheer amount of finesse, skill, and speed puts into the m-i-c, I might have just kept us all busy trying to dissect that one line all damn day, you feelin’ me?  Like for real…first off, who MAKES someone else hold their dick to begin with these days…let alone when we’re using it to piss y’all?

But maybe that’s just me.  Like I always tell ya – I just know what sounds good, and there’s no doubt that SAV’s return to the scene this year has got him sounding completely large & in-change on his new cut called “Rampage PT. 1 (Rough Draft).”  And before you ask, helllllllz YES “PT. 1” implies there’s a “PT. 2” comin’ out as well – so make sure you’re keeping your eyes on his pages so that you’re the first to know when it all goes down & gets released online.  AKA SavLocz – the man was officially been released from the penitentiary at the end of last year – and according to SAV, he “WILL NOT STOP TIL THE CASKET DROPS.”  I’m feelin’ inclined to believe him based on the mix of straight venom, fire, and brutal honesty he’s spittin’ on “Rampage PT. 1 (Rough Draft)” – this dude’s got the fire within him & he sounds 100% ready to burn the whole world down on his way to the top this year.  So move bitches, and get out the way – because it’s crystal clear that SAV ain’t fuckin’ around, and that he ain’t stoppin’ til he’s six feet in the ground!  Good luck puttin’ him there…this guy is alive & THRIVIN’ in 2022, fresh off the drop of his single “Dagger” online and already looking to score that next hit with “Rampage PT. 1 (Rough Draft)” – keep him on your radar, and keep him right at the top of your playlists like the man fully deserves to be.