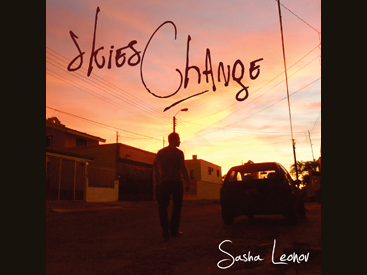 It wasn’t that long ago that I felt I recorded my own music in a similar fashion to what Sasha Leonov is here on Skies Change. I made music that I believed in, was passionate about, I even think they were good songs! But at the end of the day I still hadn’t come into my own…there was still another breakthrough to achieve, another level to unlock in myself before I was able to truly let it all out.

Listening to that music now, I know that. I don’t know that I did at the time. At the time I thought I might have been giving it everything I had, but later on would discover different recording techniques & tricks that helped me get the maximum out of my own voice. I still think the performances are alright, but also hearing them now there are many I wish I had done differently, or at least with the confidence I have now.

After taking in the first two singles from Sasha Leonov, “Believe Once More” and the title-track “Skies Change,” I felt the same way about his music. The songs themselves, they’re great; it’s strong material. As for Sasha’s vocals, they’re completely spot-on in tone, timing and melody. They’re both beautiful songs in their own right…sweetly-toned acoustic music that couldn’t possibly offend an ear with crisp & clear sounds that are warm & inviting. So what’s not to love?

The missing confidence often takes a little of the energy out of Sasha’s performances. And that’s no good, because he should sound confident about his material, he’s writing great songs…he just has to bring them there to the level they need to get to, and he’s not all that far off. Against the piano and acoustic backing of “Cicada Chorus,” I hear a couple things that could possibly help. The easy fix would be to set his vocals just a little bit further back into the mix…but that wouldn’t replace the potential gold he could have on his hands with any of these first three tunes he could find with one or two more run-throughs in performance. And what I’d honestly do in this situation, were I Sasha, would be to turn up the volume on the music in my studio headphones so that it is LOUD…I’d record my vocals just a little above the level where they’re fighting to break through the music, so that I can hear them clearly still, but that I’m having to put in that extra energy and power. I think with slightly more confident performances, these songs of Sasha’s could go from good to great quite easily.

That being said, Skies Change is also a collective of songs Sasha’s put out over time, since 2013 I believe. As “Always” starts with a song from 2014, the music comes up in tempo quite a bit. Piano is absolutely excellent, love the frantic beat, the strings…again, this guy can write a song there’s no question about that. His vocals to this point have yet to change too much, but with less of a verse & chorus in this more lyrically-sparse track I think works well to his advantage on this particular tune. When the music drops slightly towards the end to let his voice ring out over top, you have to admire his ability for melody. With a little confidence, a little more vibrance & energy and I think we’ll be potentially looking at a real force on the soft-side of music.

“Far Away From This Place,” is a really gorgeous tune. Those first chord switches in the opening intro are a real magical moment. Now…I’m not saying that he’s hit his maximum potential here yet – but I certainly will say there’s a much improved performance from Sasha Leonov on this song, the confidence is beginning to show itself here on this track from late 2014. I kind of want him to make a mistake you know? I just think it would be good for Sasha. I don’t mean that in a vengeful way whatsoever…but the guy concentrates and focuses on tone so much that at times I find myself wishing he’d switch it up for a more reckless but real performance. The song-writer is in there…I don’t want anyone out there to get me wrong…no matter how this article ends up or sounds, please know I’m on Sasha’s side and I’m pulling for him. I think there’s excellent potential here; and because my brain can’t believe my ears would lie to it, I’m also positive that the things I hear in Sasha’s music are aspects that he’s well aware of by now. He’s writing incredibly emotional material…we just need to hear the connection to it a little more. Again, it might just be me, but I’d trade a little less perfect for a little more authentic every day of the week…and I truly want to know what it sounds like when he just lets loose and GOES for it.

Skies Change moves into “Meet Me In The Early Morning,” which is a short, sweet, brilliant all-piano instrumental. Sasha clearly has skill in his playing, his music is literally as perfect as the tone in his voice, but to one-up those vocals, you can also hear on a track like this how much more comfortable he is at the instruments right now in comparison to the microphone. I think it was a wise choice to leave this track as it was, it’s a truly beautiful song and executed with perfection. It really does well to highlight his ability to create melodies and put that emotional impact he’s capable of right into the music.

Ending on “The Sun Is Shining Through,” is what I was least sure about as a decision. Of all tracks, this was the one where he needed to bring about that change in style, tone, energy or delivery of his vocals. As the music picks up around him with excellent bass, groovin’ guitars and a quick beat, Sasha doesn’t quite match up to the energy of this track with his lighter sound and careful delivery. It almost sounds like Donovan, now that I come to realize it… As a tune itself, it’s an inspired music performance…and I’m not saying that Sasha all of a sudden has to become a beast behind the microphone growling and snarling out his tunes…I’m not saying that at all; but if he went after it with a bit more of a push of energy to get to those tones solidly and confidently…well again, I think he’ll come out stronger overall.

As it stands, Skies Change certainly reveals the heart, want and desire of Sasha Leonov, and definitely highlights a song-writer with vast potential. With the support for his music continuing to grow alongside his experience in recording, playing, creating and performing…I’ve got high hopes that the next time we hear from Sasha will reveal a much more confident entertainer full of the passion, performance and LIFE that these songs he writes deserves.

Find out more from his official page at: http://www.sashaleonov.com/ 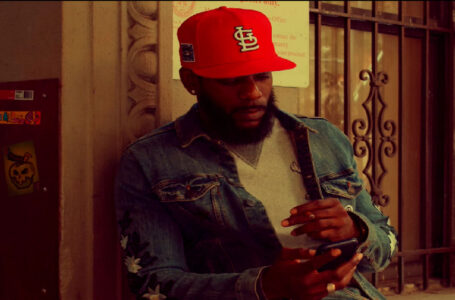