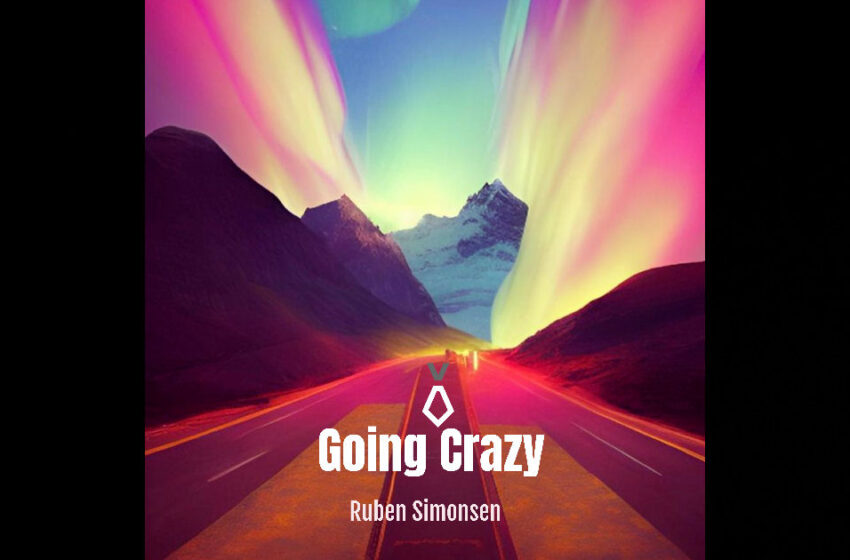 From what I can see out there online, it looks like Ruben is about to head into what you’d consider to be the third phase of his professional career.  You’ve got his earliest recordings released, which trace back to about a decade ago with singles like “Burning Car.”  Then about seven years later in 2019, he pops up with “Not Human” & “This Boy” before releasing “Burning Car 2.0” & a few other tunes in the following years.  In comes the pandemic era & whatnot…Ruben takes a short break, and then heads to Germany to meet with the dude from Toneaffair and see what they can do in collaboration, the results of which are now starting to roll out onto the internet.  Exciting times!  I can hear the potential this duo has.

Though I’ll be real with ya, as I always am…there’s still work to be done.  There’s no doubt about the fact that Ruben can sing – you listen to the chorus of a song like “Going Crazy” and it’s abundantly clear that he’s got tons of talent…to the point where I don’t think anyone would really question his place in music.  If we’re talking about the verses…I might be inclined to tell you otherwise somewhat.  I’d still tell ya that he’s a talented dude, but I’d definitely tell you he’s still searching for that confidence either in himself or in the material that makes the difference.  That being said, it’s very possible that’s the case given that he even references this in “Going Crazy” where he sings about “getting my self-esteem back, bit by bit” – any artist would tell ya that you’re better off with having that self-esteem than without when it comes to the art of singing.  That being said, every single one of us knows that self-esteem ain’t formed overnight…it can take years and years to build up the level we really need to be as functional & capable as we’d like to be, and I fully understand that not everyone starts making music after that – in fact, more often than not we start making it before, and it’s somewhere in the learning process that our confidence & self-esteem is really formed.  What I’m saying is that, if the lyricism of “Going Crazy” is anything close to autobiographical, then it makes sense that we hear a bit of unevenness to this performance from Ruben & it’s natural that we can hear he’s a bit timid in the verses, and much bolder in the main hooks.  I’m not opposed to the song itself though – the writing is actually really solid, “Going Crazy” is about very real emotions and thoughts that many of us can relate to…Ruben’s got a valid idea here, and I think he’s just gotta really summon that confidence required to nail it down as tight as tight can be.  Basically, if the same guy that sings the chorus is the same guy that sings the verses, he’d be in great shape – and yes, I know they’re both Ruben…but you get what I mean.  We want to hear that same level of passion and commitment to the moment in both main halves of the song…right now, that’s what’s causing the slight imbalance we hear – Ruben’s absolutely fantastic in the chorus, and the verses of “Going Crazy” need just a little bit more of that same magic in order to have the same level of consistency we wanna hear on our side of the speakers.  But again, he’s clearly capable – that’s the great news.  He’s got the right partner in Toneaffair to work with…the music is good…a bit spare in the verses, which could also be a factor – but hearing everything spring to life during the chorus of “Going Crazy” is real confirmation that the right pieces are in place for success from here on in…and I’ve got more good news about that…

…because I think Ruben & Toneaffair might very well be about to release their best track to-date, right around the corner.  “Tonight (Hey You, Me)” comes out next year on January 13th – and if you’re a fan of Pop music, I’d imagine this cut will be a tough one for you to resist.  So why try then, right?  It’s better to just give in, turn it up, and enjoy yourself…you can thank me later for the tip.  What’s interesting to me however, is that in behind the scenes here, I happen to know Ruben’s actually wondering what people are going to think of “Tonight (Hey You, Me)” more-so than he was worried about what anyone would say about “Going Crazy” – and to me, that’s pretty wild.  Honestly, I don’t really even think there’s any comparison that can really be made…”Going Crazy” is an alright tune that could be done even better with a bit more focus and time, whereas “Tonight (Hey You, Me)” is stocked full of single-worthy sound from start to finish, and it’s completely ready to go right now.  So any trepidation Ruben, is fully self-imposed there my friend…everything about “Tonight (Hey You, Me)” speaks volumes on behalf of your ability to create hit songs.  Great dynamics in the melody, solid music from Toneaffair once again, smart ideas in the production/layers/effects in the vocals…quite honestly, I think Ruben’s going to find out that he’s put out a genuine fan favorite when “Tonight (Hey You, Me)” gets its official release this January.  That’s kind of how things go as artists though…we second guess ourselves in the strangest of times, and almost all of our favorite songs end up not resonating with the fans as much as we’d like them to.  So take it as a good sign that if you ever think you’re about to put out the craziest song ever, it’s probably a really good idea.  I fully believe that “Tonight (Hey You, Me)” is gonna be a big hit with Ruben’s fan-base and help blow open the doors of opportunity for him to have the best year of his career to-date in 2023.