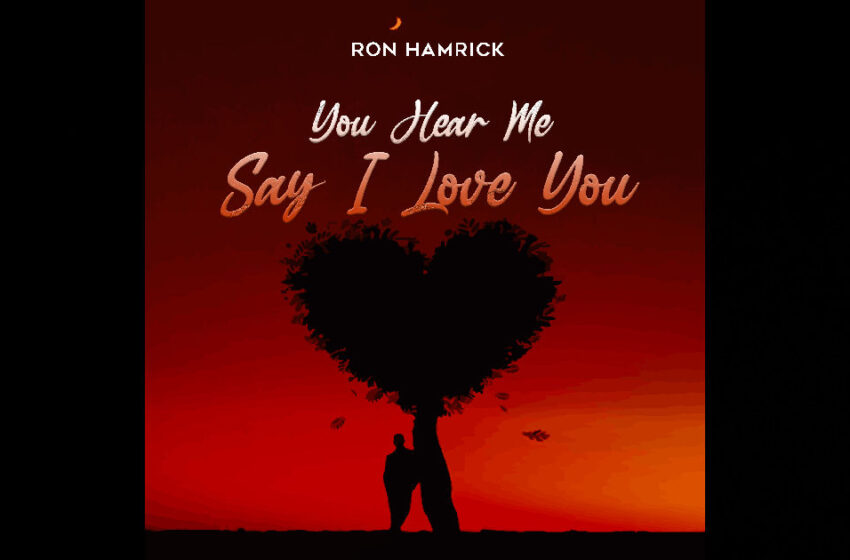 Ron Hamrick – “You Hear Me Say I Love You” – Single Review

Somewhere in between the earnest & humble sound of Neil Young’s style and the Armageddon-era of the Aerosmith catalog, you might find a tune like this.  Which kinda makes sense in a couple of ways really – sure there’s a similarly endearing tone to Ron Hamrick’s voice like you’d find in an artist like Young, and string sounds that’ll add a warm & shiny glow to the atmosphere of his new single here like you’d find leading the way on a track like “I Don’t Wanna Miss A Thing” from back in the day & flashy guitar solos in the mix for ya – but this man right here is also a Billboard recognized & renowned songwriter.  It essentially fits that a critic like myself would draw to the conclusion that someone in that category would end up getting compared in a roundabout way to a band that has long worked with giants from that side of the industry like Aerosmith has…names like Jim Vallance, Desmond Child, Diane Warren etc. – the cream of the crop, as it were.  I’m realistic in the sense that in listening to music come through these speakers all day, every day, I’m well familiar with what’s out there right now & I know even with his credentials a song like “You Hear Me Say I Love You” is in for an uphill battle when it comes to the masses & mainstream…but relative to how many people there are out there across the internet, this hardly even matters anymore in the long run.  The people that will dig what Ron does will find him eventually & I’d imagine once they connect with his passion & desire to make music, they’ll find plenty worth sticking around for.  The man’s got plenty of tunes out there I can tell ya that – there’s a huge list of’em right there on his website that reveals how much time & effort he’s spent dedicated to his craft. 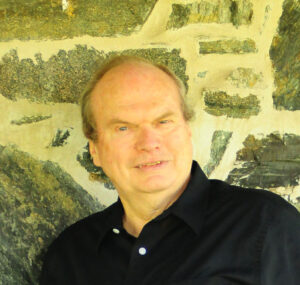 Ultimately, it really just depends on what the goals are for Ron himself and what he wants to do with any given tune he writes…and that part’s relatively unknown.  Maybe he intends to shop a track like “You Hear Me Say I Love You” around to those out there looking for a love song to record, maybe this is as simple as creating another tune for the pure love of the game…it could be either, it could be both.  Maybe Ron’s created a love song for someone out there specifically…and if so, that’s a beautiful thing.  It’s tough to find the will to complain about a single like this that’s built on pure sweetness & charming sentiment…and from what I can see in social-media posts & whatnot online so far, the reaction to this track pre-release has been pretty positive for Hamrick; like I said, there’s undoubtedly an audience out there for him just as much as there is for anyone else in any style of music under the sun – and clearly you can tell from Ron’s posts online that plenty of people have been finding their way into his music.

I never pretend to know the full story of an artist or band in listening to one single tune…we all know there’s so much more to it than that at any stage of a career.  As an introduction to Ron’s style & sound, I think there’s a lot of endearing humbleness to what he does that is certain to connect to a bunch of hearts & minds out there, and I have little to no doubt he’s giving “You Hear Me Say I Love You” what he’s got to give it.  That being said…are there gonna be moments where you’ll hear him sing for a second or two and feel like the words need a bit more power behind them to reach their maximum potential impact?  Sure.  Most likely, you will – I did.  At the same time however, what you’d be trading for completely polished edges on a song like “You Hear Me Say I Love You” would be for the humble integrity of his own uniqueness, and likely threaten that sincere connection people would form with the honest & raw sweetness on display throughout this single – and in my opinion, that’s not a trade ever worth taking & I’m glad Ron hasn’t.  You be you Ron – that’s always what’s most important – and like I said, the people will find ya one way or the other…those that love what they hear will stick around as loyal fans, those that don’t will simply move on to something else that moves them…that’s the nature of this here music-game and I’d suspect a man of his tenure in the scene is already familiar with all that.

The piano/keys work well to guide the melody…the guitar shows a complete depth of skill in the solos between verses…personally I want a bit more out of the variation in the sound of  drums, but maybe that’s just me.  Lyrically, I think Ron has done a really good job on saying what he wants to say, how he wants to say it, without it going overboard or becoming insincere through some bizarre pretentious allusion to what love is all about – when it comes right down to it, he hasn’t really flowered this up at all when you hear the results, and that’s what makes it worth your time; this sounds like it comes from his heart, as plain as day.  This isn’t to say it’s lacking details or description – quite the opposite really – it’s more of a comment towards Ron knowing full-well how to give a song what it needs to have in its words without snapping our suspension of disbelief, how he stays focused on what the goals, intentions, and ambitions for “You Hear Me Say I Love You” really are, and how he adds authentic meaning to his lyrics through genuine subtlety & natural charm.  And I’ll tell ya folks – there’s always interest in qualities like those in a songwriter.  Ron Hamrick brings a lot of organic sweetness to his new single – and you can find that out for yourselves on March 12th this year when it gets released to all the ol’ major music platforms out there.

Until then, make sure to find out more about Ron Hamrick from his official pages below!

Tags: Ron Hamrick Singles sleepingbagstudios You Hear Me Say I Love You