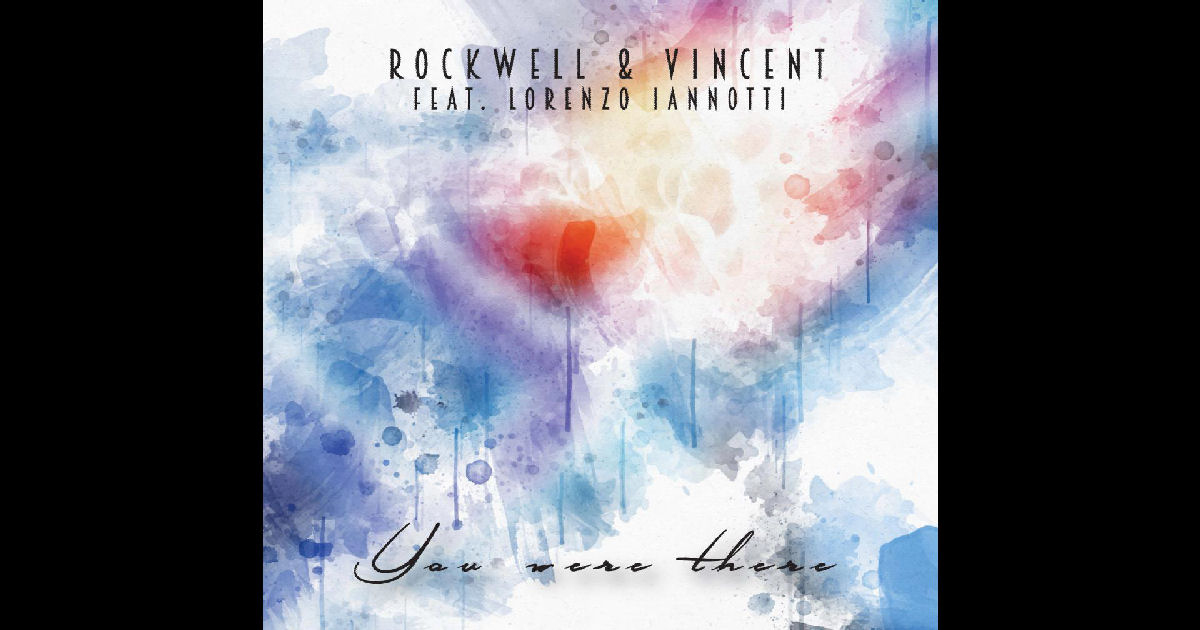 Rockwell & Vincent – “You Were There” Feat. Lorenzo Iannotti – Single Review

Ohhhhhhhh boy…get those lighters out and get ready to hold’em up high for this one!

The Australian duo of Rockwell & Vincent are entirely straightforward in their ambitions and pursuit of their 80’s style of big rock-anthems; they’re upfront about it and I appreciate that.  I was born and raised in the 80’s to a local musician…a keyboardist in fact…so believe me when I say I’m well familiar with the vibe that Rockwell & Vincent are going for on their new single “You Were There” – you could find something like this playing loud & proud from our cassette-deck stereo system any day of the week.  Of course it has been a while since the 80’s now…at least according to the amount of grey in my beard…so all I’m saying is that it’s nice to have a warning before heading down the nostalgia trail and I dig their honesty.  They’re not making any apologies about their style of music, nor should they!  The mere fact that Rockwell & Vincent have a national fan-base so savagely strong & supportive that they’ve been able to directly finance their upcoming album Xyber Jam without having to resort to hawking their own kidneys like so many of us musicians have to do should tell you that the 80’s scene is still alive & thriving.

For this particular single, they enlisted the assistance & talents of singer Lorenzo Iannotti.  Joining the duo of Paul Rockwell (Keyboards/Drum Programming) and Tony Vincent (Guitars/Bass) in collaboration – to read about it on paper, Lorenzo was the number-one draft pick for “You Were There” – and then you hear it and can easily understand why that is.  Lorenzo’s got a very distinct approach and unique instincts that lead his performance into the highly dramatic, emotional & powerful style of sound that fills in that missing piece the duo were looking for in a satisfying & memorable way.  I think he’s taken some pretty bold chances with how he’s chosen to sing “You Were There” and that ultimately, he’s found the right angle.  I’m not gonna lie…the first spin, I was semi-sure about it; the quality and textures in Lorenzo’s vocals are so rich and expressive that it does take some getting used to for a second or two – but with a couple of repeat listens, like anything unique, you start to crave it and want it more.  He’s done the writing, structure and sound real justice with what he’s done here in my opinion…which is just as much of a compliment to the performance by Lorenzo as it is to Rockwell & Vincent for making the right call as to what this song needed.  The verse is packed with drama and the chorus is packed with the payload; for those of you out there on the fence about anything-80’s, you can still hear common elements that could be compared to The Killers, Thriving Ivory, or even Australia’s own Eskimo Joe.  Personally I don’t know how anyone would escape the power & pull of the chorus and the captivating way that Lorenzo sings it…he’s nailing it with a mix of melody, beauty, precision and style all his own.

As for these other two fine gentlemen…the music-makers behind the microphone…Rockwell & Vincent show that they definitely have a thorough understanding and deep-rooted respect for the 80’s sound & style.  While a rock-ballad like this might not be recreating the wheel, they’ve never once pretended that the goal was anything other than to replicate a certain type of music they know & love and share that magic with the many other people out there that know & love it just as much as they do still today.  Paul does a fantastic job with the keyboard melody-lines that fuel the uplifting energy and spirit of the music, Tony does a great job of adding colorful guitar notes & tones that soar into the mix during the chorus.  Production-wise, “You Were There” has an audible amount of theatrical-space in the ambiance of the song, leading this new single to feel like it has a live-vibe to it…I think they’ve done a great job in capturing the essence of the 80’s spirit and flashing that confidently in all its neon-glory on “You Were There.”  They’re upfront about their sound, so you know what to expect – and if the 80’s style is one you find yourself searching for today, I can say with confidence that Rockwell & Vincent are happy to supply!

Tags: Lorenzo Iannotti Rockwell & Vincent Singles sleepingbagstudios You Were There