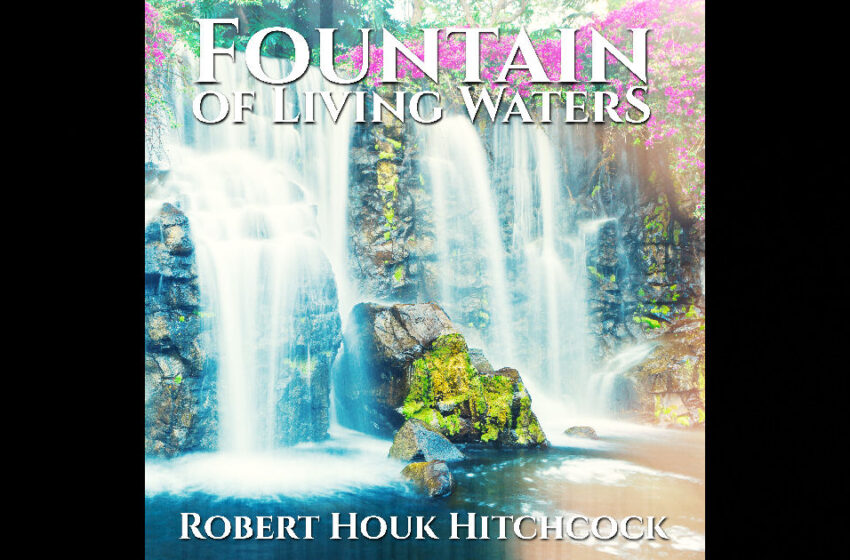 A good man he most certainly is, and he sounds just as excellent.

I’d be hard pressed not to love this latest track by Robert Houk Hitchcock given just how much he reminds me of my favorite band of all-time on this new single he’s got.  “Fountain Of Living Waters” could have slid right onto the lineup of a ton of R.E.M. albums in their catalog and I might not have even batted an eye or realized I would have been listening to Robert and not Michael Stipe’s own splendidly poetic mix of grounded wisdom.  From the twinkle of the guitars and the artistic design of this mellow gem, to the insightful tone in the vocals of Houk Hitchcock on the mic, there’s plenty to love here about his brand-new tune – he’s got an exceptionally alluring & interesting sound that instantly earns your full attention, and a welcoming style of sound that invites you right in to sit and listen to the magic unfold.

While a comparison like that obviously draws out an inherent bias in my own personal taste that can’t be ignored – it’s also notable that Robert being a faith-based artist, and me being well outside of the realm of religion, we should almost naturally have some sort of clashing somewhere along the journey.  In my opinion however – this is a perfect representation of how an artist like Houk Hitchcock is able to reach even further than the followers of Christian faith and speak to listeners on the fringe like myself, and perhaps to many of you out there as well that feel much the same.  As I’ve said a million times on these pages of ours, I’m not anti-religion, or anti-anything really – I’m pro-you-do-what-ya-wanna-do & I’ll do the same, full-stop.  As long as you’re doing what makes ya happy, and it ain’t hurting someone else out there, you’ll always find I support you in the pursuit of your passions, religiously-based, or not.

Anyhow.  The point is to highlight the fact that Robert’s got impressive songwriting skills and a sound that more than speaks to me – I found “Fountain Of Living Waters” a pure joy to listen to from start to finish.  I think the acoustic guitars in the mix are equally fascinating & fantastic to hear – and I felt like the percussion & delicate drums to be found along the way were the perfect bedrock of support to both lean on, and enhance the entire atmosphere with real majestic sound.  It’s the kind of song that has you genuinely feeling like you’re witnessing something seriously special…like you’ve discovered a utopia you can share & call home – “Fountain Of Living Waters” is authentically epic in that sense, and yet still profoundly subtle in how it goes about communicating all the details, imagery, and overall theme.  You won’t find anything overtly preachy at all…it’s nothing like that – it’s simply humble, honest, and written with a point of view that doesn’t shy away from its religious properties – Robert is still proudly embracing his values in the words if you’re paying close attention – but it also might be fair to say that “Fountain Of Living Waters” isn’t necessarily written with that being the number one priority above all others to begin with, and that the focus stays squarely on the objective of simply writing an excellent song all-around.  A great tune is a great tune, that’s the nature of the game folks – what I’m saying is, Robert’s written this song in a tremendously accessible way that allows others like me, like you, and like many, to find our way in.  Essentially, “Fountain Of Living Waters” is pretty much guaranteed to please the faith-based community – but even if you feel like you’re outside of that, believe me when I say, you’ll more than likely sincerely love what you find in this single.  Robert’s cruising his way towards his ninth record, so take that to heart – you can count on the man’s professional approach to the music & the microphone & it’s more than clear he has a stellar understanding of what makes melody connect to our hearts & minds as we listen.  All that good stuff is right in-line from performance to production…no need to worry yourselves there; Robert’s a veteran of the music-scene and he’s been writing his own songs as far back as 1964 according to the information you’ll find online.  You can expect quality, because that’s exactly what he supplies.

Solid & enthusiastic thumbs-up of approval from me, Robert Houk Hitchcock has created a genuinely compelling single that’s full of light, love, and warmth you can truly feel.  Remarkably impressive really, “Fountain Of Living Waters” contains vibes that are just as interesting as they are outright fascinating to listen to…for as subtle & delicate as it may appear, you’ll find it equally epic, bold, majestic, and captivating.  With his natural storyteller’s style of light Folk & acoustic sound, Robert’s got himself a genuinely compelling song in “Fountain Of Living Waters” that’ll have no problem at all enticing you in to listen, and retain your attention in-full through the immaculate professionalism & melody on display.