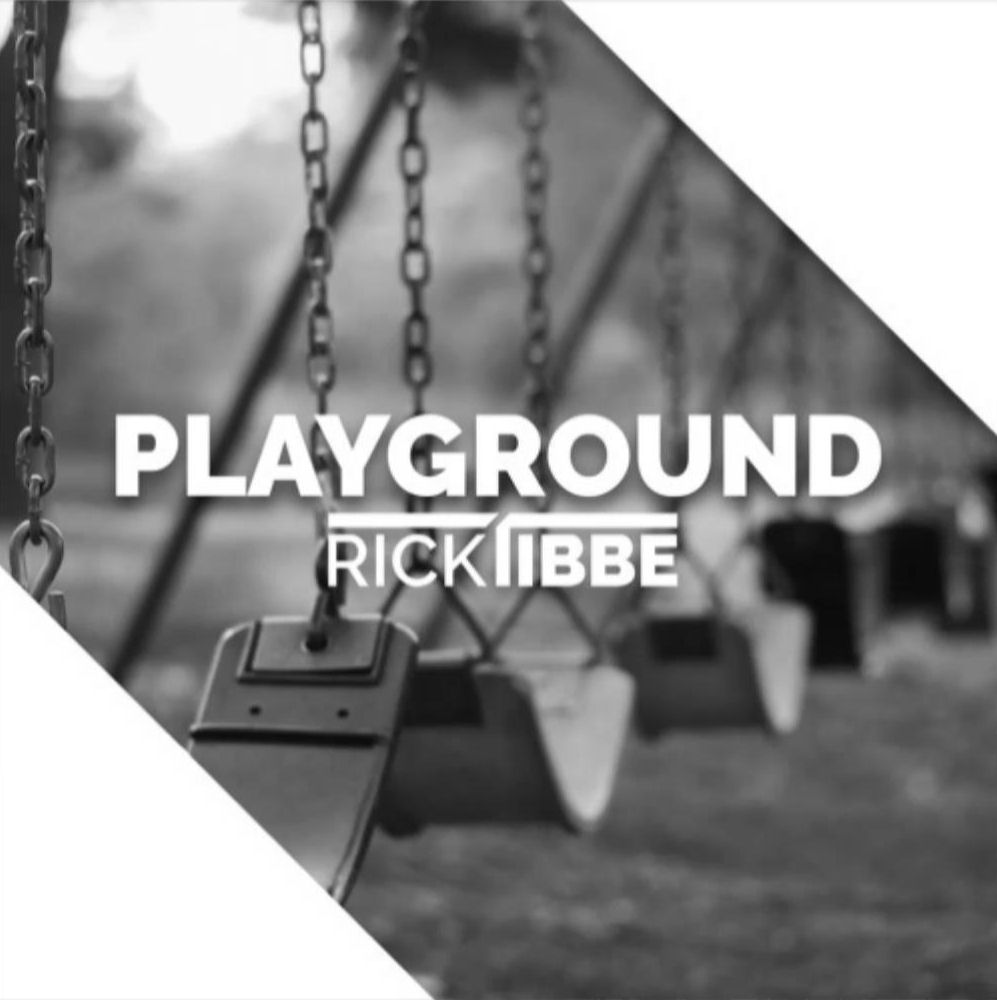 I tell ya…if there’s one thing I love, it’s a debut single that immediately stands out like this does!

Electro artist Rick Tibbe might just be onto something here…I don’t want to jump the gun too quickly – but all indications point to this dude having that extra creativity in sound that’s necessary to survive and thrive in the endless sea of electronic artists out there.  His first released single is called “Playground” – and much like the title would imply or have you assuming – this is pure FUN to listen to.

Where electro music in general has the hardest time right now is structure; much like all genres of music, it has fully reached that point where most of the way the songs we hear tend to flow is familiar & expected when it comes to EDM.  IDM of course, can still do whatever the heck it wants and is much less confined by the repetitive sequences of bars, breakdowns & bring-backs that we’re generally all familiar with in EDM tunes.  All that being said…Rick Tibbe is proving on “Playground” that there is still much to offer the ears in EDM music with the quality & selection of sound itself – and in my opinion, the uniqueness of what he’s got sliding through the speakers here is strong enough to set him apart from the rest out there.  When it comes to tone, atmosphere & texture – Rick’s got the right magic required.

Because LISTEN to “Playground” – LISTEN to the way it starts out with fresh energy immediately and the insightful selection of sound that Tibbe’s put into this composition…who out there wouldn’t dig this?  I don’t care if you’re a metal-head or a dedicated electro-fan – that’s an extraordinary combination of style and sound that really can’t be ignored.  “Playground” is straight-up interesting to listen to.  I know that ‘interesting’ can be an ambiguous word and sometimes imply things are boring somehow – but I’m using its actual meaning for the record…what I’m saying ultimately is that you really can’t take your ears off of this tune – nor would you want to even if you had the option.

So…I can’t hear of any reason on Rick Tibbe’s “Playground” to not give this an enthusiastic thumbs-up.  I mean, we gotta keep in mind, this is a DEBUT right?  It’s a known fact that things generally do not come out this strong, well-produced and tightly assembled like this track does when an artist first steps into the spotlight – and if anything, that certainly screams volumes about the limitless potential Rick may have.  “Playground” still sticks very closely to the EDM script at the end of the day, but the quality here is madly impressive…the unique textures in the sounds we hear ultimately make what feels familiar forgivable and welcome.  The fact that Rick has so expertly compiled this cut into three-minutes of solid wall-to-wall entertainment that people will genuinely WANT to listen to, really has me believing that he’s not just off to a great start – this is an artist that might very well go the distance and find himself a career with real longevity.  There is melody on “Playground,” there is precision, there is passion…there is heart; I think you can absolutely hear the infectious good-times pouring right out of Rick and into the music as it flows, increasing with enthusiasm and a healthy mix of bold, bright & beautiful sounds.

Definitely impressed with what I’ve heard on Rick Tibbe’s debut single and feel like he’s given us every reason to look forward to what he’ll put out in the future.  For fans of exciting EDM – “Playground” is exactly what you’ve been looking for this summer.