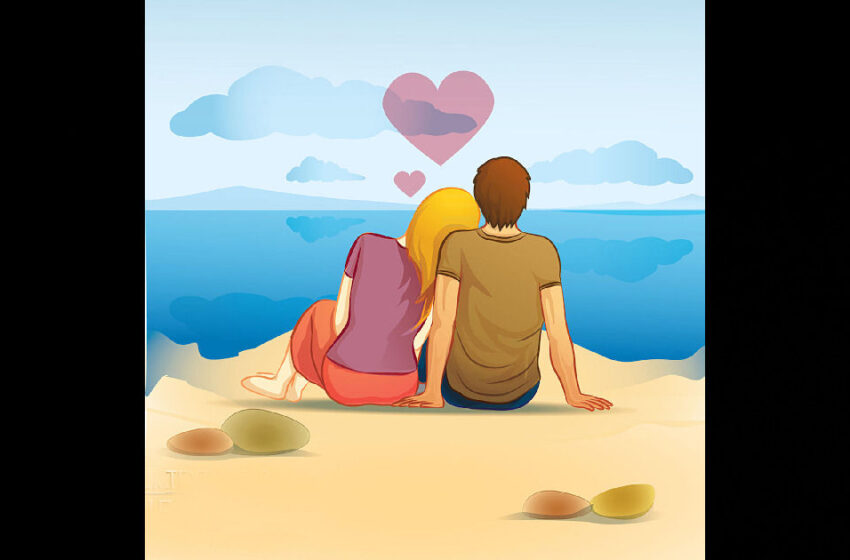 Richy Snyder – “How Deep Is The Ocean” – Single Review

Yikes!  Never mind how deep the ocean is – what about the massively stiff depths of competition on this cover!?!  Comparison is unfortunately part of the game when it comes to creating cover tunes…it’s a natural part of the way we listen, no matter how much we might try to resist it.  Richy Snyder did a great job with his cover of “Strangers In The Night” when I was having a listen to this dude take on his own version of that tune back in a review I wrote this summer…and here we are again, with a new classic being redone for you fine folks that appreciate tunes from the golden era of music.  Admittedly, if you read the review on “Strangers In The Night” you’ll find that the song itself was incredibly close to home for Richy in particular, which could have very well been a factor in the stellar results that we heard.  This time around, there’s a bit more distance in between him and the song, and with respect to comparison, good lord there is PLENTY of it – and every version of this tune year after year seems to have come out with a verifiable legend’s name attached to it.  You’ve got artists like the original writer/performer in Irving Berlin…you’ve got sensational takes on the song by Peggy Lee with Benny Goodman, and the one & only Ethel Merman…you’ve got more recent variations like the bluesy way Diana Krall recorded it – believe me when I tell ya, there is no shortage of songs in this world y’all, feel free to choose another!

That being said, Richy Snyder has thrown his hat into the ring, and given this well-covered tune a shot.  There are lots of positives to be found here…as to whether or not it ends up being your favorite version of this song, that could very well be another story and very much up to each of us as individuals.  I’ll say this much – give Richy some serious credit – most artists would have looked at the list of competition and started running in the other direction away from the studio, as opposed to taking on this challenge.

Where Richy’s take on “How Deep Is The Ocean” scores an extremely big win is through the music and the production – both radiate clarity, and set the stage perfectly for Snyder to perform upon it.  The simplicity of the piano & bass at the core of this tune is as magnificent to listen to as it is elegant, and it sounds like there’s some kind of pedal guitar perhaps further off in the distance maybe…not entirely sure what it is, but I do like what I hear and how it contributes to this tune as well.  This version really does revolve around the bass and the piano for the most part, and there’s not a doubt in my mind that all players involved in the music have brought their A-game to this song from start to finish.  If you are familiar with this song…and many of you ARE whether or not you realize it at first before you hear it…you’ll recognize that the music itself actually gets a bit less time to start up this song before the vocals come in like you’ll find in most of the covers out there.  If there’s anything I would have changed in Snyder’s version, it’s probably that – I think the music on this song, between the bass & piano alone, deserves even more time in the spotlight.  It’s got that lounge-act type feel to it, but the good kind to be clear – quite honestly, it’s the special kind of music that people around the world naturally fall in love to.

Anyhow.  Spoiler alert, the music only got so much rope, and the majority of this tune has Richy singing on it in tandem.  Which ain’t a bad thing…relax…I’m not suggesting there’s anything too detrimental.  Does he have the uniqueness of a Merman, the presence of a Peggy Lee, the classic sound of Berlin, or the naturally comforting smoothness of Diana Krall?  Well…not really, no.  On the bright side of things, that gives Snyder the opportunity to have this cover sound more like it belongs to him than like he’s copying someone else…but I don’t know if I could go as far as to say this version quite lives up to the standards previously set by others in this song’s history either.  I enjoy it…it’s quaint, it’s pleasant, it’s humble…but I did feel like Richy was missing just a bit of that spark required to make this rhetorical beauty come alive the way that perhaps it should.  Almost like he plays this one a bit too safely, you know what I mean?  A couple moments where he’d come back into the song with slightly questionable tones like around the 2:22 spot, or a little strength slightly absent in the resonance of his voice, like when he exits the final chorus towards the 2:50 mark…it’s the little things, the minute details…nothing so perilous that I think anyone would stop listening, but a few spots where Richy would benefit from really diving into his bag for the confidence & focus required.  A little more personality from the man on the mic…I think that’s what we’re looking for – like what you hear starting to happen right as the song begins to fade out!

Don’t get me wrong…I ain’t hatin’ on it…it’s a cohesive version with lots of sincere highlights for Snyder’s voice along the way too…ultimately, I think it’s a tough cover to have taken on with there being so many well-known takes on it that have been circulating for years, and he holds his own well enough.  Whether or not it’s his best…harder to say…life is full of peaks and valleys in that respect…and I suspect we’ll all feel differently about this cover depending on how much you’ve heard of it personally to compare it to.  I think Richy’s got a bit more in him than what we hear here in his take on “How Deep Is The Ocean”…it’s my job to push him to be better than good and strive for the greatness he’s capable of…that’s what I do.

Find out more about Richy Snyder from his page at Facebook:  https://www.facebook.com/Rich.E.Snyder

Tags: How Deep Is The Ocean Richy Snyder Singles sleepingbagstudios