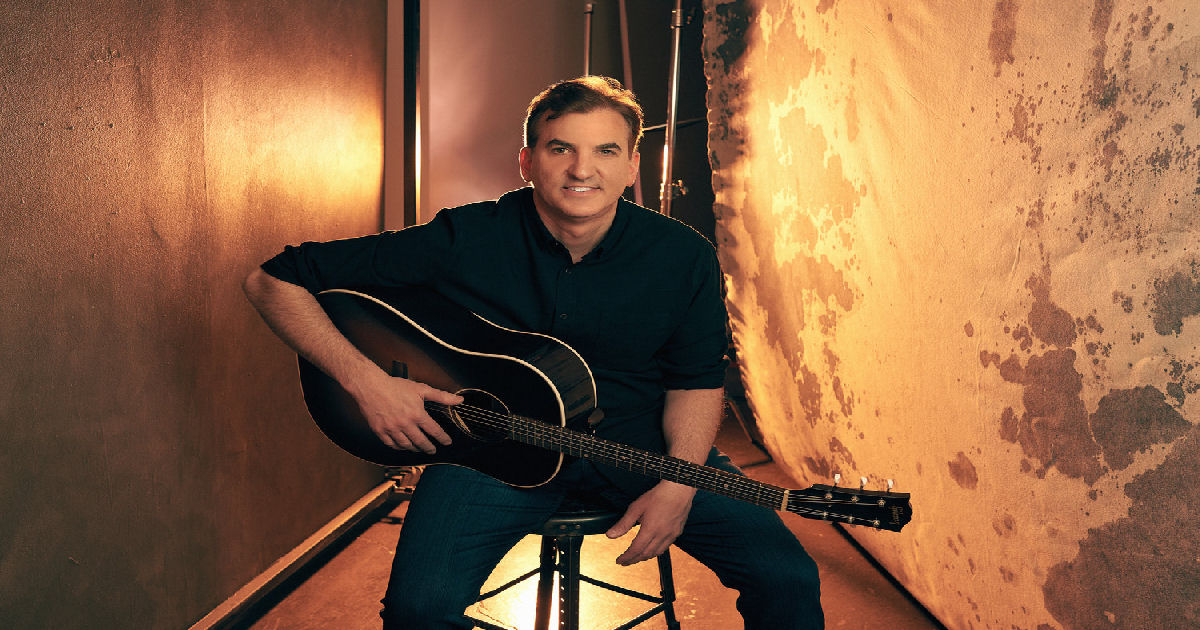 This is an excellent example of the crossover appeal & potential that exists in great songwriting.

I read an article years & years ago that would change the entire course of my entire life.  It was written by a young Hunter S. Thompson in a book of essays & papers he’d compiled into a book called The Proud Highway Volume 1 – the article in particular that caught my attention was based on the theory of satisfaction being one of the most harmful states of mind we could potentially achieve.  He’d equate it to boredom, passiveness, and a flat-line mentality that had the ability to not only take us over completely if we LET it happen, but that same satisfaction could also lead to our creative imprisonment.  He put forth notions that being uncomfortable, or challenging yourself in a new direction, taking on a new task, or setting out towards new goals could lead to some of the most rewarding experiences you could ever hope for…pointing out that the alternative, playing it safe & satisfied, could leave you hollow and entirely unfulfilled.  I’ve always felt extremely lucky to have learned these lessons so early on; every day of my life since is one I’ve made sure to push to the absolute limits, even if only to shake off the possibility of ever slipping into satisfaction.  Comfort is cool…that’s more than fine…we all need comfort of some kind – but as for being satisfied…I truly hope that’s a feeling that neither you or I will ever really know.  As artists, I could only hope that we’re always reaching for more, whatever that may be or entail. 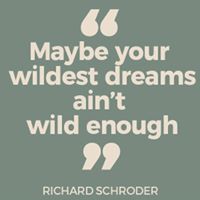 And yes, I get it, we’re here to talk music, not literature…but there’s a reason I’m bringing this up.  The sentiment & positive attitude of that story is very similar to this seriously wonderful & inspiring new cut from Richard Schroder.  For those of you that know me well, you know I have no qualms about how any of us get to the answers we need in life just so long as we do indeed, find them.  While “Wildest Dreams” isn’t likely to be born out of reading that same essay I did from Thompson long ago – Schroder is handing you the ultimate shortcut to the same strong messages here on his latest stunning single.

Essentially, what I think Richard has written, is a song that truly matters.  Designed to make you think & examine your life for what it both IS and what it COULD be from an objective point of view that mixes in perfectly with his own experience & perspective – “Wildest Dreams” succeeds incredibly in communicating its uplifting & empowering messages in a way that most songs don’t/artists & bands just can’t.  The reason for that is simple – these are words that really mean something to Richard and likely words I’d be willing to bet he lives by.  If you’re listening closely…he’s imparting a wisdom that cannot be ignored, and what I’d pretty much consider to be the blueprint for happiness in our existence here on Earth.  The encouraging-but-honest, humble, and REAL way that he’s looking at life is remarkable to say the very least – every time I put this song on, I felt like I ended up filled with added inspiration & energy.  It’s the kind of song that induces the need to stand up on your desk and shout ‘oh captain, my captain’ and then charge off to seize the day.  Not hyperbole – facts.  And all this is coming from a guy who doesn’t exactly make too much time to reach for the Country music genre mind you – that’s what I’m talking about here people…”Wildest Dreams” has strong enough crossover appeal to pull us all in.

Because whether it’s the flawless musicianship, or the exceptional lyricism, or both along with all the rest of the awesomeness this song/artist have to offer your ears – something about “Wildest Dreams” is going to catch your attention and pull you right into the rest of its positive intentions.

Really impressed with what Richard’s bringing to the genre with this song.  I think a lot of us outside of the Country music-scene still assume the songs are still filled with tales of lost loves, last beers, and broke-down pickup trucks – “Wildest Dreams” is almost entirely the opposite and refreshingly so; it promotes the idea that it’s NEVER too late to make life exciting for yourself in all-new ways.  Are people going to connect with the message & sentiment here?  You better believe it.  And that all comes down to the sincere & authentic connection that Richard has between his words, music, and vocals.  There’s no question about “Wildest Dreams” being as well-played as a song can be – it certainly is…there’s no doubt that it’s an enticing single to listen to all-around, set in a structure that delivers rolling hooks that travel from the verse to chorus & back again.  Richard sounds great on the mic – “Wildest Dreams” is a modern Country-tune – but it never goes overboard and retains the core essence of the genre; it borrows a bit from the pop/rock dynamic to further expand its appeal, but it does remain brilliantly & firmly rooted in Country the entire time.  Killer guitar solo at work here in the middle of this tune as well!  But perhaps most importantly – “Wildest Dreams” never drifts from feeling authentic, despite still having plenty of flash & dazzle in its strong hooks that are certainly easy for the ears to absorb.

So look…I’ve got nothing to complain about here, nor will you I’d imagine…as far as singles go, as far as Country music goes, and certainly as far as I’m concerned, this is pretty much as good as it can possibly get.  All that good stuff being said – I think quite often as reviewers & listeners, we can often get caught up in the ‘I don’t always know why I like it, I just do’ in our approach to experiencing music of all kinds.  Again, I felt like it was the complete opposite scenario here on Richard’s new single – I felt like I knew every single reason & exactly WHY I loved listening to this song every time.  It comes down to focus, it comes down to intentions, it comes down to execution, ideas, attitude, energy, sentiment…and the heart & passion required to make it all believable & REAL to all of us listening.  You can hear that there is nothing that could come between Richard reaching for his dreams or stop him from reaching his goals – you can hear that he’s been willing to make every change necessary to make his every moment one worth living…he’s expressed it all so perfectly on “Wildest Dreams” that he’ll inspire you to do the same.

Make sure to check out his new album Drive where his new single “Wildest Dreams” comes from – and find out more about Richard Schroder at his official website:  https://www.richardschroder.com/