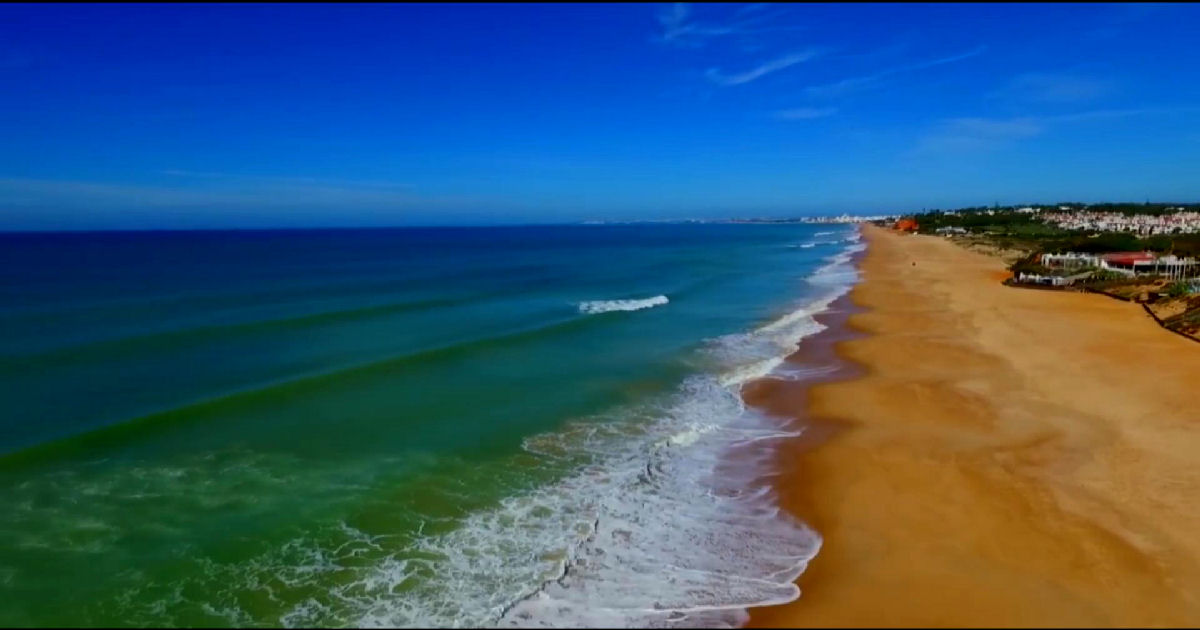 Here’s a fantastic way to start your day off on the right note!  Check out an experience that continually gets better & better as it plays on and have a listen to the way the incredible melody develops on “The Waves Roll In” by Reach’art will ya?  There are at least five separate points of this song where Reach’art seems to find a magical way to take it all to the next-level, each part building on & complementing the rest of the structure perfectly in a blend of everything that made the Alt-90’s great, and modern Indie.

I think what surprised me the most was that this band based way over across the sea in Perpignan, France, ended up reminding me of one of our own Canadian icons over here, Matthew Good.  Overall a track like “The Waves Roll In” is just about 99% cheerier than anything Good has ever written – but have a listen to the frantic tremolo in band-leader Richard Serra’s approach to the vocals and you’ll find the similarities between them there for sure.  The writing & melody lead this into much brighter terrain and an uplifting vibe that has the kind of passion & spirited energy that you can genuinely feel; I think the opening verse of “The Waves Roll In” was pretty much catchy enough to bring most people in already – but there’s no denying that Reach’art uncovers a blissful Indie-Rock gem in the chorus and makes this moment shine even brighter.  Highlight vocals from Serra come in afterwards all the way throughout the second verse – they’re collectively able to really build on the impact of this part in the song in its second time around and the bold exit out of this moment was sheer perfection.  Richard really sings with unique energy that I would imagine will appeal to a ton of people out there – but I’d have to imagine that even he had to take a listen to the spot around two-minutes where he gets an opportunity to unleash some big notes and acknowledge that, yeah, that came out spot-on, 100%.  Love the way the drums sound so present as well throughout this song…so many fantastic ideas coming from the throne and from the rhythm section with the bass on “The Waves Roll In” that, for something so shiny and Indie-Rock/Pop on the surface, you’ll be surprised at how progressive a track like this really is at the core of its writing & ambitions for how smooth, appealing, and accessible the end results are.  Smart choices being made here in the structure of “The Waves Roll In” – like the drift into the breakdown, the added sweetness in the sound that you’ll find once you’re in it, and the punch back into the instrumentation through a vibrantly toned guitar solo right afterwards…all this stuff adds up to entertainment that continually moves boldly throughout the three & a half-minute single from Reach’art and our interest never wavers.

That final solo around 2:40 in the video also marks a seriously cool moment where the gorgeous scenery we’ve been taking in throughout the visuals of “The Waves Roll In” all starts to roll in the opposite direction, flipping the script and reversing the footage for forty-five seconds or so until the final scene.  It’s just an observation…I think that the slight touch of reverse was a great move to shake things up visually just enough to give our eyes something new without disturbing or damaging the overall vibe the rest already had goin’ on.  I’m not saying it’s THE moment that makes this video worth watching – the whole thing looks spectacular with the surfers, ocean, and beach imagery with waves crashing down on the shore & whatnot – “The Waves Roll In” is about as beautiful as a video can look onscreen from beginning to end, so certainly no complaints from me.  All-in-all, I think Reach’art has melodies and ideas in the music that’ll stand out to your ears just as powerfully as anything your eyes will see onscreen in the video, and you gotta admire the balance of strengths between’em both.  “The Waves Roll In” is a sincerely appealing single in both audio & video form – and just like a good single should do, Reach’art definitely has me interested, listening, and ready for more.

“The Waves Roll In” comes from their latest album Stellar Dreams – find out more about Reach’art at the official pages below!