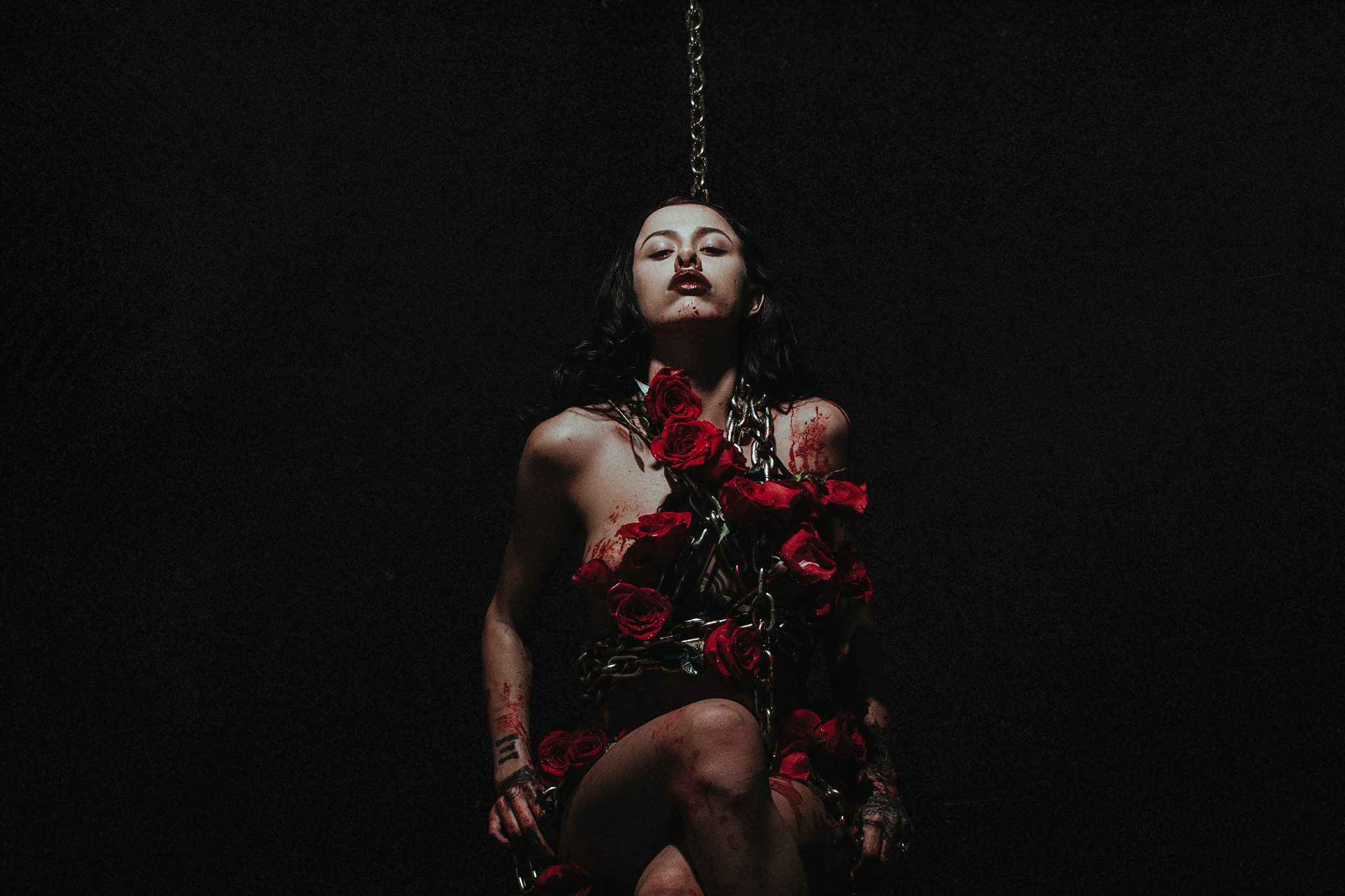 The last impression I’d want any of you to get from this review is that I only have a lot to say about Ramsey’s new single “See You Bleed” because I’ve been away from posting for so long as we switched the location of the studio from Abbotsford, BC to Ottawa, Ontario. If I go on long once again in discussing the her new song…make no mistake – that’s purely a reflection of the awesomeness you’ll hear in this stunning single and nothing more; every word of praise here is completely justified.

In fact…I actually wanted to make sure I’d lead-off my next run of reviews to be written from the new studio with something extra-special – this was the song/single I chose to make that comeback with. Though I’ve enjoyed my time-off immensely and spent much time wandering around and discovering my new home, it’s also comforting to come back to something equally or even more incredible, if only just to make sure that the ol’ interest level stays up as high as it can go upon return.

And as I mentioned…with “See You Bleed” – I’m doing just that.

It wasn’t even ten seconds into listening several days ago that I knew I had found another spectacular gem of the independent-scene…the type with star-power and pull so strong you can hear that the mainstream is audibly only a step or two away for this amazingly innovative vocalist. Ramsey immediately wows and establishes a huge impact with a sensationally bold and all-out performance. In a demonstration of complete control, she stuns with a completely professional, emotional and passionate approach to the vocals that indicates a massive, worldwide superstar in the making.

Now…don’t get me wrong…the music’s good…enough. Enough to get Ramsey to the mic to fill in the blanks that this relatively minimal bass-led song puts out; there’s really not a ton going on in the actual music, despite the epic heights it builds to. When you listen to it, you’ll hear it for yourself…you know what you uniqueness sounds like…you know what innovative is…and when you hear the confidence in the twists and turns that the instincts of Ramsey have recorded here you’ll know as quickly as I did just how huge she could very well become. With the cleverness of the way that the verse works and the big hooks she’s put into the chorus of “See You Bleed,” the genius way she’s sung this song is exactly what separates the extraordinary from the ordinary or even just the really, really damn good. This is the type of voice so strong, so clear and so confident that you can hear that all the right pieces have come together to put Ramsey in a position to strike as hard as lightning in the pursuit of making her mark on the map of musical-longevity. This is material that lasts.

“See You Bleed” opens as delicately as a flower before it expands to swallow you whole like a Venus Flytrap; before a minute in, Ramsey lets loose with a more straightforward but aggressive tone in the chorus that works just as effectively as the innovative twists she’s put into the beautifully designed verse. It’s a true case of the best-case scenario…where the two main-parts of the song are this close to being of an equally high-caliber – Ramsey has delivered on all-possible fronts from performance to production on this incredibly hot single. The choices she’s made and the natural-talent combined with smart-effects on her voice have created a massively captivating song in “See You Bleed” with a signature, recognizable style I’d not only completely recognize but certainly want to hear again and again. This stunning talent is a secret that won’t be a secret for much longer as far as my ears are concerned – Ramsey shines brilliantly on “See You Bleed.”

Support this incredible Trip-Hop talent at the official homepage for Ramsey: http://www.ramseysound.com/