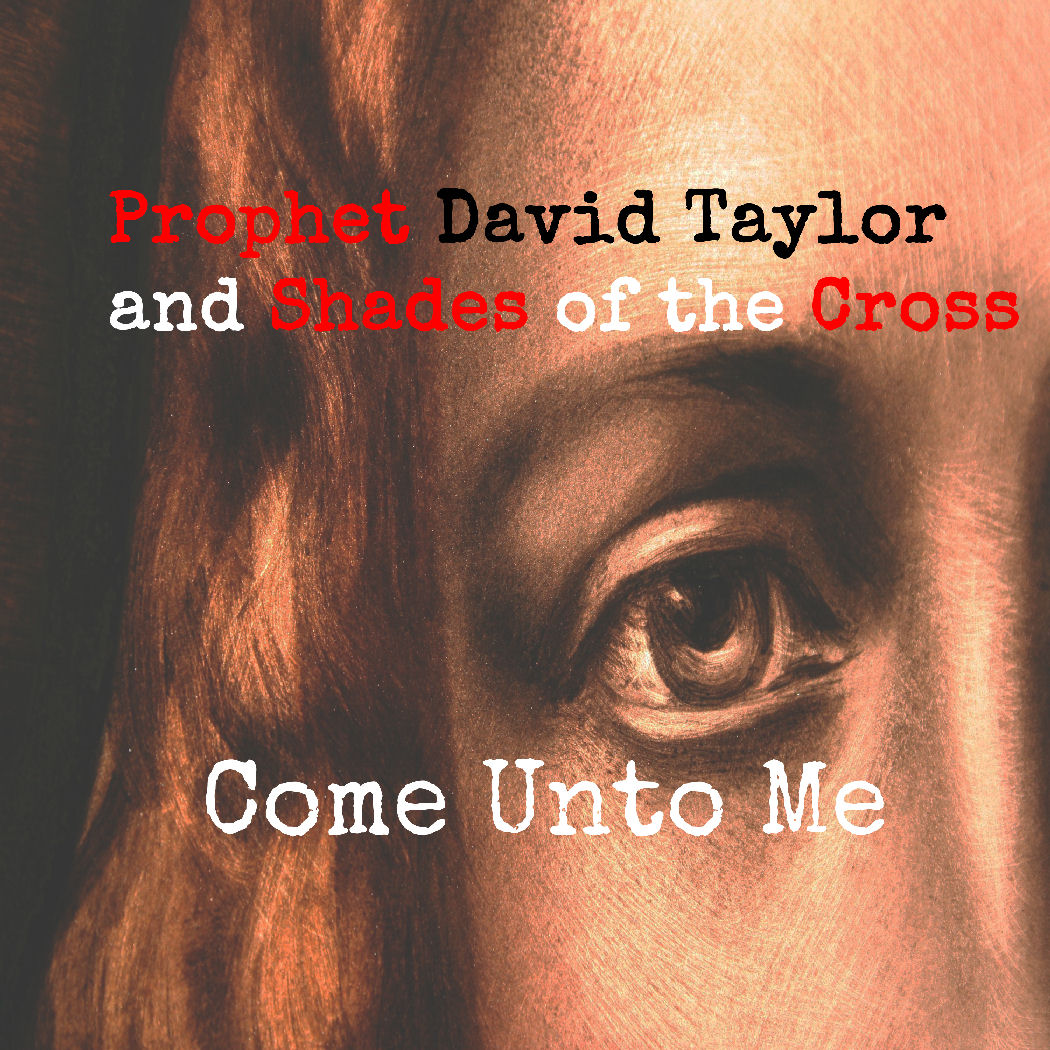 Believe it or not – I can really get behind this project led by Prophet David Taylor.  It’s no secret to any of my regular readers that I invite all music into my ears equally, that I’ve got love for all genres somewhere inside of me…and that experiencing the combination of religion/faith and music can often be one of the biggest joys I can receive, sincerely.  I’m not even religious myself, for those that don’t know me yet…but I find the entire world of faith-based music to be one of the most fascinating by far.

I think…at the end of the day…there are two main routes to approach it.  You can either preach overtly to the converted and sing-out the good word loud n’ proud…or you can go the subtle route and write more ambiguously, allowing for the potential of those outside of religion to find their way in.  Chances are, the song/artist/band and their intentions will certainly be noticeable almost instantly every time…you’ll know clearly which side of this fence they land on and where the focus of the music is.  “Come Unto Me,” the latest single from Prophet David Taylor & Shades of The Cross is definitely the kind of faith-based tune that puts the faith on full display for all to hear…I admire & respect that.  What I liked immediately, was that it was committed, focused & still commendably different from other religious music I’ve experienced in the past…and it was in recognizing this that I continued to follow Prophet David Taylor & Shades Of The Cross and check out what this project was really all about. 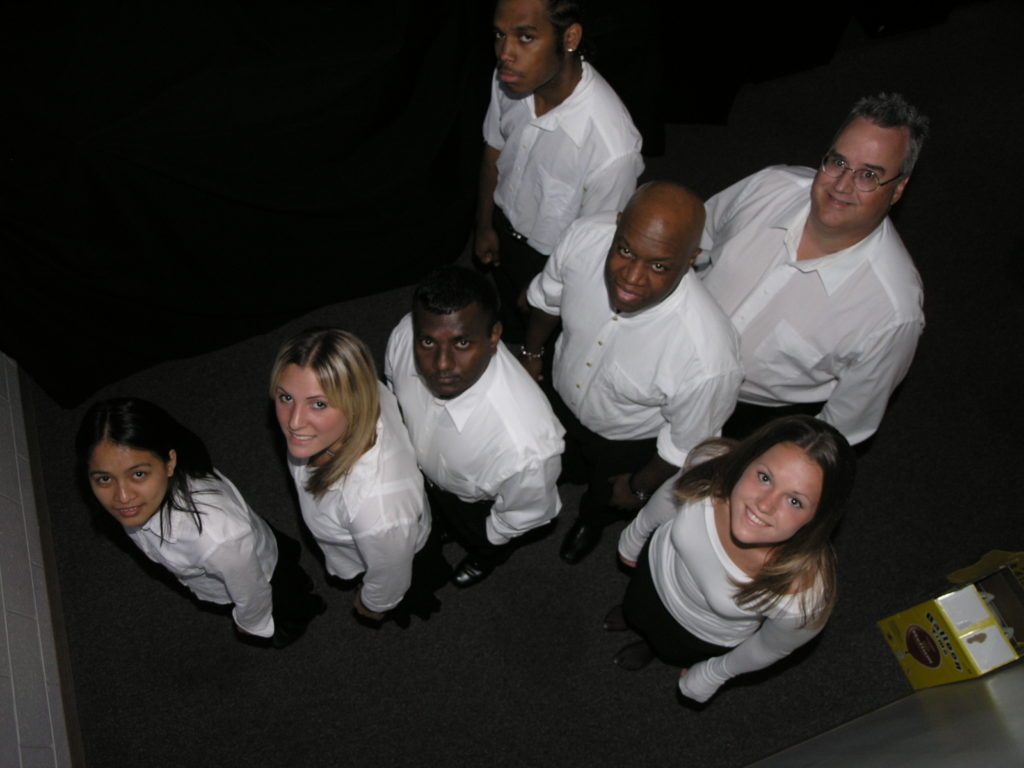 And then I found it.  I found the common bond between us.  Right there on the main page of Prophet David Taylor’s YouTube channel was a description of exactly what I’ve felt all along…long before I starting writing here and shouting that all faith-based music had going for it was a couple albums by DC Talk, Relient K and Jars Of Clay…and not a whole lot since.  But there it was…right there on the page and staring right back at me…someone who likely agrees with that point…

It says simply:  “Aren’t you tired of the same six church songs all year long?”

To which the answer…no matter who you are…should be YES.  In fact I’ll take it a step further; doesn’t matter which genre, style or sound you listen to – if you’re pinned down to six-or-less ideas in the music then it is time to get movin’ on my friend.  There is so much terrain in music yet to be explored that it’s our duty to mine our own creativity and see what NEW ideas we can bring to the table, in any genre.  That being said…I think both the Prophet and I would agree potentially on the notion that faith-based music, more than any other style out there, has really lived inside of a very safe shell…of all the genres & styles I can think of, there is more room to grow & expand inside of religious music than any by comparison.  After watching not just “Come Unto Me” but several of Prophet David Taylor’s videos…I can honestly say I truly believe he’s on the right side of music & art in his pursuit to bring something new to the people.  From the music he makes, to the way he collaborates and incorporates others into his work, the remixes, to the onscreen dialog with the people direct about what’s on his mind – there is wisdom in his words that is universally applicable to many people out there, but also specifically musicians.  For you see, it’s a conscious choice that the Prophet is making…a concentrated effort to NOT just make another remake of the same old church tunes but to truly offer the people something new they can be proud to sing along with.  Between his internet asides and his enthusiastic/realistic approach to what’s happening in music (he gets it, trust me on that – check this out) – I think the honest angle that Prophet David Taylor & Shades of the cross have found in their music is one that will genuinely connect to listeners for all kinds of good reasons.

You can certainly listen to “Come Unto Me” for the message.  If you’re looking for the comfort of His words at any time, I could definitely understand this would be a great choice to put on your playlist.  You can listen to it for the smoothness in the music & in the Prophet’s voice…you can listen to it for the strength that feature members Becky & Alyssa of Shades Of The Cross bring to the vocal performances.  For myself personally, I found myself absolutely in love with the chorus of this tune and the way that Prophet David Taylor has structured this song to bring out its best qualities.

Because don’t get me wrong…I think that both the track’s main vocalists Becky & Alyssa do a fantastic job.  Anything I’d potentially say critically would all be the same things I’d say to Christina Aguilera or Mariah Carey too…all that stuff about reigning-in the amount of syllables required per word etc.  And would I dare to criticize them either for that?  No way!  It’s a stylistic choice that can be really effective when used sparingly in my opinion…it’s tough to not overplay that direction when it first gets started in a song so quickly…you can almost find yourself locked into a contest whereby each word sounds continually like it’s trying to be one-upped by the word to follow.  I felt like both Becky & Alyssa did a great job of not pushing that aspect too far and keeping “Come Unto Me” tight enough in the vocal department that it allows you to still hear the focused words clearly without heading off into complete diva-takeover-mode.  They complement the music really well throughout the faith-based verses – and Prophet David Taylor has made a really smart decision by featuring them both solo and in collaboration with each other as the song progresses.  And again…in my opinion, the real magic of this song is shown in the brightest of lights when it all snaps together exquisitely in the chorus.  Doesn’t matter who you are…doesn’t matter what you believe in…that’s just a beautiful sound right there is what that is, no doubt about it.  Stunning harmonies and vocals combine in soaring, sweet & angelic tones and the melody/flow really hit the mark & establish the impact the writing deserves through bold, empowering & uplifting performances throughout.  Solidly produced, mixed and structured; the music is minimalist in style but provides a perfect canvas for the R&B, Soul & Gospel vocals flowing over-top.

From what I can tell Prophet David Taylor & Shades Of The Cross are just beginning to get themselves out there on social media once again…”Come Unto Me” is actually a re-release of their biggest tunes from the 90’s as they re-launch the project and get set to spread the good word far & wide.  The world & the internet have certainly made many changes since that blissful decade pre-millenium…and there’s a great chance that a song like this & a project like this overall, will now be able to connect to the widespread audience that is out there and waiting for something unique, sincere & quantifiably different in faith-based music like this to come along. 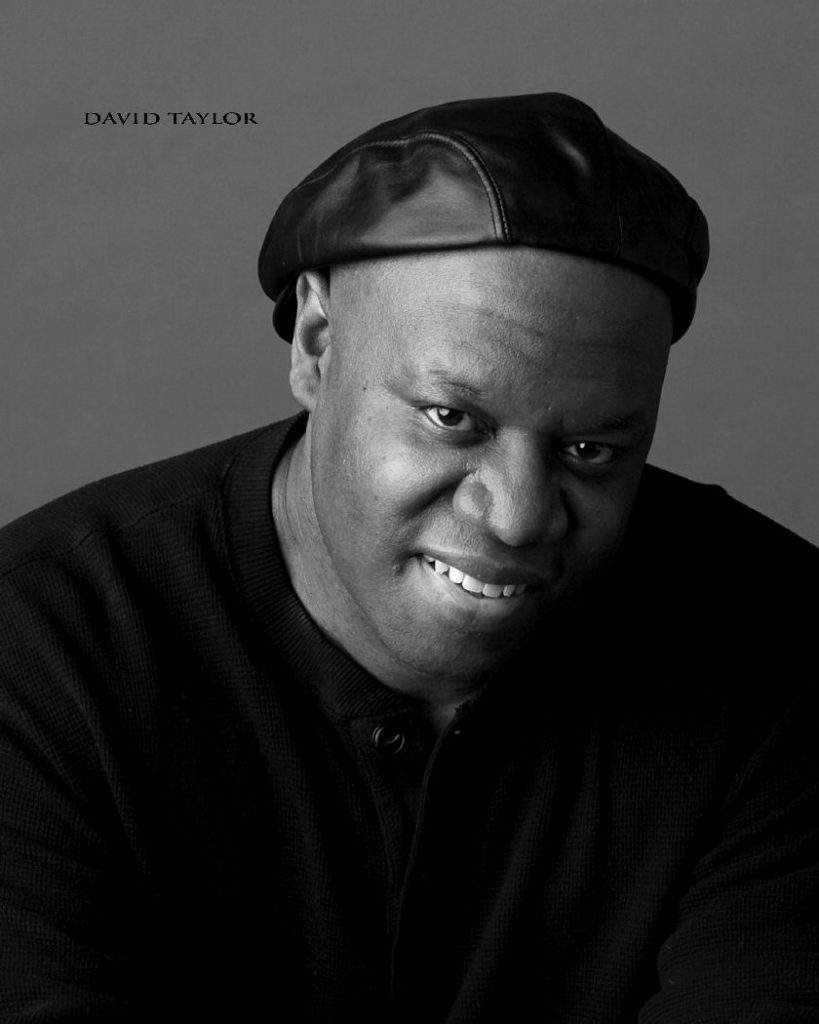 Find out more about Prophet David Taylor & Shades Of The Cross from the official links below!

Tags: Come Unto Me Prophet David Taylor Shades Of The Cross Singles sleepingbagstudios