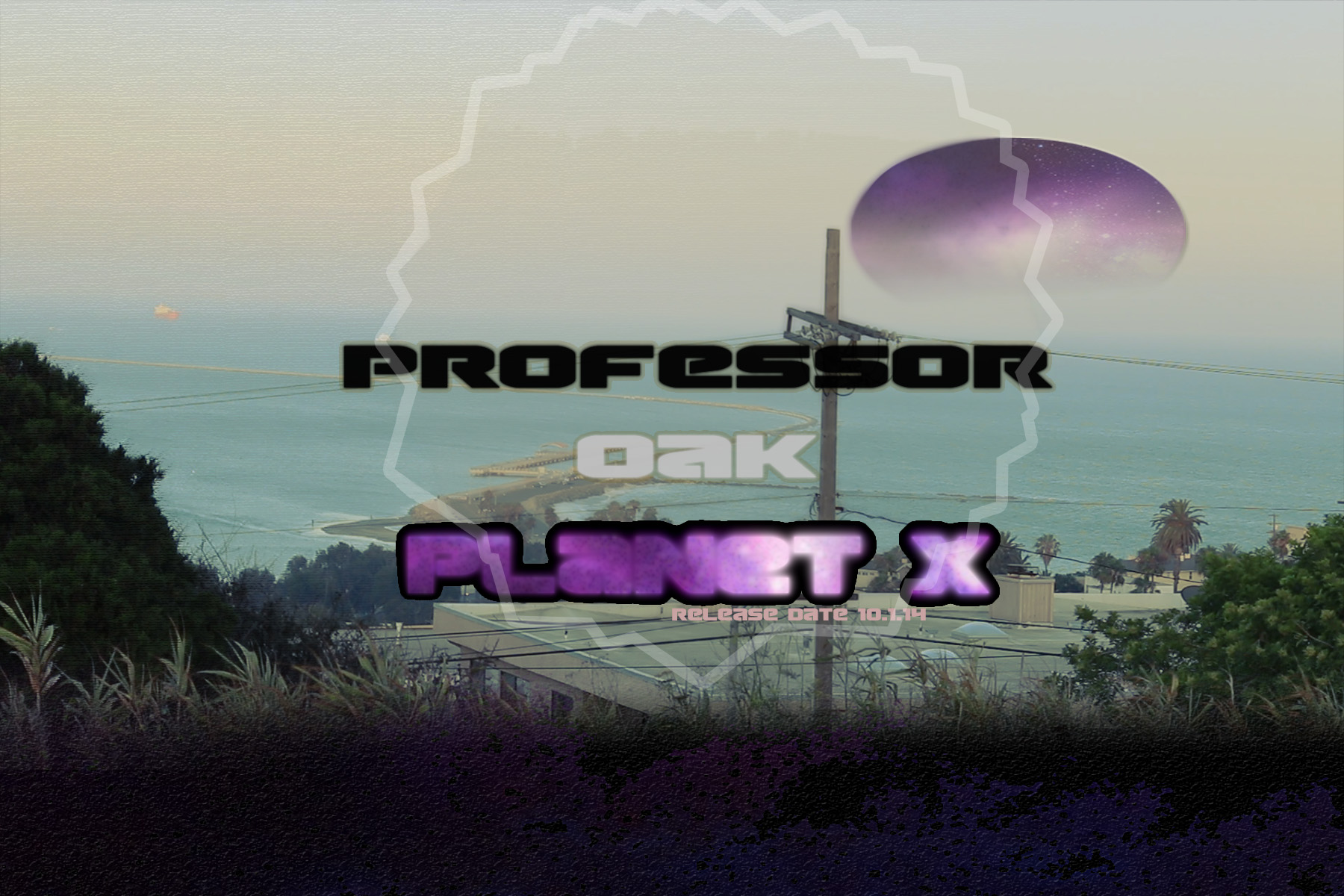 There are some incredible sounds cooking up in Professor Oak’s musical-laboratory. With sounds and beats from all kinds of styles & textures, the music is hypnotic in the best of ways; it really holds your attention as the songs display a true range of dynamics as they drift in and out of the light & dark of Professor Oak’s electronic tunes. The songs themselves are compellingly creative; though I’ve only got a pre-release at this very moment…well…call me crazy but I’m already more than enthusiastic about the way these songs are coming out!

I started with one of the absolute stand-out tracks of my year here in 2014 – “Tuesday’s Thoughts.” As an opening intro to music I’m about to venture heavily into to…this is the way to go about it! There’s a swirling heaviness about the atmosphere in this track that I love and can only hope never changes upon the final release; the parts are almost sparse until the middle of the track blossoms fully, but the way that it is all put together here has resulted in one real chiller of a song. As in the spine-tingling, what-else-am-I-so-lucky-to-be-in-store-for? kind…

A track like “Friends?” displays even more of the skills of Professor Oak, aka Michael Wagner, the solo genius behind this excellent electro. When you listen to a track like “Friends?” you really that sense that he’s not only completely precise in his music-making, but we really have a true link between all-forms of electro-music here through Professor Oak’s upcoming work and YOU should be extremely excited about that! There’s absolutely excellent combinations of sound as he showcases his taste & talent for the remix as he blazes through new re-creations with work from Kendrick Lamar and Rihanna. His take on “Stay,” which even this beard can openly admit is a great tune no matter how you slice it, is wonderfully subdued throughout, allowing the track to pulse and swell along its new electro-infused path.

Again…being a pre-release here…I’ve got access to several cuts…I can’t speak to which ones make the Planet X line-up officially just yet…but everything I’ve stumbled across certainly makes me want to hear MORE of it.

This album has been put together with the precise care necessary – it’s been over four years in the making…and after that long, these songs needed to become as big as they are. Each track…”Steam,” “Trap s9”…”Meter”…the list could literally go on and on, and I could as well about just how diverse and well-placed each of these sounds truly are. I’m hoping for one long, long album when Planet X officially drops on October 1st, 2014.

With assembly that’s as sharp as a surgeon’s favorite knife, creativity that seems to know no limitations…and in my opinion, flawless taste when it comes to samples and sounds – Professor Oak will be one of the most exciting sounds you’ll hear in electronic music coming out this year. Be ready.