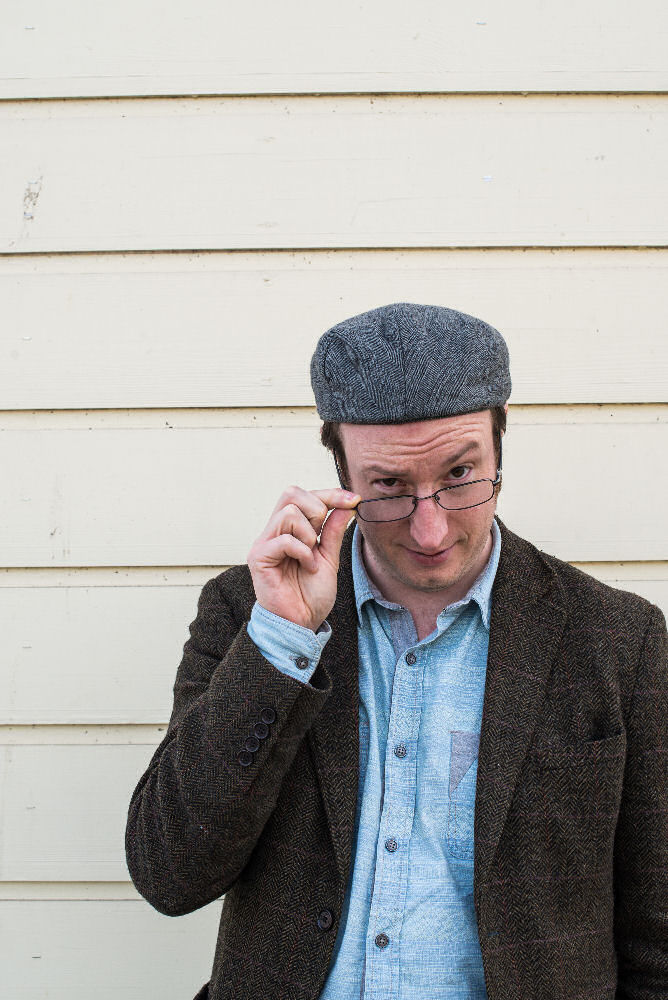 I was immediately impressed by the strong rhythm of the music in “You’re A Light” and the way the guitar-tones opened up Phil Cooper’s new single.  He’s got good ideas that certainly come through clearly in the verse and the backing vocals throughout the song – you can tell that there’s a real songwriter here.  The chorus absolutely nails it for me in this song though – that’s serious strength in that hook, no doubt about it.

Danceable, yet sincere in its emotion…”You’re A Light” is a sweet dose of indie-pop melody that I think Phil has done justice to.  Wasn’t exactly sure or not as that verse started out whether or not I thought he was nailing his part or not…but upon repeat listens I believe he’s making strong choices on how to sing this tune.  And again – that’s the verse; the chorus I wouldn’t argue with one bit – he’s got that part perfectly sung with audible confidence you’ve gotta admire.  It comes from the strength of great writing – you can hear Phil grow bolder behind the strengths of the song.

The bridge and pre-chorus…I think they’re solid enough personally.  What I appreciate more-so, is that Phil’s truly WRITING a song here – one that includes several dynamics working in tandem and includes all the parts you can place into a composition.  Phil puts in a versatile and soulful turn on the mic and really puts personality and character into the melody as it unfolds.  The backing vocals compliment the main really well in their part in the chorus as well…in the pre-chorus I almost felt like the filter on them crept-up a bit too much in the mix – but I still liked the sound.

…and it’s fair to comment that Phil’s done lost his mind with this video right?  Can I say that?

I’ll be entirely honest with you – I was absolutely, 100% sure that I was watching a video for something completely separate and nothing to do with the music until Phil’s vocals lined-up around like, two-minutes and thirty-seconds in?  Somewhere around there!  Up until that point…I was convinced that the video I was sent was some sort of children’s program with the music simply laid over-top.  Now…don’t get me entirely wrong…I’m not saying children’s program as any kind of slight – it was just seriously unexpected – it’s meant to look like one.  I’ll say this…I didn’t quite get the correlation between the music and the video personally…it might exist, it might not…it certainly doesn’t always have to and to be truthful, I was entertained by what I was seeing onscreen – especially once things started to make more sense to my brain by the end of it.  Really I shouldn’t complain at all…I’ve got a completely childlike mind still full of the wonder that this video is perfectly suited for!

Phil Cooper’s most undeniable strength is his songwriting – and I think that shines through brightly on the inspired rhythm and sweetened melody of “You’re A Light.”  The overall idea and concept of the song has real strength…and again, personally, I couldn’t get enough of that chorus, I could eat it by the bowlful.  “You’re A Light” is a solidly executed single from Cooper that I think highlights the potential and ambitions of this songwriter…I have zero-doubt that Phil has a ton more in the tank and probably several extremely well-written & performed tunes on his new album Things I’ll Never Say.

Find out more about Phil Cooper from his official homepage here:  http://phil-cooper.co.uk/