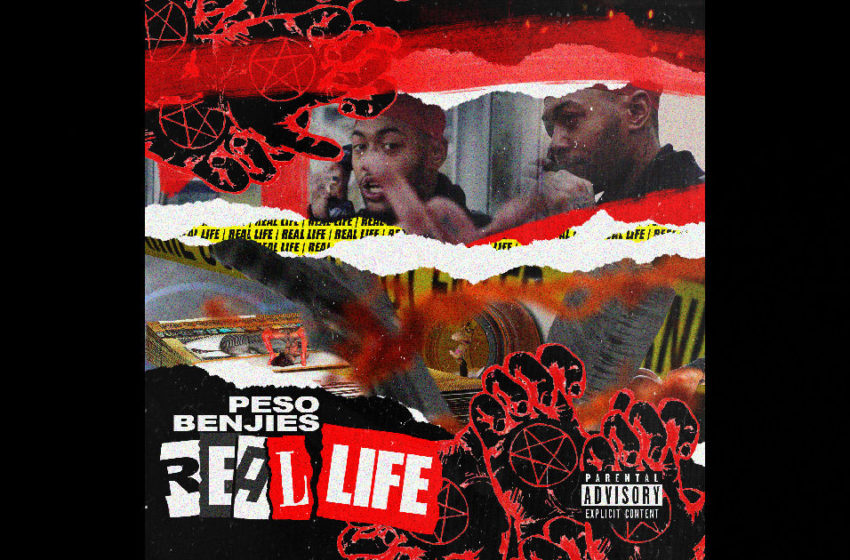 If you tuned into the latest episode of the SBS Podcast late last night, you heard my theories on how close we were to rapper Peso Benjies – we’re basically a stone’s throw away over here in the same province, rockin’ the nation’s capital here in Ottawa.  I mean, you’d have to throw that stone pretty damn strong & hard, but the point is that he’s a homegrown talent of Canada’s own and practically our neighbor.  We’ll have to catch a set live from this emcee when he’s bustin’ it up at the club sometime.

Anyhow.  Peep this video & then let’s talk about “Real Life” below homies!

In his latest video, slickly directed by Kang Klips, Peso Benjies comes out BANGIN’ on his new single, on screen leading the way through the visuals, alone & hustlin’ on his own or backed up with a whole party’s worth of people on the streets wild’n’out & feelin’ the vibe.  A supremely confident & capable rapper with hard bars that are designed to pack a serious punch, Peso rocks BIG hooks on this cut and certainly ain’t afraid to let you in on exactly what’s on his mind.  Notice the finesse in the flow though homies…Peso finds an impressive way to wind the words throughout “Real Life” and thread his vocals right into the fabric of the music so that they play a truly significant role in the melody.  Pivoting & shifting through transitions, Benjies never takes his eye off the ball and keeps his game sharp from beginning to end; you can hear that through his menacing & powerful tone of voice that never drops the edge – “Real Life” is a killer display of an emcee that’s hungry for the m-i-c, determined and ready to make a genuine impact on everyone out there listening.  Dude can’t lose on this cut, the verses came out perfectly and the hooks of the chorus still found a way to take “Real Life” to the next level this performance deserved.  People don’t give rappers enough credit for the ‘writing’ part of their music, straight-up – that’s just cold hard facts; artists like Peso should be recognized for the craft & skill they put into their songs.  Listen to the way the man uses the dynamics of the music to his advantage…Benjies knows every second of this beat inside & out and has maximized the potential of every beat & bar with him on it by being completely ready, focused, and coming at us with strong material.  Combined with a wicked video to support it, “Real Life” is racking up hits, clicks, and views by the day and justifiably so – Peso Benjies puts in a pro performance on the mic, he’s the star of the show in the official vid, and he’s got that genuine FIRE you can hear in an artist determined to break ground.

Find out more about Peso Benjies at his official pages below!