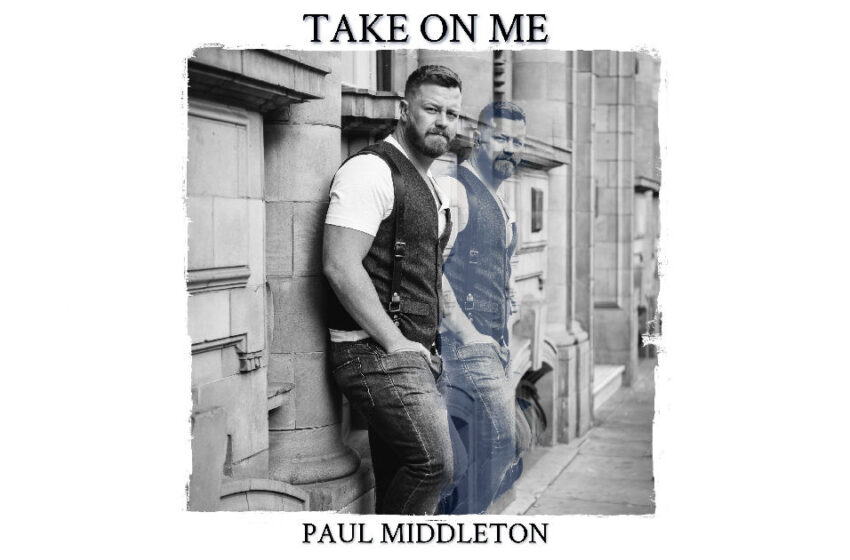 I know what you’re thinking.  It’s impossible to see that title and not know instantly what song you’re about to be in-store for.  The legendary hit by A-ha that took over the 80s by storm originally…amazing tune, you know it, I know it, we all know it – because that’s how ingrained this song truly became to our society overall, it’s everywhere, and always has been for as long as I can personally remember.  Being a child of that era and born in 1980 myself, I was RAISED with “Take On Me” and it’s been a de facto part of my life, almost as if I had no choice at all really.  That being said…it’s probably a really good thing that I’ve always loved it with its presence always being so…well…present, year after year.  And then of course, we all relived the magic once again when…oh who was it now…it was Reel Big Fish…back towards the end of the 90s, they revitalized it, or modernized it what-have-you, and brought it back for a riotous second wave of popularity that probably had the bulk of us reaching back for the original even more as a result.  What was clear when RBF covered that tune, was in fact, that A-ha was more timeless than maybe any of us ever realized, even with the original being as massive of a hit as it was; by that next commercialized spin we got to hear, we didn’t just welcome it back, we pretty much threw it an entire parade for showing up in our lives again and celebrated…along with Reel Big Fish of all bands!?!

I also recognized Paul Middleton’s name the moment it showed up on my playlist as well…and things started to add up.  When I last listened to this singer/songwriter from the UK it was back in 2018, and I was checking out a sample set of tunes from his Covers 3 record – and just like here today, he was taking on some major, major hits…tunes like “Fast Car” by Tracy Chapman and “Careless Whisper” by George Michael…we’re not just talking about minor moments in music, these are monumental tunes he tends to go after.  Where I’m normally very hesitant about encouraging artists/bands to go after the biggest of the big – not because they can’t pull it off so much, but because so many tend to try, and then proceed to upload them good ol’ YouTube & TikTok vids 24/7 – I found there was something different about Paul back then that set him apart from any of that.  There was clearly a care and passion in the way he performed that was immediately identifiable…quite endearing as well.

I’m ALMOST speechless Paul…though it won’t stop me from trying to write more words about ya here, and what you’ve accomplished in this cover of such a massive & magnificent tune.  I’m trying to come to grips with the…fact(?)…that you’ve managed to not only exceed any/all expectations my memory of ya might have had…but…I’m 99.9% sure that I actually like this version of “Take On Me” better than the actual original song itself.  And that is AMAZING sir.  Feel free to quote me, because I WANT this on record – this is no small accomplishment, not even in the slightest.  I’m every bit as addicted to A-ha’s original hit as the rest of you out there and certainly revere it as one of the most bulletproof Pop tunes ever put out in the history of music…but this…Paul…what you’ve done here is absolutely breathtaking.

I KNEW this was gonna happen too my friend…let it be known that from the very first notes of the piano twinkling, I got those familiar chills running down my spine telling me that I was in for something special.  I’ve written plenty about this sensory experience in my time as a reviewer – it doesn’t happen all too often, but when it does, I never ignore it, I embrace it, because that feeling has never let me down.  Having said that, it usually lasts through that first impression, and the eventually subsides whenever I listen afterwards fairly quickly, more or less simply because that’s the effect of surprise and hearing something unexpected; once you know what’s coming, that tends to dissipate.

I can say wholeheartedly, that I don’t think that fantastic spine-tingling feeling has ever left me since I started listening to Paul’s version of “Take On Me” a couple days back…and I cannot even begin to express just how many times I’ve listened to this song on repeat to test that all out.  It NEVER goes away!  Every time this tune begins, it comes surging right back all over again, and every time Middleton works his magic on the microphone, it just gets stronger & stronger.  In dialing back the upbeat energy so typically associated with “Take On Me” and switching up the instrumentation to the recipe of a simple guitar, piano, and violin in the mix…he’s found a way to take a bubblegum Pop tune and turn it into an experience that is beyond compare.  In my opinion, he doesn’t just have a good cover of an A-ha tune here – he’s pretty much got one of the best covers I think I can ever recall hearing in my entire life.  For Paul to have changed so much of this song’s demeanor & vibe, and for him to thrive so hard within such a delicate sound…I’m not even remotely kidding folks, this is an award-worthy performance, 100%.  I felt like I must have put hours & hours into listening to this song on repeat from the moment I got it…and I truly can’t imagine I’m ever gonna wanna stop listening to what he’s done with this immaculate cover – you just can’t nail a song any harder than what you find Paul Middleton has accomplished here.

Be very PROUD of what you’ve put out here Paul, these are results that no one on earth could argue against if they have functioning ears on the sides of their head like I do.  You’ve flipped the entire script of A-ha’s pepped-up design, and made this your own in the best of ways.  I think anyone out there that’s ever sung a song themselves, whether it’s just around the house, or right there in the studio booth…I mean…you singers KNOW full-well, that the demands of the melody at the core of the hook on “Take On Me” essentially takes superhuman abilities to pull it off correctly.  Short of the Righteous Brothers epic climb up through the vocal heights of “Unchained Melody,” we’re talking about a song that is by far, no easy task to sing.  Hearing just how much control Paul has…and how much this is all actually right in his wheelhouse…was honestly mind-blowing.  You know those big notes are coming, one way or the other, even in this more delicate setting…and you brace yourself as you listen, because it’s literally everything – you miss that moment, and it’s pretty much game over.  To be truthful, you’d be foolish to even attempt covering this song if you couldn’t reach it…you’d reveal the cracks in your vocals in the most obvious of lights.  Paul doesn’t just meet the challenge, he’s conquered this with incredibly sincere tone, humble presence, and graceful confidence – and as a result, you’ll find he’s nothing short of absolutely captivating.  He’ll have you appreciating the melody at the core of this song in a completely all-new way…and that in itself is worth the accolades.  We’ve all heard “Take On Me” countless times throughout our lives, but I can assure ya, you’ve never heard it like THIS.  I cannot say enough about what Paul Middleton has done here…and I know he’s got me tripping over my own words as I’m typing this out – but I am truly that excited for the guy.  This is the kind of insightful cover that not only confirms his own extraordinary abilities & connection to music – but it also shows an artist with the fearless heart of a lion, who that knows they can somehow still bring something remarkably new to a song that we all know word-for-word, and still revere universally in its original form.  And we’ll still love it, even after Paul’s amazing cover, because that’s just how good A-ha’s “Take On Me” always has been.

But this…this is a moment in time I’m not likely to forget anytime soon Paul.  And thank-you for that.

“Take On Me” arrives officially online this March 22nd – find out more about Paul Middleton from his sites below!