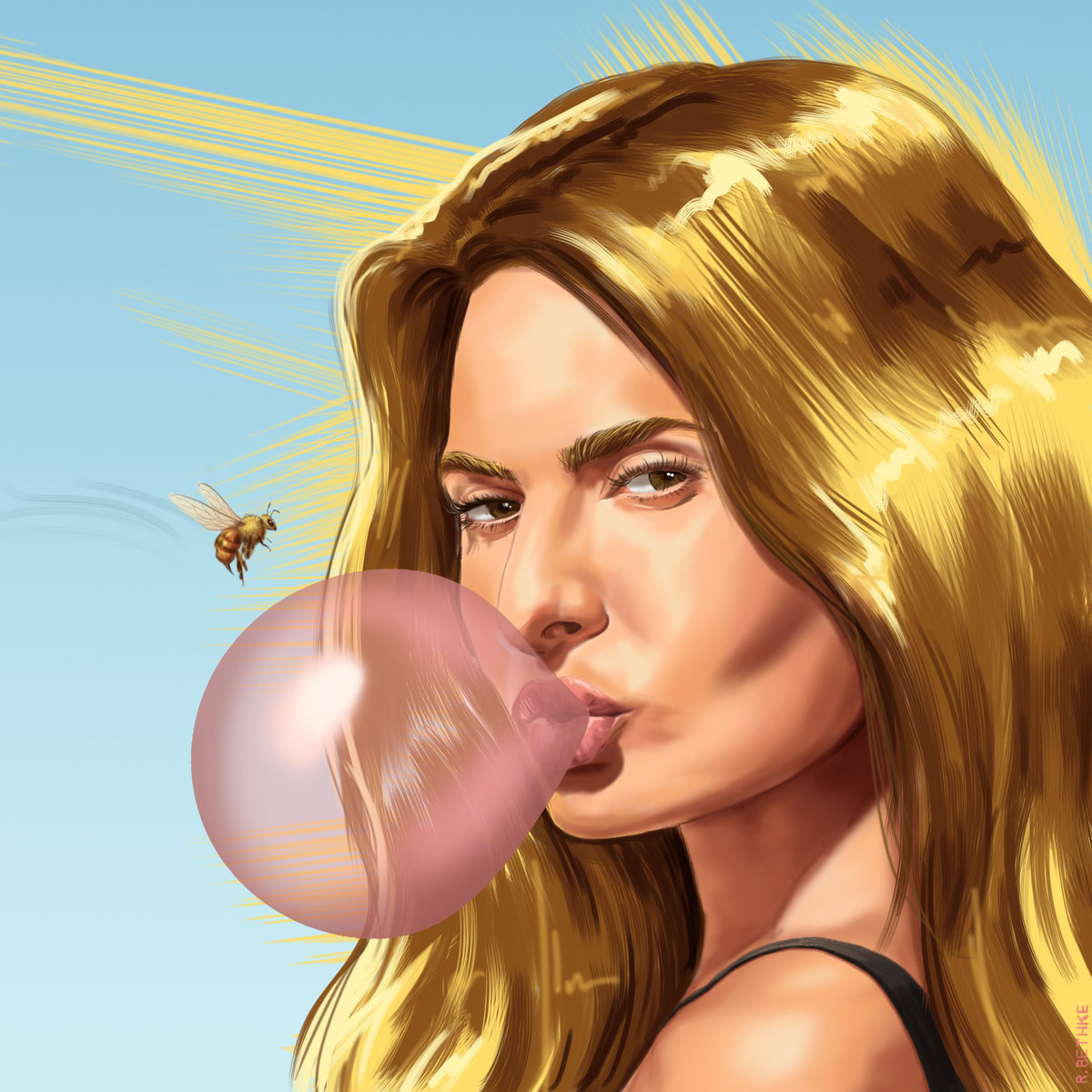 You know something…these guys really get themselves. In reading the write-up for Paint In Motion, I noticed they took the time to mention that they’re songs are ‘reminiscent of 1990’s rock radio’ – and honestly I don’t think I could possibly agree more. And that’s in a good way…after all, let’s not forget, that’s right about when the old man that writes these reviews was growing up…

The first thing I thought of when I heard the opening moments of “I Can See You Every Night” and its bright alternative/pop/rock sound was actually So I Married An Axe Murderer…so how’s THAT for instantly taking the 90’s influence in their sound in as clear as they’ve made it? That movie was released in 1993…and for some reason it popped into my head when Paint In Motion’s new EP Crush Love Heartbreak began; to me it was because the old-school twist of harmonies and pleasant vocals that lead the way in “I Can See You Every Night” reminded me somewhat of the sweetened-sentiment in the music of The LA’s. If you remember the movie, their song actually starts the entire movie out through the credits as you follow along that massive bowl-o-chino to Mike Myers sitting there with his smartass (and awesome) commentary. But in songs like “I Can See You Every Night” – you can certainly hear that 90’s style…but we’re talking about the early 90’s here…like, just on the way to the grunge-era but not quite grunge-era era…follow me? It was a time when bands like Collective Soul, Soul Asylum, Gin Blossoms, Tom Petty, U2…and to a much-lesser extent, bands like The LA’s were able to exist and entertain us on the radio on a constant-basis instead of fighting for play-time like that style of sweetened-rock tends to now. You can still find it out there…though it’s been altered and adapted somewhat, just like Paint In Motion has here on this EP…bands like Two Door Cinema Club, Weezer, The Temper Trap, Birds Of Tokyo…those are the bands that are fitting in similarly with their style of music in our present-day.

In any event – I think “I Can See You Every Night” has a comforting-vibe and inviting sound…bright-energy and easy to get right into. While it might not necessarily set them apart from some of those sounds, bands or artists I’ve listed…it still is somewhat unique and not the typical sound you hear out there every day – and that makes it interesting to me. I like that Paint In Motion is clearly making the music they WANT to make and LOVE to write & play – and I think in this opening tune on the EP, you can hear right away that enjoying what they do and having genuine FUN with the music they make is right there in the subtext of the sound & song; you can hear it.

While they retain a style and approach that is still their own – you can hear the Weezer-esque song-writing formula at work on “Best Years.” With a big-chanting chorus and some truly well-written parts…this second tune is the one that’ll sneak up on you; you’ll appreciate it more as you hear it. To be truthful…I wasn’t sure that I was digging the vocals on my first few spins through the record, but as it played on more and more, I really got into the vibe and there are too many parts where the vocals come out stunning to ignore. So…yeah…it might take a couple rips through the record to get that same connection to it through the vocals – musically it’s a standout track for everyone involved! The guitar-work is incredible, the bass is better than ever and the drums are perfect…couldn’t ask for more; “Best Years” has an entire collage of ideas that seem to eventually find their way to an exceptionally entertaining combination of rhythm, groove and indie-melody. Smart effects are used throughout that keep the texture to the music unique, innovative and creative as it switches between party-mode and one hell of a serious-jam towards its end.

The shortest-song on the Crush Love Heartbreak EP, “Ghost” brings out a melody akin to something you’d hear from Third Eye Blind or Jimmy Eat World. Full of vibrant melody that is right at the very top of the lead-singer’s threshold…you can hear him hit the tones he’s after but MAN is it close! I’d still take this dude over TEB’s Stephen Jenkins any day of the week tyvm. Good, solid alternative-pop…great bright energy and an uplifting vibe to it all…”Ghost” provides a strong middle to this debut EP.

“UV Light” in contrast, is Paint In Motion’s five-minute-plus tune; mixing it up between some truly excellent parts in the verse & chorus of this tune…it’s like…99% of the way there to where it needs to be. A slightly noticeable and jarring-mix on the first batch of distorted-vocals that come in really…ummm…hmmm…how do I put this…that spot kind of really killed what might have been an absolutely perfect track. The roll through the verse as it kicks into the chorus has a genius, water-like flow that glides perfectly…and then just before two-minutes in…a haywire idea costs Paint In Motion slightly on “UV Light.” Taking their U2/Eskimo Joe style-vibe into distorted territory almost exclusively owned by 54-40…was a risk that I’m personally not sure paid off for them here in “UV Light.” Had the rest of the song not been executed so freakin’ flawlessly from writing to performance to production, it might have slipped by unnoticed…but I can’t help but feel this one patch all of thirty-seconds or less would have best been tossed out to preserve the rest. The rest is so damn smooth it could be its own vodka brand!

As “Like You’d Never Believe” started out to end the EP…I realized maybe 54-40 isn’t so far off the mark. On the bright-side, this final-tune has a bright melody that is clearly defined…it might come out a little more forced than the rest though, you can hear a distance between the band and this song that I didn’t quite hear on any of the other tunes. Tone-wise the beginning is almost a little too Neil Osbourne…and I’ve never even been that sure that Neil Osbourne wants to sound like Neil Osbourne…the tone in his singing-voice often comes across slightly bored, unenthusiastic and meandering. Compared to the other tunes preceding this final-cut…I think the material was executed at half-mast and not quite as lively, well-written and stunning as the rest have been.

But overall…despite a final-tune that left me wanting a little more from Paint In Motion, I don’t feel like I can complain considering this is their debut EP. Ask any artist or band out there if they’d want to re-record a moment here and there off of their first records and they will ALL say yes…we all need time to evolve, change and grow into our sound completely. Is this a good start? It’s much better than that. Paint In Motion are finding their way and refining their sound – but the writing, ability and the hooks are all sharp…and they’ll get there…they’re entirely on the right path.

And I know it’s late in the review to make a comment on the artwork, after going on and on about the music…but let’s face facts – that’s an incredible album-cover. For that alone they should be super-stoked about this new record – but thankfully, they’ve made a solid EP full of uplifting sounds and songs to go with it!

Check’em out at the Paint In Motion page at Bandcamp here: https://paintinmotion.bandcamp.com/