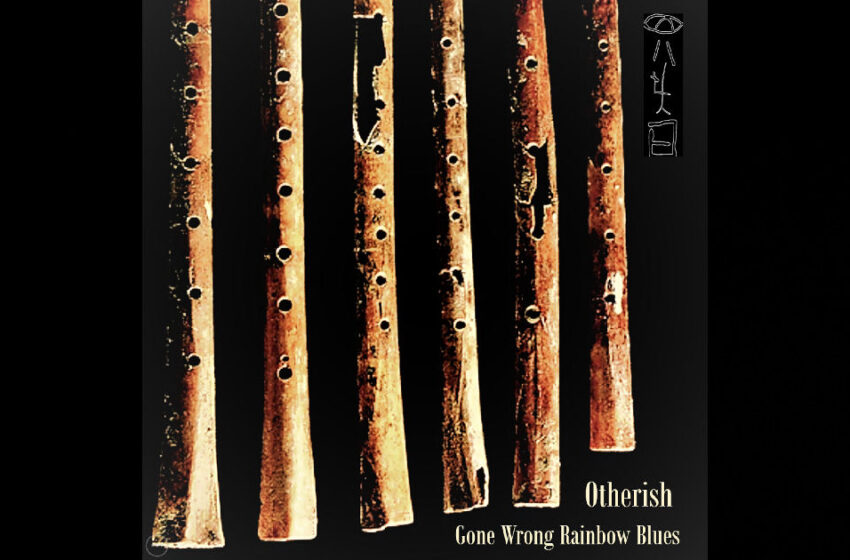 Not a bad tune at all.

Good lord though…I ain’t gonna lie to ya…Otherish seems like they’d be tough to keep up to.  I was reading about “Their Mistake” before I heard it myself, and came out with a shrug and a ‘huh?’ in terms of trying to decipher the way that good ol’ George chose to describe it in the press release I was checking out.  I get the gist well enough…at least, I think I do?  I think the ‘huh?’ was more on behalf of the masses out there, that would have likely next to no chance of figuring out what he was getting at.

If I am understanding things correctly, “Their Mistake” would be about underestimation more or less.  Who’s underestimating whom?  Great question!  I’m thinking that Otherish would be referencing those that seek to impose their rules on us, or oppress the people in whatever way they see fit…the government types…the ‘elites’ of society as they’re so often called, though I personally despise that term.  Theoretically, they’re underestimating YOU, me, and probably just about everyone else we know.  I say theoretically because we’ve yet to prove that to be correct.  We’re still asleep while we’re awake, content to roam through the valley of malls without attempting to break the spell…because secretly, we like it.  We enjoy imposed rules and structure more than we’ll ever admit to it – how could we not?  If we truly didn’t, we’d rebel against all that stuff daily instead of *yawn *stretch…you know…pushing “click to add to cart” all day instead.  As far as I can personally tell, “Their Mistake,” is just as much ours.

Good tune though…don’t get me wrong, I support the concept, and do my best to rile people up enough to wake them from their slumber too – I’m just realistic about the fact it ain’t happened yet, and chances are, won’t happen until long, long after I’m worm-food.  What I can tell you is this – I LOVE songs like this that jog my brain cells…they’re important.  What “if we give what remains of our spirit away?” as Otherish will ask ya?  I think I’m the answer actually…we become intensely jaded and believe there’s no hope for humanity.  We’d start to realize that no matter how hard we push for change, there’s no chance of it happening…that this world has to be viewed as designed to crush souls and spit them out in the name of commerce…that the notion of accountability is a sad and comical joke that’s been told countless times to increasingly deaf ears.  These are the things that would happen if we gave away the rest of our spirit…and believe me when I tell ya, the last thing I’d want is for YOU to end up like me.  Instead, try not to think about all this stuff, and live yourself a happy life full of cotton candy & bliss.

Catchy stuff!  Whether it’s the concept that gets the wheels of your mind turning, or the stunning array of musicianship that you’ll find contained within “Their Mistake” – there’s no doubt that Otherish has got an enticing single here that’s well worth checking out.  While it’s obviously too late to save me, they might just be able to poke and prod YOU in the right direction that’ll inspire you to get up off the couch and DO SOMETHING before we’re all consumed by corporations and governmental parasites.  There’s always hope, right?  For the rest of us, the lost, the fallen, the eternally hopeless that already feel used up and relentlessly broken by society – on the bright side, Otherish have given us something awesome to listen to while this ship we call Earth sinks like the freakin’ Titanic into the cosmos once and for all.  I love the trumpet, I think the guitar, bass, and piano are essential…the beat is spot on – “Their Mistake” is a highly inventive tune that fully explores a great concept and theme at the center of it all.  Their instrumentation is outstanding, their lyricism is wonderful, their execution is stunningly professional – and for what it’s worth, I appreciate the fact that Otherish isn’t nearly as devoid of all hope, like I am.

Word on the street is that they’ve just put out their new record called Gone Wrong Rainbow Blues – and if this single here is any indication, it’s gonna be an album stuffed full of substance & style, and quite likely filled to the brim with material that musicians and the intellectual crowd will genuinely appreciate.  “Their Mistake” is as genuinely entertaining as much as it is a serious warning shot straight across the bow of society…Otherish has given us the clues to help us avoid our own impending doom – the only real question left to answer is whether or not the people out there will hear their message & act in time.

Find out more about Otherish at their official Facebook page:  https://www.facebook.com/otherishspirits