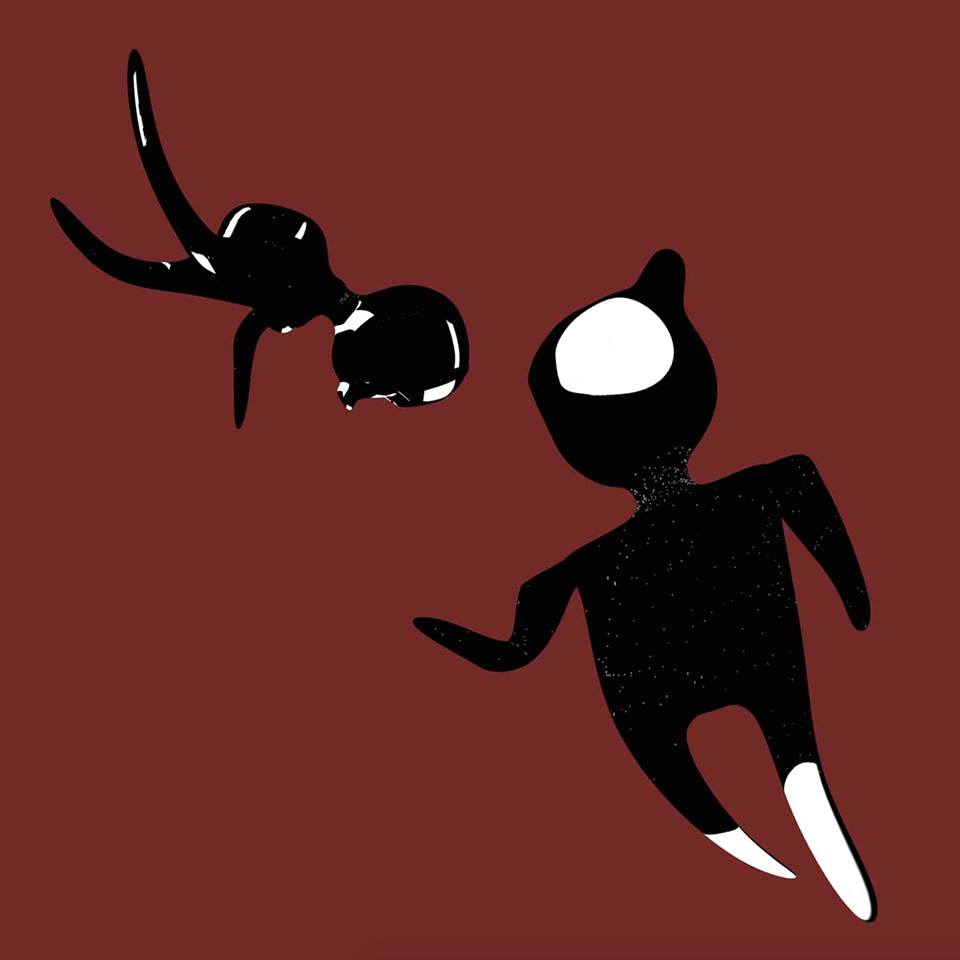 Some people find an entirely different connection to music in life…not one that’s any better or any worse than going the typical band or artist route…just different. Oscar Webster Bell is certainly the type of musician that heads down that different path to explore, find out more and eventually create from the inspiration he finds in life. Whether it’s more traditional music-music made by his band MBILI, or the soundtrack work he’s begun for film & television…each composition is tightly arranged and has a signature stamp of a creative artist that is always looking for new, inventive ways to express himself and his ideas through music.

So…you can look at it this way…I probably haven’t sat through an informative session on the benefits behind weighing out coffee beans accurately since…pffff…honestly I can’t even remember the last time, even when I only planned to sarcastically write one for this sentence here; it’s clearly been THAT long – but I just did it…just ticked that one off the ol’ bucket-list…thanks to Oscar. Much like watching your favourite episode of whatever television show…or your favourite movie…if you look closely at the scenes that resonate & connect with your most strongly – chances are there is music involved in the background somewhere…providing the mystery or pulling at the heartstrings. I was doing that here all of a sudden…feeling highly-invested in the storyline that Square Mile Coffee Roasters find themselves in…all because the subtle intensity of Oscar’s music filled in these shots & scenes so well that coffee itself quickly became captivating. When you see the clip with the steel-worker Matthew…you’ll confirm this talent…same level of extraordinary attention being paid to something outside of my own interest once again…not because I’m desperate to learn about how to fit steel pipes together…but because the music itself possesses that magic & mystery that triggers our brain to stick with something and find out everything we can learn about it. Excellent vocal-samples subtly thrown in make it almost sound similar to something you’d find on a Sigur Ros album.

Oscar’s also been involved with a series of lectures that feature the life, death & works of King Louis XIV…producing and creating the music for their segment on the ‘Hercules Pistols.’ Alright…can’t lie to you on this one…I’ve always been interested in history so this one was a little easier to just jump into and learn at the same time as listen. Oscar brings in a subtle but intense ice-style beat similar to something you’d find in Tortoise or in Massive Attack. The music adds to the narrative and explanation of this part of Louis XIV’s history completely; it builds in intensity along the way and really reflects an accurate understanding of the story being told, allowing the music to rise and fall, build or break along with the energy in the video presentation itself.

He’s done really well to be a player…but I’ll fully admit I was curious as to what it would sound like with Oscar in a band…his band precisely…MBILI. I figure I should have no reason to doubt him whatsoever, given that I’ve just sat through videos about coffee, steel and ancient kings – visiting all these subjects and styles within mere minutes of each other. Confirmation comes quickly through the jazzy composition in “Telephone,” the first official single from MBILI…this track rings right off the hook with stunning brilliance. Beautiful tones and vibrant atmosphere…”Telephone” hits the mark in every way as Oscar takes his music out of the background of screen-media and to the speakers direct. Excellent guitars and drums…bass is 100% solid…but those vocals need a whole separate paragraph of appreciation – I absolutely love the way “Telephone” is sung and the tone of the vocals themselves. An excellent single and a fantastic experience with Oscar’s music outside of having something to watch with it automatically; this time I get to rely on his wild rhythm & groove through “Telephone” and let my imagination project the imagery.

Bottom line here…Oscar’s actually a pretty young dude, just entering his twenties now – but the maturity, professionalism and precision approach to everything I’ve listened to here today certainly indicates a musical-mind far beyond its own years here on Earth. However he’s got these superpowers…I’m glad he’s embraced them for the greater good and is making some seriously inventive and richly-produced music that really floats straight into your ears easily. Whether it’s the settings he creates for film & TV…or the excitement building surrounding the smooth music of MBILI – I’d have to say…I’d be expecting big, big things to come from Oscar Webster Bell in the future – this is the kind of guy that will never stop making music…and that makes me extremely happy.

Because as they say…with great power comes great responsibility…and Oscar is using his skills, talent, mind & music to obtain some seriously stellar results.