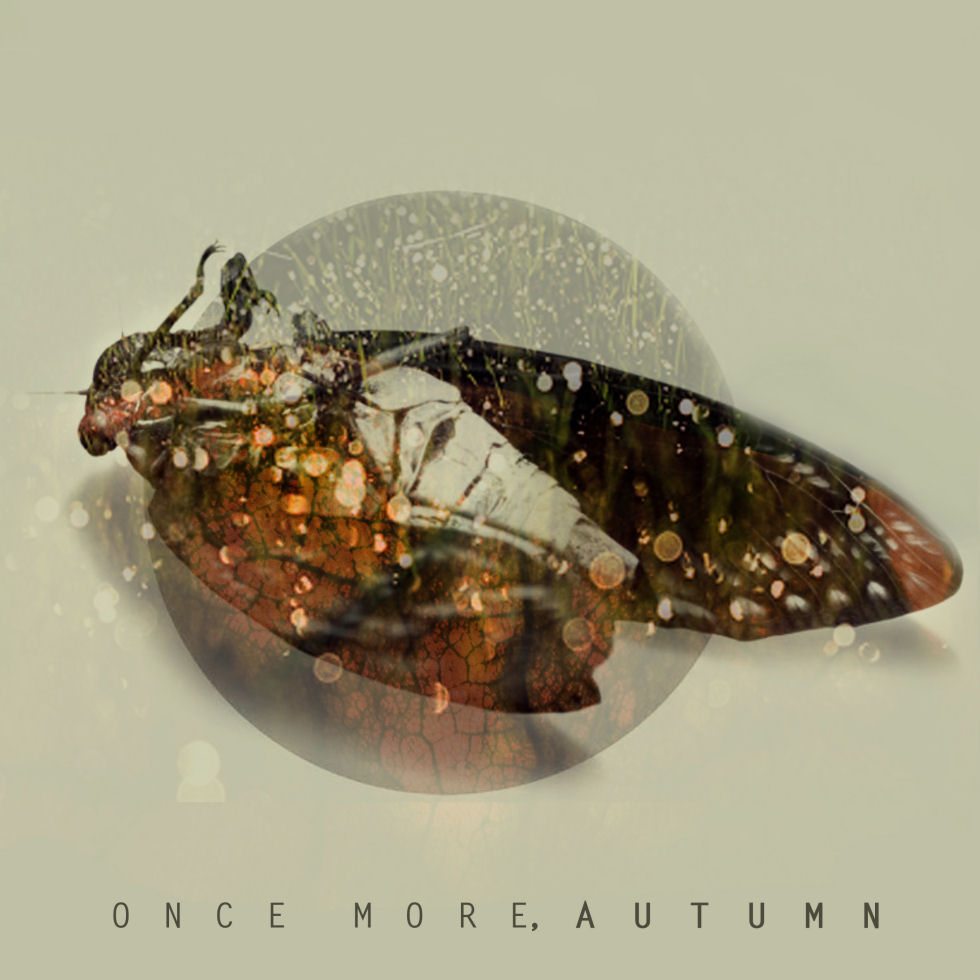 I’ve had some excellent artists and bands step up big time over these past two months as the heat continued to rise here alongside a big, giant cloud of depression that kept on attempting to claim me. For the first time in three years of being with sleepingbagstudios…I began to feel like I was nearly forcing myself to write…sometimes…sometimes even wondering if I’d been forcing it all along. With a proper diet & sleep habits (which I’ve never really had) I don’t tend to feel it as much…but when a guy that needs a simple four hours of sleep on any given night goes to get’em – and CAN’T due to the heat or what-have-you…believe me it adds up quickly.

So wheels can spin…horses can be fallen off of…we can all be knocked down and we can all choose whether or not we get back up and go after what it is we really want. If you’re lucky, in those times there’s someone you can lean upon or gain the strength from to carry on. With my recent struggles & attempt to stay focused on the journey not the goals…I went to the one friend I’ve had in my entire life that’s never managed to find a way to disappoint or let me down…music.

Some of you out there just went ‘awwwww poor guy has no friends.’ I might counter that you might not have one friend out of 500 that ever tells you what you actually need to hear at the time you NEED to hear it…and that music has an uncanny way of finding me strength when I need it most. Thanks to recent music from fantastic artists like Karen Crusher and bands like October Rust I’ve had another genuine shot at getting over my shit and getting on with my life once again.

The other band that certainly deserves some credit is the one here in our review today, Once More, Autumn. I was lucky enough to be working on something written for the band not too long ago…bio, press-release…something along those lines…but at the time I was given a glimpse into the world of Once More, Autumn and able to preview songs “Foals” and “Beyond The Pines” from their then upcoming EP – now available to pre-order in anticipation to be released for you all this August. A lot of the time I’ll spend spinning the music while I’m writing…sometimes I throw it on while I’m puttering around the studio to get a feel for it; I’ll just say this one directly – I got completely lost in these two songs from Once More, Autumn and felt like I could have stayed there for days listening to just these two songs alone. Gradually as the day progressed and I drifted in and out of my own thoughts and reality…I must have passed a good some six or seven hours before I even realized I had ONLY been listening to those two songs on repeat almost all day long.

I figure…if it wasn’t the ‘right’ sound I needed at the time, it would have assuredly been noticed and more than likely turned off. Once More, Autumn was exactly what I needed at the time…and I’ve since thanked them for creating such strong, melodic, emotional music. I’d be lying if I said these songs didn’t help me out big time…Once More, Autumn had already made a name for themselves with me by being there for me without having even met me…through the music. To say that I was excited when seeing the self-titled EP come onto my playlist here next would be a massive understatement; I definitely wanted to hear more from this melodically-innovative new band.

When their self-titled EP started into their self-titled song, “Once More, Autumn,” I was still looking for that isolated feeling that still mainlines your veins to the world somehow…something I feel like only music can do, and theirs in particular. The opening track is gorgeous in its melancholy rhythms and harmonies in a haunting display of atmosphere and layered textures that make the music stand out just as much as the vocals do. Excellent hollow acoustic guitars, percussion, vocals…they already began their EP with the exact feeling I was searching for.

As it continued into “Nevermine” I felt that spark of hope hit me…and I could feel the turnaround in me beginning already – I was starting to snap out of my own miserableness and into the magic of music once again. It’s always been there for me, always at just the right time…and something about the innocence and sound of “Nevermine” filled my heart with a hope and inspiration. It’s a tiny little song really…but “Nevermine” began to really set me off in the direction I needed to head in to find my normalcy once more.

Like an old friend…”Foals” pumped through my speakers. The entire song sounds like it’s covered in the fog of the morning; the atmosphere in this third track is so rich and thick you feel like you could slice through the air with ninja-moves from your armchair and see the trails of your movements through the air in front of you. The melancholy and far-away feeling of this song is freakin gorgeous. The vocals are beyond perfect and pull in listening ears through brilliantly shared emotion poured into the microphones from the lead and the background. “Foals” continues to build and build upon itself, bringing in voice-samples towards the end as the song bursts brightly into an all-encompassing wall of sound before it breaks completely into silence that makes you wonder for a moment if your playlist is still on before “Cypress” starts.

The massive break in sound really allows for “Cypress” to start out its subtle, low-key nature in the perfect way – almost like the song completely creeps up on you before you realize it’s been playing. As sparse as it gets for sound…the acoustically-driven quietness lasts for only a short time but really allows you to break from the intensity found at the end of “Foals” and sends the EP in a completely softer direction from that moment forward for the most part on the Once More, Autumn EP.

Overall it’s a very interesting mix of sounds. Vocals remind me often of bands like Athlete, The Head And The Heart…even Ken Andrews of Failure even though the music is obviously radically different. On a musical-level they hit all kinds of fantastic territory from sounds like The Arcade Fire, U2, Mimicking Birds…and I’d probably cite The Head And The Heart again on this half as well. The indie-folk sound they’re after is a magic they’ve been able to capture and perform with perfect sincere emotion throughout Once More, Autumn…you can tell music like this is made by people that both love it, and need it just as much. “Only The Magnificent” takes on a fantastic role towards the end of the EP brightening up the sound in the chorus in contrast to the gentle & tender melodies in the verse. Definitely the kind of song that leaves you with the uplifting, inspired feeling we all search for in music. Brilliant combination of harmonies against the piano, drums and acoustic rhythms; this song really builds, swells and evolves right while you listen to it…great ideas on display throughout “Only The Magnificent” and its powerful structure & assembly perfectly assist the energy & emotion of this song.

All of these wonderful things being said…I still wasn’t sure (and I’m still not) that I had heard any song that might resonate with me as fully as their final song “Beyond The Pines” would. I’ve heard some things that make me proud of the independent music-scene before…but this song became so important to me on a personal-level that I almost wanted to reach out to the band and call all of their moms and dads to simply thank them for bringing this band into the world. “Beyond The Pines” almost starts out sounding similar to U2’s Bono on the microphone for an intimate moment with the crowd before finding one of the world’s most beautifully executed choruses. Simple but massively effective – you’ve gotta appreciate that Once More, Autumn has been able to pull off their sound relying on not much more than the magic they could create in any given room they happen to occupy; as in, there is little ‘studio-magic’ on this album…this magic that you hear is pure – it comes from the heart of the band. “Beyond The Pines” blends harmonies and atmosphere in a new combination unique to the EP and really leaves a massive impact as you exit the experience of listening to Once More, Autumn. To put it simply…no matter where it might have been placed on the album, I think that’s the kind of melody that sticks with you for life.

And I can’t thank them enough for that…for their music. One day I’ll be walking out in the rain on a day in the future I’m sure, just thinking about life and where I do/don’t fit into it all…and the melody of “Beyond The Pines” will come back to me like I was listening to it the day before. Songs like this will always be there for you when you need them…music…will always be there when you need it.

With all the talent for melody and creating genuine emotion in their music – I’m thinking the subtle, gentle melodies of Once More, Autumn could find their way to a lot of people that need to find that magic in music…or to people that need to find the ground underneath them as they make their way back to a confident stance. Music can help heal and truly soothe the soul – and Once More, Autumn has put out six new songs on their self-titled EP that serve that purposely beautifully.

Find out more about Once More, Autumn at their official pages at: