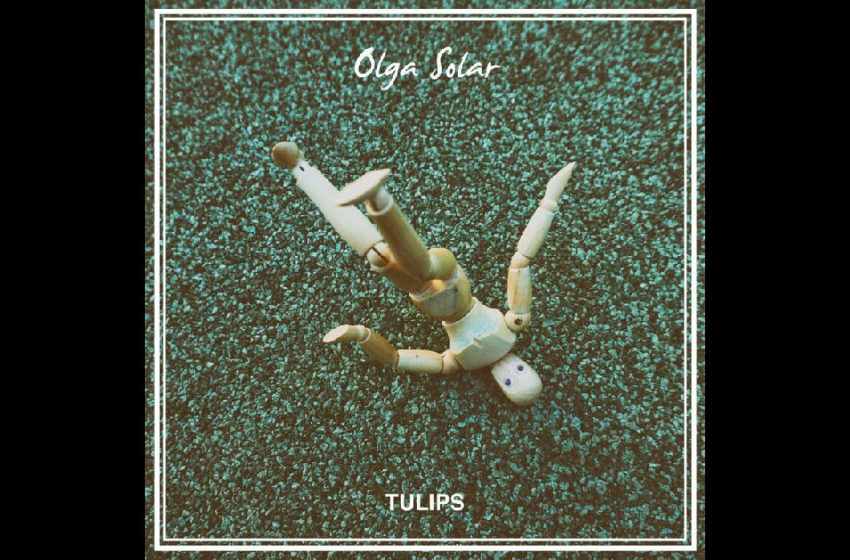 I’m not just as careful as I can be with the words I write – I’m equally careful with what I read.  Being in the business of words, it’s tough not to get jaded by what a person sees being written out there, especially in the specific field of music-journalism, where trying to describe songs is a futile battle to begin with.  I take things I read with a grain of salt or two for the most part…but every so often, you’ll read enough comments that all line-up together cohesively…a consensus can be tangibly reached or assumed, and you know you’re about to be in store for the exact conclusion you’ve come to, 100%.  That can certainly be said to be true of Olga Solar out of Sydney, Australia, who’s plethora of positive comments on her homepage all pointed towards something really special in the music she’s making.  It wasn’t just the anecdotes about how she’s already got airtime from the infamous Triple J radio station, spins on MTV, or having being featured as Apple Music’s ‘Best Of The Week’ already with her first couple singles out – it was the genuine enthusiasm coming from listening ears that tipped me off most.  Reading over what others had written in support of Olga’s music was straight-up uplifting…I hadn’t even pushed play yet and I felt like I was reading about a legitimate future superstar of tomorrow.  I didn’t question what I was reading…you can see when a comment is authentic, again, especially when the consensus shared between them all comes to the same point more or less – all of these did, and they all seemed to get at Olga Solar having that wow-factor only a few rare artists are lucky enough to have.

And now you can add me personally to that growing list of people that’ll vouch for Olga’s awesomeness.

For those of you that read our pages regularly, you know I don’t tend to read too much from what others have to say about music before writing my own reviews – because it can potentially taint the process.  Just so happened there are a whole bunch of quotes in a really smart place up on the main website…so naturally, I started to read them – don’t blame me, the site’s designed that way, blame the internet.  Anyhow.  The point I’m trying to make this time around, is that in having read all this positivity, love, enthusiasm, and support for Solar’s music, the bar for my own expectations shot through the roof.

And it’s rare to not be let down in a situation where that’s the case.

With the curious sound & artistic creativity of an artist like Feist and the swagger & style of an icon like Chrissie Hynde, somewhere in the middle of those poles of measurement, you’ll find Olga Solar happily immersed in her own extraordinary sound.  Listening to the amount of pure pull in the melodic hooks of the music alone should make most of the ears out there happy enough to begin with – Olga’s the icing on the cake here as her lead single begins.  Once she starts to sing, she immediately takes the amazing potential of this entire song to unimaginably inspired heights, revealing an artist that has undeniable talent and incredible instincts at the microphone.  “Tulips” is theatrical, expressive, stunningly vibrant, and massively engaging to listen to – it’s a single that audibly burst with sweetness in sound and style for miles.  Even after reading all the positive accolades I’d already read about Solar’s music and feeling like I was ready for something spectacular to listen to, I still felt like “Tulips” managed to exceed every possible expectation I could have had.  Olga’s clearly not just good, not just great, but truly amazing.  I’m simply another voice in a long, long, line of folks that have already had the pleasure of listening, here confirming what many others out there already know – she’s got a world-class voice & she uses it as confidently as a veteran of the music-scene would…let alone what you might expect out of a debut.  “Tulips” leaves you with zero doubt about Solar’s readiness for the world-stage, she was clearly born to be an artist and destined to lead the way for others to follow by using her fresh approach to her music & material to her advantage, allowing innovation, imagination, creativity, and melody to reign supreme.

To sum it all up, it’s extremely rare to find such hype surrounding music so completely justified – Olga Solar is a true gem out there in the scene right now, full-stop.  Loved her voice from the lead to the background, the song is written with true craft and performed to pure perfection – the hooks and charm in the sound of “Tulips” is certain to grab the attention, hearts, and minds of the people out there.  Hands down one of the most exciting artists I’ve personally learned about & listened to this year so far – I think this one song alone gives our ears every reason to believe that Olga Solar will go on to become a worldwide sensation – she’s utterly fantastic and her vocals have a truly immaculate magic that she can proudly call her own.  I know I’ve written more than a few words about her at this point, but believe me, she’s got me speechless – this fine lady is making seriously amazing music.  What a remarkable & massively memorable first impression!