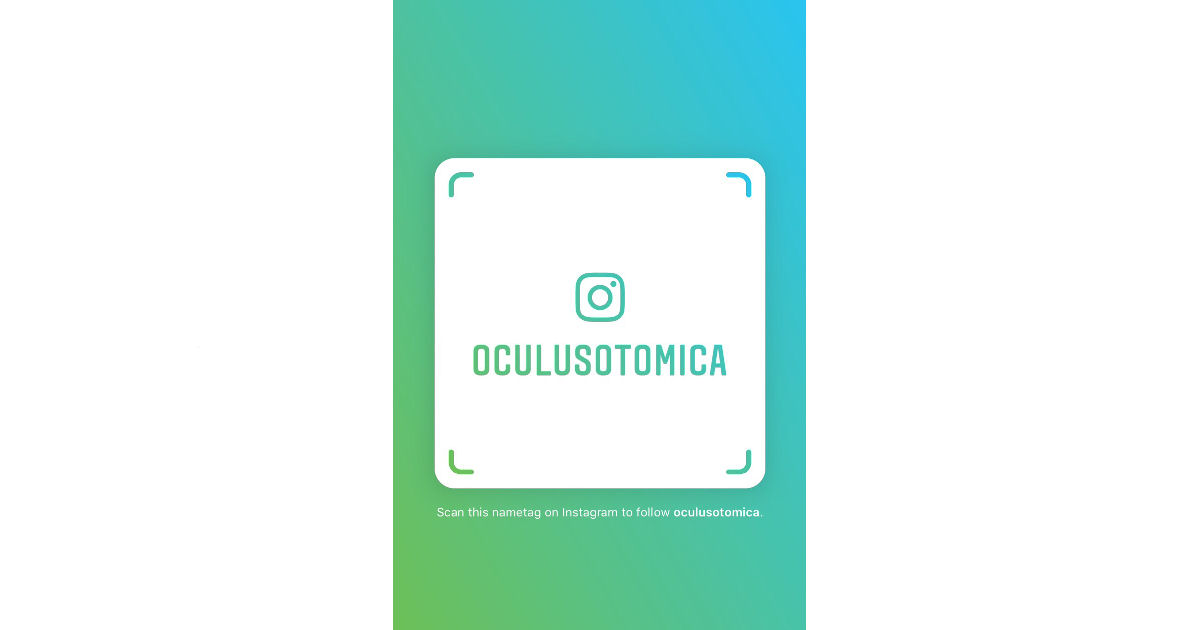 Alright…as has been explained to me behind the scenes, “OculusOtomica is not a normal band,” so what better way to start out listening to them than by checking out…some…hmmm…fifteen second clips or so?  I don’t know whether to love these guys because they’re clearly going to be fucking incredible or hate them for just giving us the TINIEST taste of ALL TIME to give us an inkling of an idea of what they might be like.  All I know is this – don’t tease me bro, straight-up.  If you’re gonna show me something like these badass clips…if you’re gonna put awesomeness & epic sounds like these through my speakers…then y’all better be ready to NUT UP & release this stuff soon…cause now you got me fiendin.’

And in many ways, I suppose I better brace myself for this brave new world anyhow…while this might be the very first time I’m getting music to review via Instagram – I have the sneaking suspicion that now that this door is open, chances are, it ain’t gonna shut again.  Plus who knows – there is literally NO answer & every answer out there right now in terms of how to go about getting your music heard in the independent music-scene; bands have tried all kinds of things to increase the buzz surrounding their tunes and this could very well be another great angle & approach in how to go about do that in the here & now of today’s world.  I was actually just reading about a story of the band Men At Work in a biography about The Tragically Hip that went on to explain one of the ways that the album Business As Usual went on to sell as many copies as it did was in-part largely because they bolstered the word of mouth with incredibly rouge tactics, including shipping their single “Who Can It Be Now?” around without an actual label to identify the band that made it.  So like I’m saying here…there’s no real right or wrong way to do it – the most important thing you can ever do is be invested in your art like these guys are and TRY something.  And fuck, if it doesn’t work – TRY something ELSE.  Stay in it, stay involved, do the ground work and learn to love the journey just as much or more than the goals of the end game.

Anyhow…unique…they’ve made an impression with both their music and their methods.  I’ll tell ya what I know and what I can see & hear so far…and a few assumptions, theories, you know how these go…

Players-wise, looks like we’ve got:  Mylon Guy on bass (Motograter), Scott Rose on vocals (Rikits), Ryan Ball on drums (Medinagrooves), Joey Wilkinson on guitar (Dropbox/Sikfist), and Shane Perry in the mix, adding vocals & guitar as well.  So five dudes, most of’em already out there with street-cred in the indie scene, and one that’s just gettin’ into it.  Safe to say that, unless the credits have just been left out by mistake (which is more than possible here) – that in a 4/1 ratio like that within a band with the new dude actually taking on two roles – you can pretty safely assume that Shane is an untapped talent that’s strong enough to hang with the other four underground all-stars assembled to form OculusOtomica.  Aside from the credentials, I can also tell ya that they’re impressively booked at the Berkeley amphitheater for their debut show in California, that the wickedly talented Ahrue Luster of Ill Nino is producing OculusOtomica, and that they’ve got a whole ton of stuff happening outside of the music to support it.  By tons I’m talking innovative new ways to reach people out there…I know the very basic gist of a few of their ideas that are currently in motion – and I’m not gonna blow the lid off their secrets here for you now when they’re working so hard to keep them contained at the moment…just suffice it to say that I’m unbelievably stoked on what I’ve seen & heard so far and that they’ve clearly got their heads in the game.  These teaser clips…this tantalizing taste of what they’re capable of…I mean…this is just the very beginning of what could be a seriously lengthy and killer career in music to follow; right now we’re all breathing fairly easy – they are too – but once OculusOtomica decides to officially throw the switch & start releasing full cuts, they might not be able to turn that switch back to the off position ever again.  For as involved as they seem to be already, I’m guessing that’d be a nice problem for them to have.  Many people are gonna completely dig this band…after everything I’ve seen & heard, no matter how SMALL these clips are and how torturous it is to get such a TINY SAMPLE of such epic badassery – I have the feeling that OculusOtomica is gonna be absolutely worth the wait.  So don’t get me wrong – I’m fuckin’ greedy and I want more of what they do right fucking NOW…but if the quality of the ideas, music, videos, and overall sound is anything close to what I’ve already witnessed, I’m willing to ride it out and wait however long it takes for this band to do things as right & tight as it seems they’re about to do.

They’ve got a teaser clip that shows the logo art where the music I hear leaves me with a massive chubby every time.  Well, not massive by real-man standards, just my own, but you get it – this is music that should make you ROCK HARD.  We’re talking a Tool-like depth here in the sound on this clip, the drums from Ryan Ball sound enormous…the whole band does really – Ryan’s just the main thunder on the way into this clip before the grind of the guitars & low-end rumble of the bass come right in to join.  You can hear a huge level of musicianship in this tiny clip though…and you can hear gigantic ideas & sound that should get you more than excited if you’re a fan of anything with that true alternative attitude & decidedly crunchy tones goin’ on.  This clip alone, no joke, has already sold me on whether or not I’d want to listen to more from OculusOtomica…& the answer to that is an enthusiastic YES PLEASE.  I mean, visually, audibly…it’s completely clear there’s going to be a ton here to turn right the fuck up.

Then there’s a clip from ‘behind the window’ that appears to be a bit of a studio-playback session from some of what we’ll hear from the band in the future to come.  Once again, those drums from Ryan are immediately standing out for their complexity and killer timing…this guy is clearly part machine or a cyborg of some sort.  Rest assured, if you dig your bands with massive drumbeats and a skilled commander of the throne – I’m thinking that you’re definitely going to want to make a point of following this band wherever they end up going with all this.  Notably in the green/blue clip of tripped-out visuals as well, is that you can hear that both structurally & sonically, OculusOtomica is already living up to that promise of not being normal…you can hear the reach for tones and writing that aren’t typical, yet still wildly appealing to our ears & imaginations.  I mean, call me crazy if you like, I’m just tellin’ ya what I hear…to me, it completely sounds like this band could blow the roof off the entire scene…a clip like this has a brilliant mixture of menace and mayhem to its vibe that seems ready to detonate, explode, and expand into something huge like what we witnessed in the first clip.

In the background here, I’ve got access to a third clip that’s yet to be posted up from an upcoming video.  Make no mistake – I loved what I heard in the first two clips…but this…THIS…started to really paint the full picture of what this band could really be like.  This third clip takes them into more Deftones-ish like territory with the vocals introduced for the first time in any of the clips I’ve seen – and I freakin’ LOVE it.  It’s very Chino in the sound, texture, movement, approach…but the vibe of the music that comes along with it might end up being a more suitable comparison to one of the side-projects like Team Sleep in that more atmospheric & chilled sense that this clip puts out.  Certainly no complaints from me; it’s clearly going to be in that prog-rock/metal vein of gold that exists out there on many of our playlists already and sounds like OculusOtomica is a seriously strong addition to that entire genre.  A worthy one at that – I think the work is really being put in here, both in front of & behind the scenes – and ultimately, it’s that level of dedication & pure-skill combined that’s going to lead this band to success.  Definitely helps that they’re obviously going to freakin’ SLAY your speakers & mind in the process with amazing sound, songs, visuals, & videos – but it’s that extra passion you can see these guys have for the surrounding elements of their art that’s going to make all the difference and see this band going hard long & strong into the future.  My gut tells me they’re already ahead of the game when it comes to what they’ve got planned for us…that there’s truly next-level stuff happening here…& I’m completely stoked to see where OculusOtomica takes their music from here – consider me 100% interested in this band.

There is a ton more clips at their page at Instagram that are documenting their adventures, mischief, and music of course – find out more about OculusOtomica:  https://www.instagram.com/oculusotomica