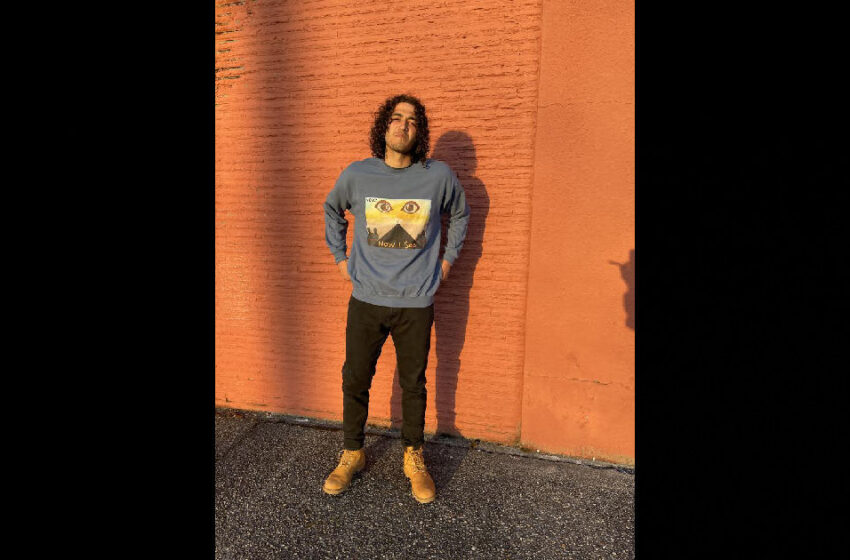 NOYZ – “Smoke It Off” – Single Review

Life is a stressful gig y’all, and the struggle is real – sometimes you just gotta “Smoke It Off.”

You can take it from me firsthand, or you can take it from NOYZ too – or both if ya like – we’re speakin’ the truth when it comes to handlin’ stress & blowin’ clouds.  I don’t really travel too far without my bong fully loaded & ready to go…but as a result, I tend to not have too many worries either – a healthy diet of the purest greens will go a long way to keep the ol’ anxiety down & the spirits up…or on the worst of days, at least just allow a guy like me to function.  NOYZ gets it.  I hear the words of a cut like this, and I know the man gets what I’m gettin’ at – that “nitty gritty stuff” like the Chappelle sample he’s got at the end will tell ya…with the amount of self-doubt & obstacles in the way of a creative mind, the way I see it, we’re just a spark away from the whole of society blazing up to “Smoke It Off” & keep the pain at bay.

I’d like to personally announce that the days of NOYZ battling back anonymity are coming to an end very soon.  How do I know that you ask?  Because I like to believe in my heart of hearts that talent like this gets recognized and receives the proper credit that it’s due.  Maybe it doesn’t happen overnight, maybe it takes a minute – but there’s no way an emcee like NOYZ goes unnoticed – this dude’s got skills that any set of functioning ears could hear, and a style of his own that’s completely on-point.  Next-level stuff really…listening to how this artist hits the bars with such precision, and how genuinely unique his approach to the writing of a track like “Smoke It Off” really is from verse to verse & line to line – I mean…I’ve been doing this music thing for a while, and I’m tellin’ ya – NOYZ is onto something special.  It’s early on in his career still – obviously he’s only going to get even better from here on in – but to hear this guy’s professionalism & next-level readiness after having only released his debut last year?  Amazing – no joke – he’s got a gift for expression, and even here on the early side of his career’s spectrum, no one could miss just how much pure passion he puts into every syllable of his thought-provoking lyricism.

Guy’s got a lot on his mind and clearly he’s been under a lot of pressure from day one – a lot of it’s self-imposed…but that’s kind of the nature of overactive creative-minds, they tend to think a whole bunch.  Some of these things he can overcome – “but I get stressed when I can’t control it all” as he’ll tell ya himself throughout the hooks of “Smoke It Off” – and when he spits it, you feel it…because chances are, you can fully relate.  Some obstacles seem like they can’t be bypassed or beaten – NOYZ is realistic about that – but deep down, this guy’s got the talent & determination – the true grit required to make it.  “Put the work in, it’ll change the tides for you” – that’s solid gold advice from the man right there – and again, I agree with him wholeheartedly…anyone that does, would.  The fact is, most don’t.  We get caught up in endless strings of days on end where we drift from the focus we need to reach our max potential if we’re not careful enough – but the work that NOYZ is putting in already is proof that he’s committed to the art & ready to out-hustle the rest.  It’s something you can visibly see, and believe me, you’ll hear it too as his determined spirit breaks loose throughout the bars his single “Smoke It Off.”

He might have been down in the past, but don’t count this man out for the future to follow – there’s a real leader in NOYZ that’s brewing strong…this is the kind of artist with the mindset capable of changing the game – be ready.  Take “Smoke It Off” as an example – the tales he’ll relate in the first verse alone will verify he’s been through some serious shit out there – but it’s the fact that he’s created this cut & standing at the mic so large & in-charge with confidence & conviction that tell ya he’s come out stronger on the other side of it all.  Listen to the way NOYZ brings uniqueness to his bars…I’m tellin’ y’all, he’s gifted in ways most emcees can only wish they were; from the details of the insightful lines he’s spittin’ to the sheer expression he puts into his lyrics that have you feelin’ every word like you lived his life yourself – he’s clearly got an incredible understanding of what makes music connect.  He’s got character, he’s got charisma, he’s got genuine material that confirms he’s thinking about the future and how to build his legacy on the strengths of being real with the audience listening – NOYZ has put in a huge dose of who the man behind the m-i-c IS on “Smoke It Off.”  Like I always say around these pages of ours – the more YOU there is in the music YOU make, the more WE connect to it – this single is proof.

NOYZ is a performance-minded artist that knows exactly how to get the most out of every word and take listeners right into his world.  “Smoke It Off” will start out by detailing the struggle – but notice where you end up by the time it’s all over…you ended up right in the middle of an entirely uplifting message at the core of this cut that lands with resounding impact; and it’s every bit as inspiring as he’s intended it to be.  Walk it off, shrug it off, “Smoke It Off” – do what you gotta do – but keep hustling, keep putting in the work, keep focusing on greatness NOYZ – you got this homie.  I’m hearing nothing but green lights ahead for this guy in his future ahead…talent like he’s got can’t stay secret for very long.

“Smoke It Off” comes off of the 2021 record Now I See by NOYZ – listen to the man and his music direct at Spotify here:  https://open.spotify.com/artist/1O0CD11gBVgGAjfx5QY1P3