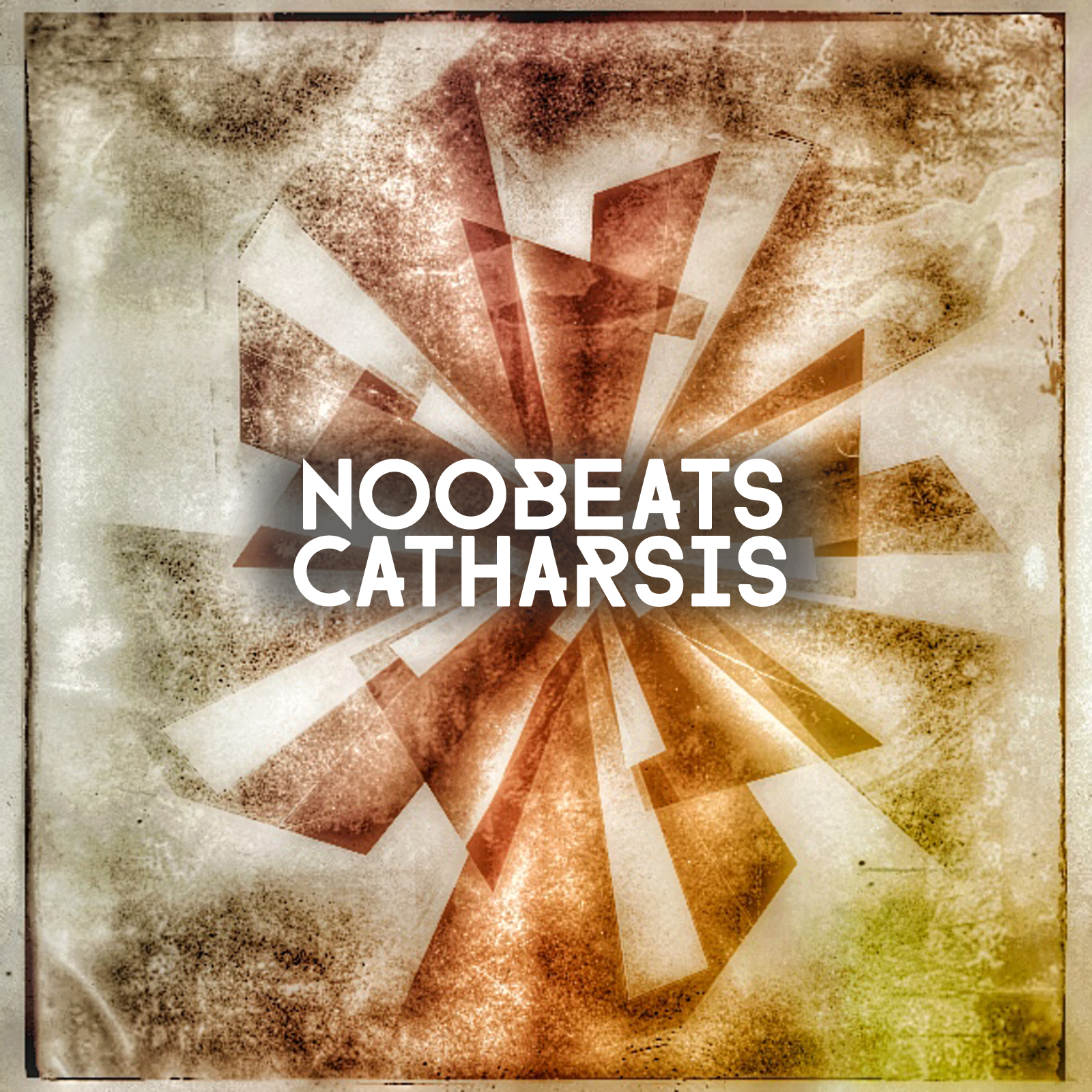 You might just find yourself in need of somethin’ to get your rump bumpin’ tonight – so let’s unleash this meaty & beat-y EP called Catharsis by electronic producer Noobeats from Berlin, Germany. Bringing six brand-new tracks to us through this latest effort; you’ll find them packed full of energy, hypnotic rhythms & beats, all produced & mixed perfectly into this short & sweet electro set.

I personally found an interesting ‘switch’ of sorts on this EP. Now – while I’m certainly not knocking ANY of these well-assembled beats – I wouldn’t be doing my own job here through this review if I couldn’t spot certain differences…you’ll see what I mean…

Catharsis comes out with bright & fantastic, pulsing energy with the opening three tracks. While each track definitely has its own stand-out electro hook to bring in listeners – I wasn’t sure I was hearing Noobeats the artist standing out yet at this point. Title track “Catharsis,” and tracks to follow “Ups And Downs,” & “Find A Way” weren’t necessarily ‘typical’ of the genre…but you can ALSO hear easily that there’s a tremendous gift for production and song-construction – to the point where the first three tracks might leave you wondering just how difficult that would have been to record, or whether Noobeats challenged himself hard enough in those first three openers. Much of the music reminded me of electro artists Linus Loves and Dada Life, some of it even reminded me of the instrumental breakdowns I’ve seen in live performances from Hot Chip. Again – these opening three are all good, solid electro tracks…but I felt like I was still yet to hear some true musical identification from Noobeats at this point in the EP.

Is there redemption in the last half of Catharsis? Will the true electronic identity of Noobeats be revealed? You can bet your electronic-ass there is!

The fourth track in, “Come Around,” was where I truly felt that switch occur. The opening three tracks almost became an extended introduction once this middle point of the EP kicked in; all of a sudden it felt as if some of the traditional chains of electro were cast off of Noobeats, and the innovation & creativity truly began to flow. “Come Around” is a perfect, pulse-laden & tricky little electro beat. It’s playful in all the right ways, changes in all the right spots and weaves in & out of your earholes right into your brainwaves.

I was also easily hooked on the incredible atmosphere of the following track, “Trains.” On a first listen through, until the final track hits, “Trains” takes you on the largest departure away from the actual tones of the electro tracks before and right into the underground. It’s a dark but energetic piece of electro with great synth pieces that tangle around it, as well as a nice change-up in that overall sound of the EP to round out its final third.

Now…understand that when I say things like ‘creative’ and ‘innovative’ they don’t always equate to being ‘easy to listen to,’ despite however happy these stretches in creativity make me personally… Noobeats DID straightforward for the people that needed it in the first half of the EP…this entire last half was much more for people like myself. “NUTS” is a perfect example of what I mean. This is a moment in electro right here! Truly losing himself in the music – this is the artist Noobeats let completely loose. The result is absolutely fantastic, at least to me if not for everyone else. This track stammers and pulses through its electronic nature both awkwardly and brilliantly at the same time and truly was the creative break this EP needed at the end.

It’s that subtle hint of MORE that haunts the entire atmosphere of this EP…so Catharsis finds itself ending on the right note with the largest changes hitting you in the final stages of the album that play out like a nod to a long & bright musical future…destination unknown, thankfully. What may have started out somewhat typical turned itself into something much deeper, and by the final musical fireworks at the end show that the music of Noobeats could theoretically be limitless in creativity.