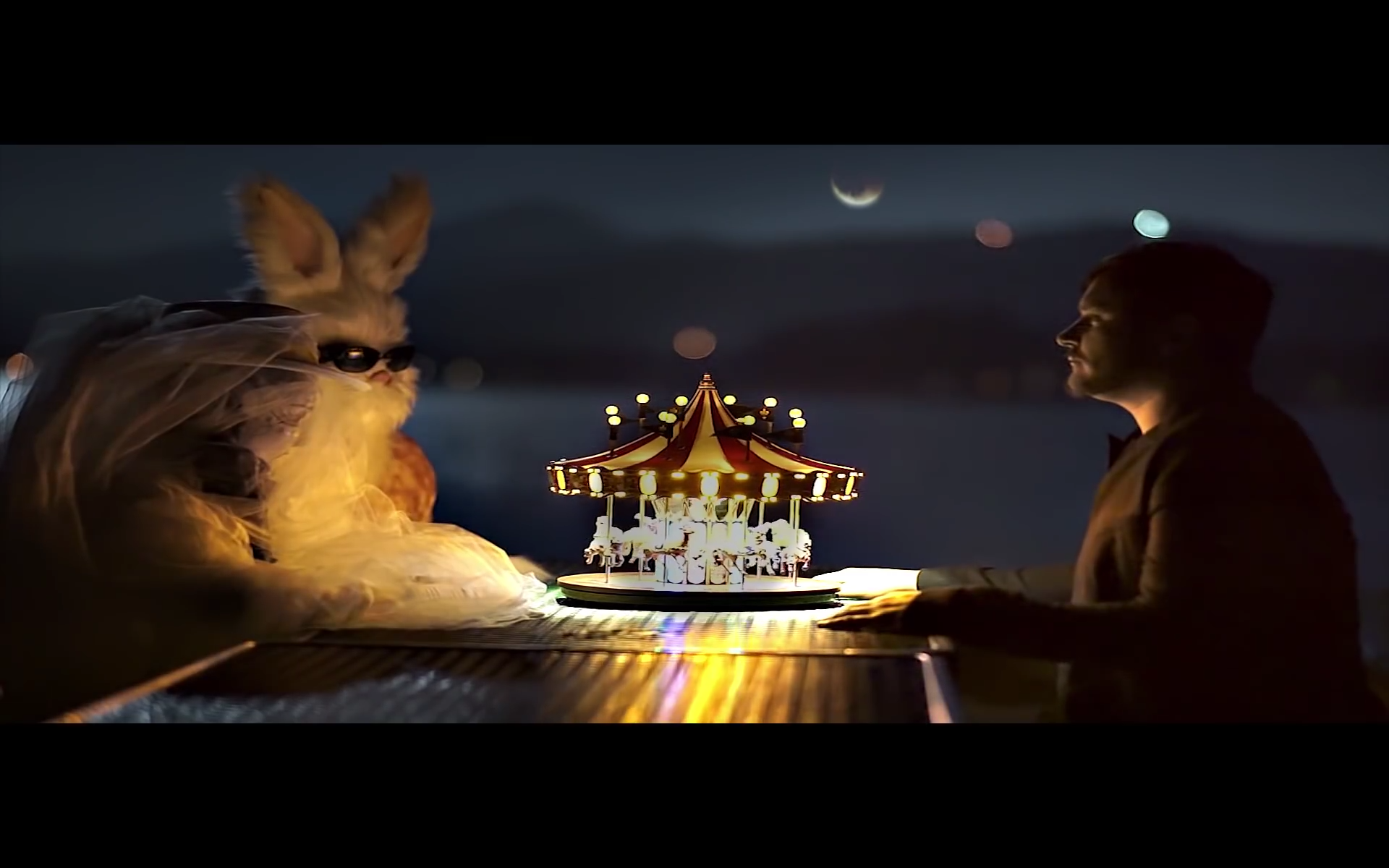 Were it not for the extreme pleasure I’ve been taking in the music I’ve been listening to today, I’d almost swear that I had made the wrong choices in what to review today. Not because the music has been any kind of bad whatsoever – quite the opposite! Much like KAVA from today’s earlier review – I ended up launching myself into Nexus Plate shortly thereafter, becoming just as glued to the hypnotic style and immaculate, sparkling-production of this L.A.-based, three-piece electro-band as I was to the last music I came across. What’s up with these insatiably-hypnotic songs coming my way? I’ve lost so much time today in a musical-trance that the clock has actually ticked backwards I’m telling you…

…but what I might have lost in time & train of thought has been spent surrounded by some truly incredible finds early on in 2016 today. Nexus Plate had promised to be ‘different’ from everything I had read…and brothers, sisters, dear readers, dear pals…I cannot express enough just how radically different that Nexus Plate truly is and just how quickly you should be running to put this onto your playlists. It’s so damn good that you’re already behind on how many times you can listen to this set of songs in one lifetime and I fully recommend you get this playlist of Nexus Plate songs started up as soon as possible to get in as many listens between now and the old-folks home that you can get in for yourself. These songs already have thousands-upon-thousands of plays on their hit-counters and it takes absolutely no time at all to figure out just why that is.

“If I Choose” is fucking flat-out fantastic. Listen to the roar of this opening! It’s like an extreme version of The Cure…like a seriously industrial version of their dark, emotional atmospheres. Robotic & deadly sounding like She Wants Revenge or with the murky grind of a band like Placebo…there is so much here to love in this first song my head’s spinning around like a bad impersonation of Beetlejuice as I try to sort out what I like most and want to talk about first! Like…umm…ALL of it? Is that an acceptable answer? I’m 750+ reviews into my career here at sleepingbagstudios…surely I could get away with ONE review that simply stated:

Because that’s damn near all that needs to be said! Nexus Plate is representing the best in a whole conglomerate of ideas and genres and combining Industrial, Post-Punk, Rock, Electro, Pop and all kinds of experimental ideas…the musical kitchen-sink as it were… In saying that…it’s just as necessary to mention how amazingly uncluttered and sparklingly-clear these songs are at any given moment – all four have an incredible layer of production acting just as strongly as the material itself. Nexus Plate is cracking the bat, loading the bases and sending these songs straight over the fence out into the world with a serious grandslam happening here in these singles on Soundcloud.

Where the dark ruled “If I Choose” in the most awesome of ways with its dark-fury blazing an intense set of rhythms and dynamics in a mischievous atmosphere – the following cut I checked out called “U R My Life” is like its polar-opposite in tone and mood. Normally a contrast in sound this dramatic can result in a fairly jarring experience…the kind where your brain sets up an expectation for what comes next and when that doesn’t happen, you either tend to love or hate the next sound that comes out. Full credit to Nexus Plate for finding the most incredible dreamlike atmosphere, melody, music and vocals to allow you to be pulled right into a complete change in the vibe of the sound of the band in this next single – that’s not an easy thing to do, but I’m telling you the way they’ve done it here on these singles is strong enough to hold-up on an official album in the same exact line-up. It’s daring…but they’ve pulled off the most incredible combination of sounds in “U R My Life” that the charming, charismatic way the music hits you can’t help but bring a smile to your face. There are opera-style moments…swirling, bright electro-sounds…solid drumbeat rhythms and the raddest switch into a full-on electro-jam as it transitions towards the fourth-minute. The background of the music of Nexus Plate is every bit as strong as what happens boldly upfront…and from the audiophiles perspective, this is one sweet complete pleasure to listen to.

Reflecting on life and love in the amped-up electro BEAST of a song called “Happy Day” – I’ve felt as if Nexus Plate has also managed to continually impress and raise the level of the material each and every song that’s passed through the list! That’s a decent problem for a band to have…that it gets tough to decipher one awesome track from how awesome another one is. “Happy Day” is much like a happy medium between the sounds of the first two tracks; it’s massively intense and moves with inspiring energy as it plays throughout, but also has a slight edge to it that still packs a huge punch through the beat and vocal-flow. Seriously well-written lyrics that paint the picture of this personal story & observations on love that move perfectly with the metering and non-stop beat of “Happy Day” – this track is a real mover from the moment it gets going to the end. Hard not to appreciate a song with the incredible movement, energy and rhythm this song has…it’s audibly electrifying!

The most ambitious and artistic track that Nexus Plate has comes at the end of the set of four, on a song called “Enchanted.” Big menacing musical-clouds form over the storm of the first minute as the intensity and heartbeat of the song begin to expand, evolve, swell and pulse around it. Similar to like…the heavy, all-encompassing vibes you’d hear on Mezzanine by Massive Attack…that kind of thickness to the rhythm. Also much like MA – Nexus Plate takes “Enchanted” into the tribal-arena of music and really explores some incredible sonic-terrain and landscape over the course of this song. Also the longest adventure of the four at nearly 9.5 minutes long – this is probably the best commitment and use of your time that you’ll make today. If you don’t believe at the very beginning, the switch at the third minute, or the fourth will bring you in. The fourth minute was personally what did it for me; this switch into a guitar-led rhythm reminded me of the way that U.N.K.L.E. switched-up the dynamics in the song called “A Wash Of Black” – which is one of my favourite electro-pieces of all time. Nexus Plate is keeping great company to begin with…and I honestly didn’t think this track would STILL find a way to impress and improve upon itself from there – but when those vocals start, this whole track transcends from music to straight-up magic. They are SORCERERS I tells you! The female-led vocals make this hypnotic, psychedelic adventure parallel something closer to like…”Of Course” by Jane’s Addiction in the Eastern-twinge on the vocal rhythms, tones & flows. The performance is absolutely beautiful and audibly stunning – this incredible voice gives her all to this song as the music continues to build and swirl around her…powerful enough to envelop her if she were to let it…but she’s stronger than the music itself when she reaches the heights of her performance and breaks right through with angelic, soaring-notes that should get her some kind of recognition or awards that are far more prestigious than any kind words I can possibly give her here. You can hear the commitment…you can hear the power in the emotion and the connection to the words – yes it’s electronically altered, but none of that takes away from the extraordinary way she performs and sings this song with everything she’s got.

I know I just got lucky by going in the order that the list was in…but I’ll be damned if “Enchanted” doesn’t leave a reviewer with just about the best impression possible and leave the massive impact on your ears and brain-cells that music so often SHOULD but rarely DOES. Nexus Plate is onto something massive here…everything I’ve heard in these four songs screams with worldwide potential and highlights the creativity of some truly beautiful minds collaborating as one.