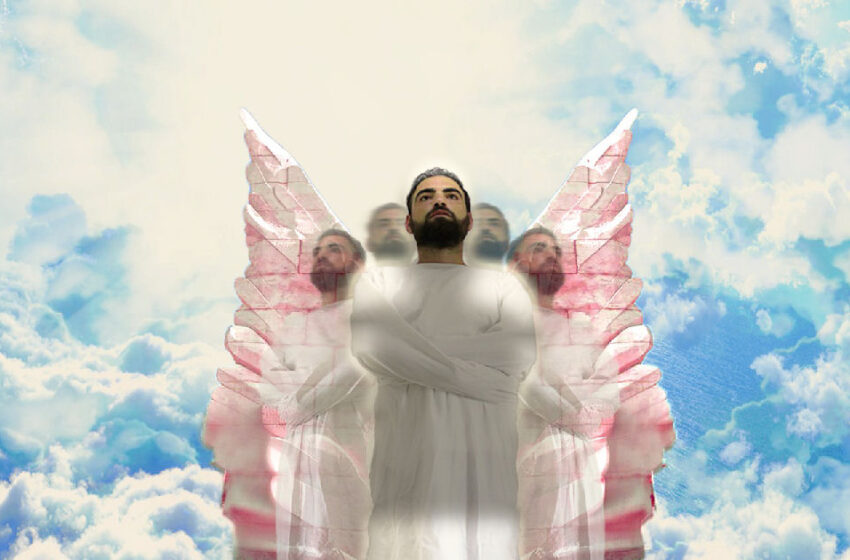 All I really knew at first in hearing Nahoum Hay’s latest single was that looks can be deceiving, but so can listening be too…everything about this whole experience seemed so filled with sweet melody, dynamic expression, and bright imagery alongside it in the video…and then there it was – the chorus…

“Sometimes in life you must pull out a gun, close your eyes and count to three…”

Game changer, right?  All of a sudden it doesn’t matter just how sweet or beautiful anything sounded – you hear that moment, and it makes you listen to the entire track all over again as you wonder – ‘how did we just get here from where we were only moments before?’  It’s not as if the lyricism didn’t start on a downtrodden vibe – it does – right off the drop we can hear what’s like the advice of an inner voice singing about how some dude out there really isn’t gonna measure up to being the king he should be; but it really did seem like we’d gone from a few insightful observations about the troubles of life & love to reaching over to that fateful drawer and pulling out a gun to settle this whole situation permanently.  It’s a leap!  I ain’t gonna lie to ya…it’s a leap conceptually…jarring, unexpected, but interesting for sure.

I don’t know too much about Nahoum Hay except he’s from the Netherlands and now lives in Goa, India – so as to whether or not this fully translated the way he was looking to…honestly I’m not 100% sure, but I do have a theory or two.  Essentially from what I can grasp, “White Robe” is more about the death of a relationship when it comes right down to it, and the use of the gun would more or less symbolizes the force required to break free of the past and being able to move on…not so much the somewhat implied suicidal imagery that comes along with it as it’s written.  Some of that good ol’ metaphorical stuff…on what’s conceivably one of the most complex & controversial issues out there right now…I mean…Nahoum’s taking risks here, undeniably so.  For myself personally, I think it was the sheer fact that there were such contrasting lyrics coming along with song from emotion to emotion & part to part as it played that the genuine shock of hearing that main line of the chorus come out so strong, bold, and unexpectedly that it actually pulled me onboard.  I think “White Robe” is a song that is bound to be interpreted in a thousand ways by listeners out there & likely misinterpreted just as much…make no mistake, it’s delicate in its approach yes – but it’s a highly thought-provoking and polarizing tune as well.

Think of it like this…if you’re listening to the ambitious design, the combination of dreamy Pop melodies and wild riotous Rock inspirations bursting through at its most emotional moments & pivotal points in Nahoum’s song – to me, there are really only two artists/bands that I’d even think to compare him to and I’d certainly encourage him down a similar path, because Hay has that very same spirit & magic in the music he makes.  Any guesses?  Honestly, the answer should quite likely be Queen, and more recently, the derivative of Queen, which would be unquestionably Mika in the modern day – that’s the level of insightful composition in the music, clever contrasting songwriting in the lyricism, dynamically powerful shifts in the mood & melody, and riotously inspired performance that you’ll find on “White Robe.”  Because let’s be real here…for as playful in the design as the music of Queen and Mika can be, or as gorgeous as it can get, there are multiple songs you can point to in their catalogs that deal with some pretty damn grim & real stuff too along the way.  I promise ya, it won’t take more than a quick flip through your mind of the lyrics of “Bohemian Rhapsody,” for example, to instantly confirm this.

Polarizing works…contrast works…putting out a palette of emotions, thoughts, and feelings on display for us to hear in your music…works – in fact, these are the elements of music that move us most and make that lasting, memorable impact on our hearts & minds as we listen – and this song has plenty of it.  For what starts out & appears gentle, has an entirely separate gear when it comes time to bring out the brilliantly vibrant chorus – and while it’s not like I wasn’t digging on the song’s most delicate moments to begin with, hearing this cut expand into its most expressive hooks in the chorus was a seriously undeniable treat for the ears that took this song from good to great in so many ways.  Not only does it up the ante significantly in this particular experience, but that main switch & transition in sound & style also reveals so much more about the entire potential of what Nahoum Hay creates, and where it could take him & his music later on.  Essentially, all things considered – “White Robe” gives you every reason as to why you would want to come back to Hay’s pages time & again in the future to see & hear what he’s doing next…because creativity, passion, and art combined like this takes a whole lot of effort, heart, and skill to pull off, and Nahoum’s performance on this single will absolutely convince you he’s got all the right pieces of the puzzle that stack up to success in the big picture.  I mean…really…you can’t beat this guy’s personality & character on display in the wildest moments of “White Robe” – it’s fantastically addictive; and you get this real hit of epic triumph in this song along the way as it bursts open from the melancholy vibes of its verses…it sounds like hope…it sounds like possibility…it sounds like a life worth living.  All-in-all, “White Robe” really sneaks up on your with its cleverness & composition…you won’t see just how complex & layered this gets from the very start, and I dig that supremely – Nahoum Hay’s got a twisted tale here with his new single…adventurous, ambitious, plenty dark, and equally beautiful.