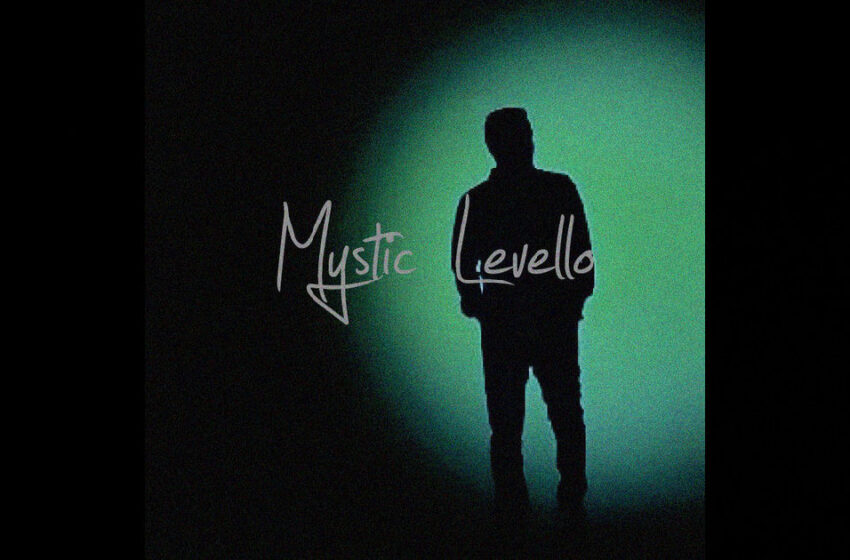 I love seeing things like this on websites out there:  “A portion of all proceeds received from all music projects are used for continued support of global causes to help further humanity.”  Hats off to you there Mystic Levello…that’s a mighty altruistic approach to making music that we certainly appreciate here.

So let’s see here, let’s see…we’ve got a couple of the singles being released by Mystic Levello online – and much like you can infer from the quote I pulled off the official website, these singles point towards a genuine thinker…an artist willing to put perspective into their music, and share what insight they can with the rest of us.  I’m pretty partial to one of these tunes, and the other’s not too bad either – let’s check out what’s happening with the music of Mystic Levello on these two singles we’ve got to listen to.

I’ll start with “Someone Who Can Change,” which was the tune I was a bit more mixed in my reaction towards.  For the most part, I think it’s a solid cut with something authentic to say…it’s more or less a song that has you considering your own role in the current madness that’s been surrounding us all in our daily lives, and the potential for what you could do better with the time you have.  I like songs like this, that hold the mirror right back up to our faces, and dare us to look closer than we likely have been – in terms of the writing, the melody, and the ideas, I’m a big fan of all three and they always provided a combination well-worth listening to.  Vocally, I’ll admit, I felt like “Someone Who Can Change” was a bit more hit & miss compared to the other track I’ve got here, called “Here Comes The Real You” – not miles apart, but noticeably different.  I mean, they ARE different songs & all, so obviously we’re expecting things to be slightly different with each approach to a new melody, but I felt like this revolved more around how it was recorded & sung as opposed to what was being sung – make sense?  I’m not sure if there’s a heavier effect being used on “Someone Who Can Change” than there is on the other cut – that could be it…whatever it was, it was enough to take just a bit too much of the organic sweetness that seemed to come naturally to Mystic Levello on “Here Comes The Real You.”  The low-end notes prove to be the toughest to reach…and while I’d be the first in line to readily concede that Mystic Levello gets to where he needs to go with his tone in the end, I do think it’s by a fraction of a hair, and I felt like that stretch to get there was what we could hear.  I mean…give the guy some credit though y’all – like I said, he gets there – next time you’re listening to it though, try and sing along in the same tone and you’ll discover that, despite all its mellow appearances, that’s actually quite a complex part to be found at the depths of the melody.  No doubt it would be hard to sing…Mystic Levello makes the low-end work well enough, and the rest is undeniably even better – his higher notes & tones come out with more power & confidence, and as a result, connect stronger.  If anything, that’s what I’d recommend here – maybe not for right now, but for the future – in those spots where you find it’s a struggle to reach the lowest of tones, switch it up, and go higher with’em.  For real my friend…try it out, play around with it, see where it takes ya…you might be surprised at how you can still reach that same quality of melody in the writing, yet yield more accessible results that are even easier to sing.  Of course, it all depends on what you’re going for…to me, if we’re talking about what a track like “Someone Who Can Change” is really all about, it’s a vehicle for the lyricism…and rightly so in many ways.  I like Mystic Levello’s thought-provoking style, I like the grounded perspective on display in the words, and ultimately, I feel like the message is the real priority for a track like “Someone Who Can Change.”  It’s one of those cases whereby if the rest snaps together somehow, then bonus – but the words remain the most key element.

Even though there are those same somewhat peskier low-tones on “Here Comes The Real You (Redux),” I’d venture a guess you’d practically have to be made of stone to resist this song, and of that, I am not.  I am basically entirely in love with everything I hear in this track from the start to finish & felt like Mystic Levello gets quite the noteworthy, sincere, and evocative sound into the vocals of this song.  There’s a whole lot of heart & thought put into a song like this one, with great care taken to balance those aspects – and to be truthful, I’d be much more shocked to find out people didn’t like this song as opposed to the many out there that I’d assume would have no problem whatsoever loving it just as much as I do myself.  Another cleverly crafted tune, somewhat in that light-Folk/Indie/50s style of sound – Mystic Levello has a great way of pulling you in to listen in the mellow vibes created in the music, and it’s because of that, you get to really dig into these words and form your own interpretations of the meanings behind’em.  To me, a lot of “Here Comes The Real You (Redux)” was something of an examination of what we have versus what we need, and what we’re left with when/if all those things we have, were to go away.  So heck yeah – I’m not only into it, but I’ve been there as a person that lost everything they owned in their early twenties way-back-when…I know what the feeling of loss is like, and I know who the “real” me is.

Of course, my interpretation could merely be projection…and you’re as welcome to your own as you always are – the real bottom line is, you can tell that Mystic Levello is creating genuinely thought-provoking music with real substance at the core…there’s a passionate desire to offer your ears something more than mere entertainment, and I dig that.  You get the best of both worlds with “Here Comes The Real You (Redux)” in my opinion – it’s fully loaded with accessible & inviting sound, and if you wanted to, you could simply sing along and you could leave it at that, happy-happy – or if you’re so inclined, you can dig deeper, find your own unique attachments to the words and what they mean, and get that much more out of the experience.

Both well-written tunes, both played really well too – for me, I felt like the main differences between why I felt so attached to one over the other were really all based around which tune felt like it came out sounding that much more inherently natural to what suits the strengths of Mystic Levello at his best.

Find out more about Mystic Levello at the official website at:  https://mysticlevello.com

Tags: Here Comes The Real You (Redux) Mystic Levello Singles sleepingbagstudios Someone Who Can Change