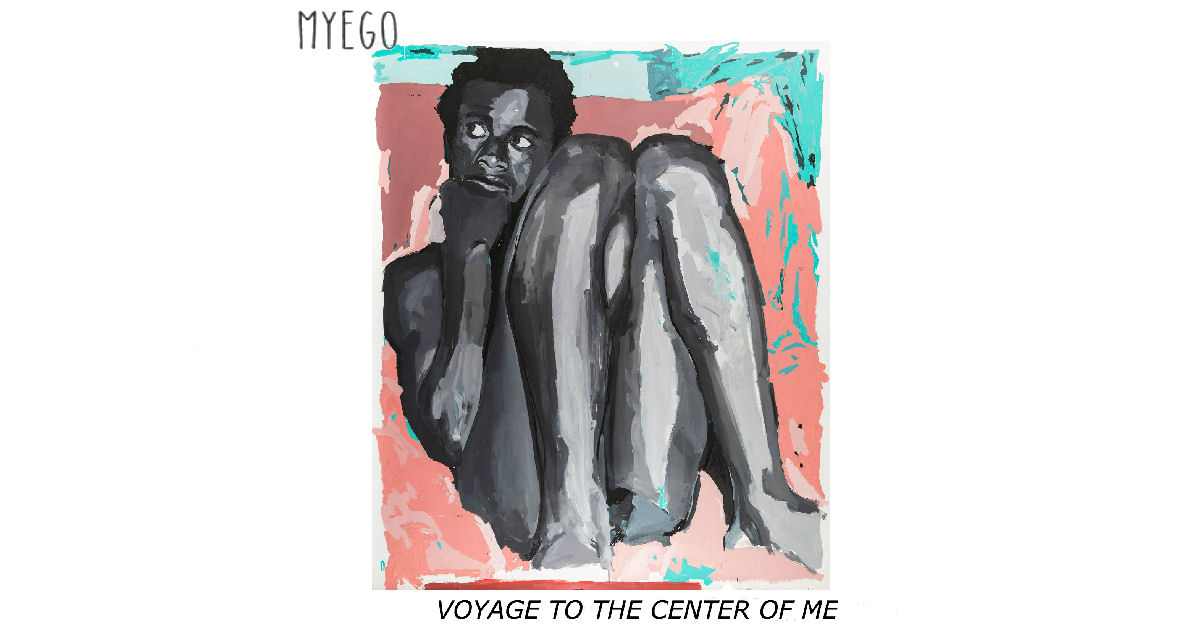 Dude’s actually got himself quite a killer EP all-around if you ask me – make sure to check out what MYEGO has goin’ on with the smart set of cuts he’s put together on his latest record called Voyage To The Center Of Me – you’ll find lots worth listening to for sure, including this cut here in review, the single “Past Tense.”  If I’m being entirely honest, MYEGO’s made a solid choice on making this track the lead cut to pull people into the rest of the record…the comfort of mixing-in elements of Gotye’s “Somebody That I Used To Know” via the vocals of sensational singer Chelsea Ronquillo will give this cut just that slight advantage of familiarity over the rest of the potential candidates from the new EP.  But with that being said, I want it on record – the advantage is a slight one at best; everything I’ve heard from Voyage To The Center Of Me had every bit as much appeal or perhaps even more in my opinion.

But that’s a great ‘problem’ to have – you wanna be spoiled for choice when it comes to what you might put out there that could bring people in to listen…and it’s plenty clear from the six cuts on Voyage To The Center Of Me that MYEGO could have theoretically picked any one of these tunes.  Dude’s puttin’ some rad jams together, no doubt about it…it’s a short record time-wise, but the beats are freakin’ tight and it’s one you’ll definitely wanna repeat.  I know this is true cause I’ve heard it and I did that myself.  Like if you listen to the bounce of endlessly stylistic & vibrant sounds in the melody & mix of a cut like “Pause” and that deep low-end slide it’s got in it, or the jazzy electro-beat he’s got kickin’ at the very beginning of the record with “Flight Or Fight?”…you’ll know what I mean – it’s clear that MYEGO has got options when it comes to his own style & sound, which in turn gives us plenty of options as listeners.

Anyhow.  I’m here to talk about “Past Tense,” so I’ll do that.  It’s even got a video to support it – so check that out first and then hit me up below & we’ll chat about this – push play!

Like I said…MYEGO’s clearly a gifted artist on the decks and creative in the mix.  Together with the stunning vocals of Chelsea Ronquillo, they deconstruct what you know of Gotye’s massive hit and take it all in an extremely different direction that seriously allows this variation to stand out completely for its own reasons.  I’ll admit, when I first realized that’s what we had goin’ on here…my gut reaction was to question whether or not it’s really been long enough yet for us to have forgotten the impact of the original or the several versions including Walk Off The Earth’s viral spin that have come since.  And truthfully, I’m not sure I fully know the answer to that…I think that’ll be more of an individual thang.  What I can tell ya…is that by taking Gotye’s original on just a vocal level, through the perspective & sound of Ronquillo on the mic, and bringing that into what’s much closer to the Trip-Hop realm here in this version, essentially makes absolutely everything about this all new.  Like I’d even imagine there’s a few people out there that would easily be able to get from the beginning to the end of “Past Tense” and not even realize that what they’re hearing was once part of that massive worldwide hit – that’s how different this all comes out in the end – and in my opinion, that’s how things should be.  It’s not even a matter of they’ve ‘made it their own’ as reviewers & critics so often like to say – MYEGO has built an all-new structure & sound to support the floating & ethereal approach to the vocals from Ronquillo, creating what becomes a completely fresh & all-new entity of its own, inspired by another’s music & art.  Again, that’s what you want when going after an idea like this…something that furthers the original art and presents it in an another light entirely, which “Past Tense” certainly does.  It’s far from a ‘cover’ is what I’m getting at – it’s its whole own deal – and that’s the way art & music should be.

Plus you get a mesmerizing video to go along with it!  “Past Tense” plays onscreen like its own mini-movie really, the scenes you’ll see completely suit the vibe and powerful emotional thread that exists in the atmosphere & lyrics, dealing with the breakdown of a relationship from its beginning to end, really bringing those words to life through brilliant visuals that reveal the joy and the pain as one.  Thematically, it’s definitely 100% on-point and complements the music extremely well – which again, is what you’re looking for…you want something onscreen that’s gonna add to the music and enhance the experience without taking away from the music itself – and that’s exactly what MYEGO has got here with “Past Tense” – it’s really well put together & thought out.

Ain’t no one complaining here, that’s for sure.  I think MYEGO’s done a spectacular job on the mix, atmosphere, mood, attitude, & direction of sound on “Past Tense” – and there’s no doubt that Ronquillo hits the mark with her parts as confidently as she does on the regular – Google that name y’all, Chelsea Ronquillo – you’ll find she’s out there on a ton of material that features her crushing the mic with killer vocals in all kinds of ways.  I have a feeling that the warped & noticeably dissonant approach to the sound of the chorus people are so familiar with is likely gonna throw a few listeners out there for sure – but for those that appreciate a seriously artistic spin & creative twist on something they love that makes the experience all-new again, you’ll definitely dig what’s happenin’ in this collabo and the fact that “Past Tense” is able to take something old & present it in such a new light.  Highly intriguing vibe running through “Past Tense” that will certainly spark the interest of the people out there – and when they discover what else awaits them on MYEGO’s Voyage To The Center Of Me, they’ll be more than willing to stick around & listen to what this electro-wizard brings to the art of sound for many years to come.

Find out more about MYEGO from the official page at Instagram here:  https://www.instagram.com/myegomusic