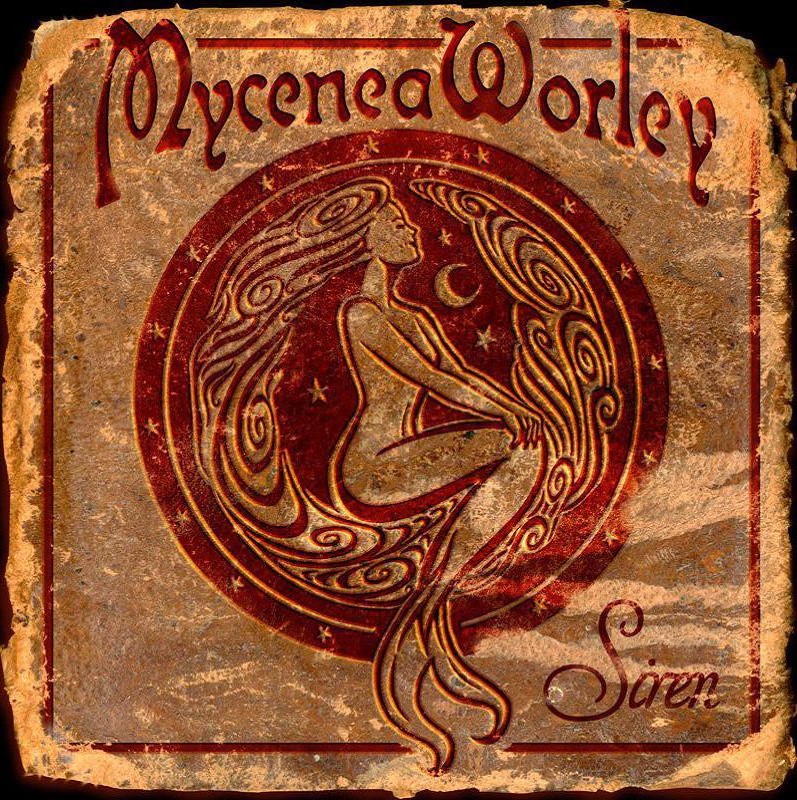 Nice! Instantly got that chill of something special coming our way this morning when starting up the immaculately-produced Siren EP by Mycenea Worley. Full of excellent acoustic/soul rhythms, grooves and melodies – from the moment that Siren’s title-track begins the experience you can hear the professional approach that’s been taken to the performances, recording and music and the natural-talent that makes Mycenea truly beautiful and highly memorable through the songs on her new EP.

“Siren” sounds fantastic right from the drop. Great bass thickens the sound perfectly…drums are right in there with perfect-time and crisp-beats…the acoustic is sparse but completely essential in the role it plays drifting in & out of this gorgeous first song. And as right as all that music IS…it’s Mycenea that remains the star of this track with her incredible rhythm in her sultry-vocals. Somewhere in the middle of Sass Jordan, Natalie Merchant, Melissa Etheridge and Florence Welch – she delivers with style, grace & precision on this opening tune; it’s a flawless beginning & a perfect invitation to the music following it on the Siren EP. She’s found captivating ways to sing these words that has charm, charisma and entertainment-value for days – “Siren” is the kind of stunning-opening to a record we all strive to write one day.

While the brightness slightly heads into a more melancholy-vibe on “Locks” through the music & lyrics…it’s also a real highlight in Mycenea’s ability to really connect through her words and her overall storytelling ability. She paints clear imagery through the words in “Locks” and on “9 Lives” with music that’s widespread and allows for a real focus to shine on the lyrics. Mycenea finds the right amount of emotion and energy to add to each of these tunes; in “Locks” she borders on a Country/Folk sound that works beautifully and then more of an Art/Indie style on “9 Lives.” Both work really well as she weaves her vocals with a slight tremor and perfect tone throughout…the guitars do wonders to accent her words, often taking the melodies one-step further and filling in with clever notes & tones right after a lyric-line to accent the flow. She makes excellent use of this on “9 Lives” and with the addition of…cello (I think!) filling in the atmosphere of this third-tune…it really finds itself becoming more fantastic with each second that ticks by. Great ideas and very well executed once again from Worley and her crew.

Personally I really liked “Low.” For some reason…the way that she opens this song made me instantly think of Blind Melon and the way that Shannon Hoon used to sing their songs…and I think there’s something beautiful in common that Mycenea shares with him in her approach to the microphone. A real honesty…a sincere clarity…and the ability to take it from sweet-melody to inspired-rock at any given moment…it’s something like that I figure they share. As far as the Siren EP is concerned, it’s the most ‘rock’ we’ve gotten from Mycenea so far…who from what I can see is most often listed as a Rock/Country artist…but I’d like to register a counter-argument for that labelling…I think there’s a lot more going on here and I think that right now labelling anything Rock/Country opens the door for a massive amount of misinterpretation. Because make no mistake…this isn’t the Rock/Country of the modern-moment…which is essentially Pop/R&B anyway. No…to me, Mycenea’s voice could potentially end up taking us to some amazing places like Sarah Bettens of K’s Choice. She’s got a Country-ish edge to a lot of what she sings as well…but just like what Mycenea’s doing here…there’s a real passion and sincerity to the melodies that really lend itself more towards the indie-rock/art-rock/folk-music spirit. You can call it whatever you like as long as you PLAY it…I’m sure Mycenea would be fine with that!

I think she’d actually be a great pairing with another favourite of ours from down-south, none other than Lizzy Lehman…you’ve seen her on our pages in many different ways. She’s almost Country too! But same thing…I wouldn’t quite put her there. I think it’s just the Southern-way of being respectful…like, if you’re going to be a musician…even if you were in a grunge-band I think you’d still put /country on your press-kit down there…

She actually just played a show last night! From what I can see, she’s got a bunch more already lined-up & ready to roll…take NOTICE dear-readers, dear-musicians, dear-friends…Mycenea is ready to take 2016 by STORM – are YOU? It’s inspiring to see that much activity so early on in the year…and I can definitely understand wanting to support this record live – songs like “This Is All (The Leaf Song)” are born ready for the stage. Excellent sliding guitars form the intense base for the melody and the rest of the music begins to jam along tightly around it…as complex as it is graceful…there’s all kinds of dynamics to work with in this single-song…I bet it would make for a real highlight in the live-show. Whether with a full-band or on her own solo…I think she’s written her tunes in exceptionally-smart ways that will really allow her to pull these songs off stunningly in any capacity from the stage; her melodies connect and resonate within you. I like the down-to-earth feel that she brings to her words on “This Is All (The Leaf Song)” and how confidently & proud she sings these lyrics…she believes in what she’s singing and you can audibly hear that connection, which makes it that much more real for us when we listen to her.

Stripping it back to the heart of it all…she ends the record with just her voice and guitar…and she does it with the most beautiful, gracious melody on the Siren EP, “You Don’t Know Me.” She sings wonderfully in her fragile-tones…sounding like she could rise in confidence or shatter & break at any moment as this soft, melancholy-melody plays on. It’s a real silent-moment here in the studio when this one comes on…in all the best of ways; “You Don’t Know Me” is that exact magic-moment in music that truly makes you stop everything else you’re doing just to listen to it play. Okay…yes…I’m writing this while I’m listening to it right now, I know I know…but in my defense it’s like the twentieth time I’ve heard it…I spent those first nineteen just sitting here listening amazed, I assure you. It’s simple…it’s sweet…and it’s not so much a proclamation of misunderstanding as it might be misperception…”You Don’t Know Me,” at least from my perspective…is all about Mycenea subtly announcing that she’s here…she’s ready…and what you might have known before is no longer applicable – THIS…is her time…and she’s proving to the world that her talent has a real voice on the Siren EP.