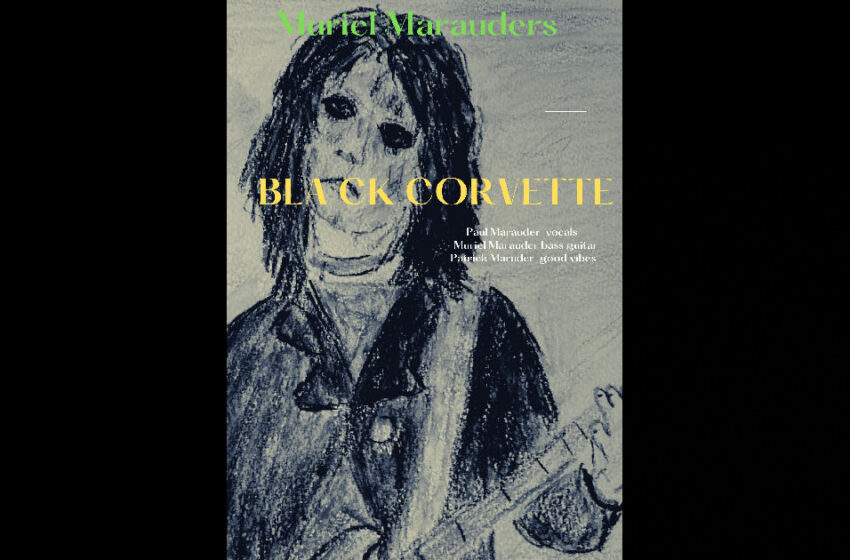 Now just because a song & video are on the shorter side of things, doesn’t mean there ain’t something well worth tuning in for y’all – in the particularly peculiar case of this song “Black Corvette” by Muriel’s Marauders for example, this Punk-Country-Blues track has managed to squeeze one of the best lines you’ll hear in any song this year into this tiny tune.  No joke!  Muriel’s Marauders earns their Punk stripes by creating one of the most savage call-outs in any song, ever; it’s a bone-cutting lyric that’s so direct & specific that I literally laughed out loud and thanked my lucky stars that I ain’t workin’ in radio.

Check this out for yourself – this comes right after the chorus hooks of “Black Corvette” and it’s the entire second verse:  “I turned on the radio, it was KIX County station, playing money for nothing & chicks for free.  If I hear that song one more time, I swear to GAWD, I’m going to kill someone.”  You gotta understand folks…not only is this line completely BRILLIANT and something I instantly AGREED with – but we’re talking about a song, that’s ninety-four seconds long, with two verses, and ONE of those verses is totally dedicated to burning both Dire Straits AND KIX County station straight down into the ground?  AMAZING y’all.  You gotta figure that they were both asking for it, and had it coming – they probably weren’t expecting Muriel’s Marauders to come flying off the top ropes with the people’s elbow in a song lyric, but here we are, and that’s what’s up – Dire Straits and KIX County station got BODIED – you may as well put’em both on a milk carton under a ‘MISSING’ header now…and they should RETIRE.

They get the Country in through the acoustic strum & the harmonica, they get the Punk in through the genuine outlaw attitude on display, and they work the Blues in by communicating the utter despair that comes along with having to listen to Dire Straits even one more time in any of our lives…I mean…c’mon now y’all – you know what I’m gonna say right?  Hell YES I’m all about this bizarrely odd GEM that this band has created in “Black Corvette” – right up to & including the gritty video they’ve got supporting it. 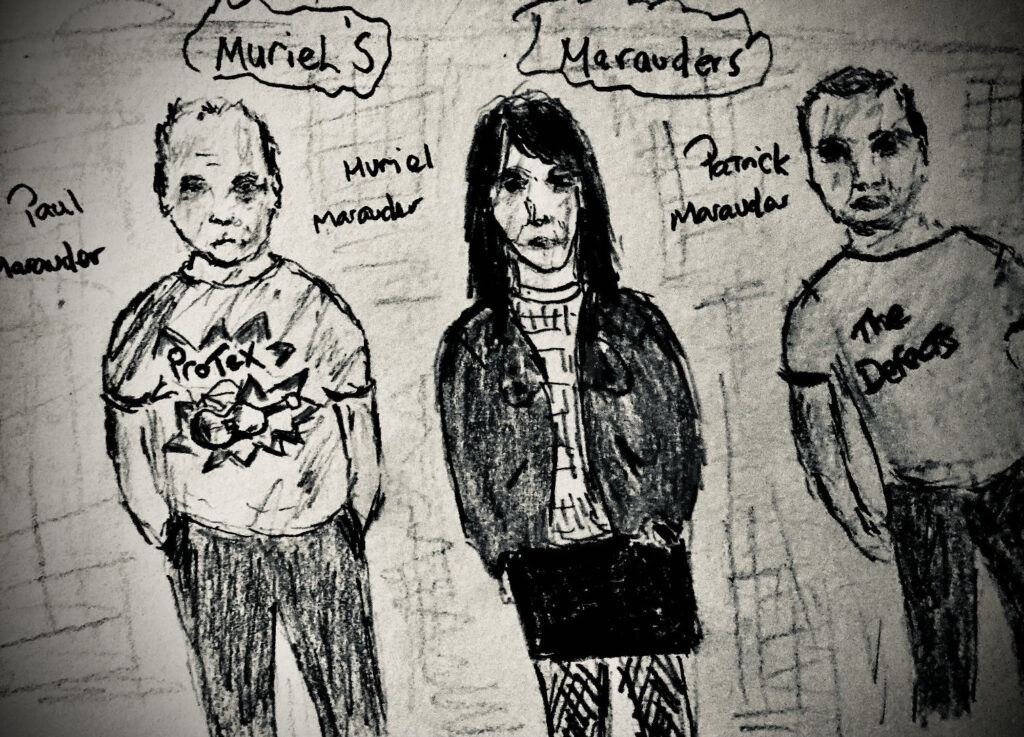