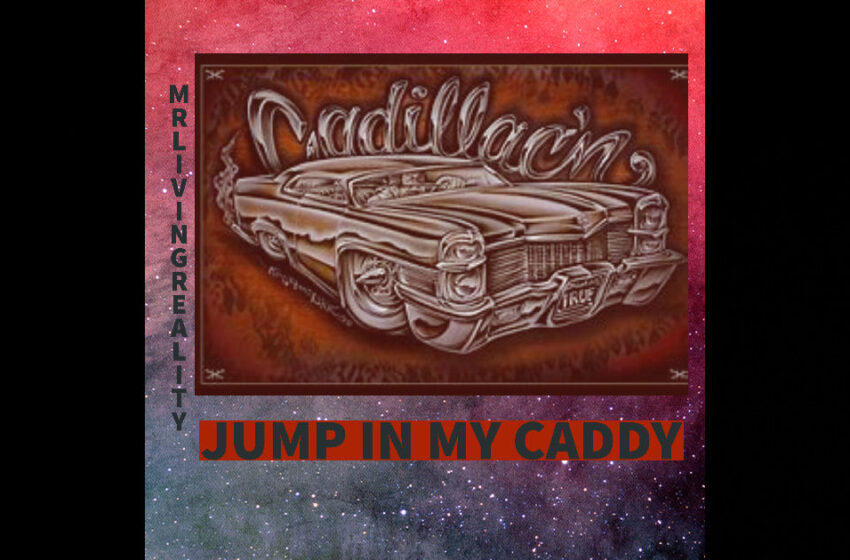 “Hit it from the back while ya face the east!”  #PreachTheGoodWordYo!

MrLivingReality is “a different breed,” and proudly so…he’s an artist unafraid to tell it like it really is, get explicit AF, and fill you in on the details of what’s happenin’ in the life he’s been livin’ outside the studio.  Makin’ moves on the m-i-c along with the dynamic vibes of his new single “Jump In My Caddy” and the brand-new animated video he’s got supporting it, the man puts personality into every syllable pound for pound, and gives you plenty to dig visually onscreen with a virtual ton of cartoon booty shakin’ it up for ya.  Crusin’ through the city streets in a tricked-out purple caddy, rollin’ up on the ladies and pickin’em up on the way to a backyard party filled with stacks of cash, beautiful bodies, and badass cars lined up all over the place – MrLivingReality cleverly mimics an animated version of what making a music video would be like for real, in cartoon form.  Not only does it work, it’s every bit as entertaining as it sounds, giving MrLivingReality all the right advantages he needs to get this single out there far & wide across the internet.  Trust me when I tell ya, something’s workin’ and it ain’t just me tellin’ ya that this dude’s got a solid & single-worthy cut on his hands here – the video posted up at YouTube is already rackin’ up hits at a seriously rapid pace, trackin’ at a rate of more than a thousand hits per day since its release on Jan. 11th!  Check out “Jump In My Caddy” for yourself below!

No doubt that the people out there have been turning up to have a listen & see what’s up with this new single from MrLivingReality – the evidence is right there in the numbers y’all.  You can hear and see why he’s earned a spot on playlists all over the globe…the man’s clearly into the craft from every angle, has that X-factor level of swagger & style…MrLivingReality was born & destined to set the trends, not follow the rest, you feel me?  His first official single of 2022 – if “Jump In My Caddy” is any indication, it looks & sounds like MrLivingReality is setting himself up to surge straight into this year with memorable hooks & wildly addictive, charismatic cuts fully designed to be turned UP as loud as your own caddy can handle.