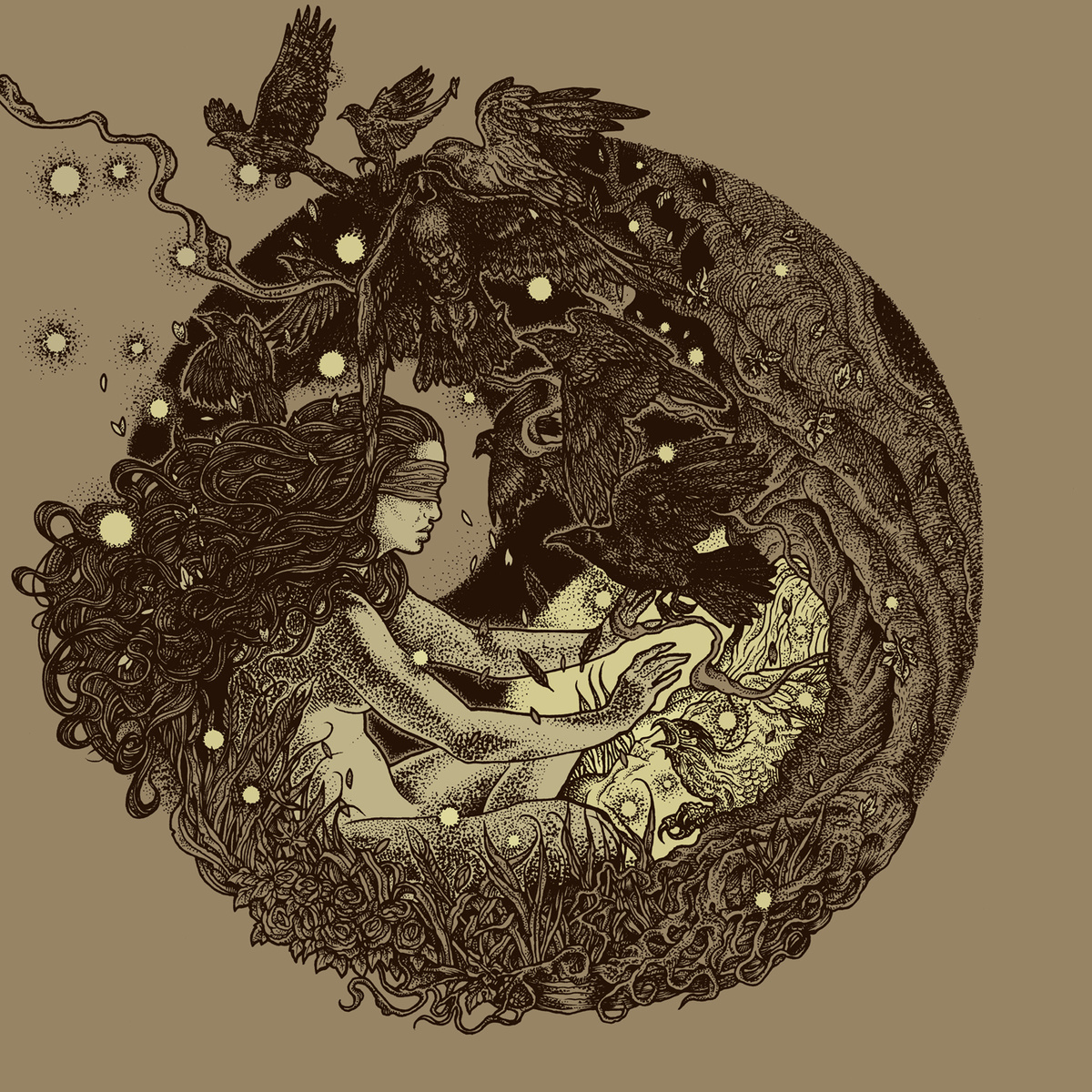 Gonna have to restrain myself from an endless array of Travis Meeks stories. At the outset of Asylum Acres, the new EP from Mountain Mirrors, you’d have to be crazy not to hear a comparison between this talented group and the mid 90’s band Days Of The New on the opening song “Your Angels.” As the EP plays on…I be hard pressed to feel that comparison isn’t accurate all the way through more or less; but here’s the thing that you might not realize – people STILL talk about the first Days Of The New album like it was released yesterday and there are a LOT of people that wished that sound didn’t (*cough *cough…Travis…) implode when it did.

But now that we have Mountain Mirrors we can finally forget that band that put out one album of gold and two albums of recycled-parody and new players. That’s RIGHT Travis Meeks…I ain’t holding back any longer – fuck your band for hinting at brilliance! I’m arranging a bet right at this very moment in Vegas over the phone while I type this…hang on just a second…

“Yep…that’s right…I said ALL MY MONEY on Mountain Mirrors sticking it out for at least twice the amount of albums Days Of The New ever put out. Yes sir, all $12.87 that’s correct. Thank you…”

C’mon, don’t make fun; we’re all musicians here and we’re all broke aren’t we? I still had the balls to put ALL my money down on Mountain Mirrors because although I can hear comparisons yes – I can also hear what I think is an incredible unity in this band through vision, execution and the direction they want to take their music. Really – I think you can hear it and the opening track “Your Angels” should really be enough to convince you moments into pushing play. You can hear the intensity of this entire band bringing it together in the best of ways in this dirty-little-ditty. It sounds menacing, dark, acoustic, melodic, inventive and innovative as the vocals bend evilly around the excellent guitar work and immaculate strings.

Harmonies that echo some of what you’d hear in the music of Alice In Chains or perhaps through Cold – Mountain Mirrors deliver this sound with perfection on “Dead River Co.” I’m very impressed with the dark-melodies they’ve come up with in these openers; they have the real hooks of quality pop buried six-feet-deep beneath their mysterious and haunting tones. Led by Jeff Sanders and boasting a ton of players that contribute to this creative sound…I can only hope that Sanders can keep a more level head than Meeks ever did and keep these players with him; they album is played without fear of repercussion, completely reaches for, and attains a high level of real innovation as it weaves through tender darkness searching for cracks of light & beauty along the way.

I want it known that Kurt Baumer rocks my world. This fiddle-playing minstrel of mayhem is absolutely making some of the most incredible sounds and experiences come through brightly, notably early on in the album on Full Of Flies. Mountain Mirrors have stayed completely interesting along the way and really given my ears some quality tunes to listen to. As it carries onto the title-track “Asylum Acres” it’s an opening that almost throws me back to the very first time I heard the opening song on Belly’s album Star back in the grunge heyday. Of course Sanders is no Donelly…but hearing this song and some of the chosen production actually makes me curious as to whether or not he might actually be a fan. Throwing Muses would be another one that I’d be willing to bet has spent time in his catalog. It’s an alt-sound that works completely well…hypnotic in the harmonies.

And what’s THIS? Sanders you gonna just go and switch your game up for the vocals on “Spell” without a warning? I LOVE what he’s doing here…and especially being in music-journalism…people are going to be ALL OVER an Anthony Kiedis comparison here when they SHOULD be comparing this to something from Mike Patton or Faith No More. Let them! Fools! This is a highly Patton-influenced sound here…and in my opinion one that Sanders might want to explore even further. His performance is spectacular on this song and MAN what a guitar solo! Absolutely lighting the axe up around the two-minute mark, the blend of acoustic coming back in…this is a golden track.

I mean…this dude can seriously play some guitar. “Purgatory Chasm” is all of 1:18 long and just absolute guitar-brilliance. Great tones, great playing, great sound and I could absolutely listen to him play an instrumental set just as easily as I could with full vocals. There is a LOT of skill here in performance, production and overall execution.

Asylum Acres continues for two more tracks that are remixed and presented in a new light at the end of the album. “Full Of Flies (Alternate Sandman Mix)” gets a great remix here…almost more enticing…stronger sounding somehow… I don’t know if they specifically got another performance from Sanders on this one, or if perhaps the mix made the vocals pop just 10% more or what…but I’d have to say, overall I think this was a strong representation once again of what is just flat out a great fucking song.

The same I think can be said of “Dead River Co. (Zentatonic Vibe Version)” for the most part…it also comes off brighter, stronger and more confident through the mix. Jeff is absolutely writing songs that vocally…are right there at the tip of his grasp; he grabs onto them fully each and every time yes – but that doesn’t mean you won’t hear him reaching for them at times. These are without a doubt some of the toughest songs you can try to sing with perfect tone and he’s doing an incredible job of writing parts that are right at the very edge of his means.

I honestly can’t even begin to imagine just how much potential there is out there for Sanders and his crew of musical cohorts. Since this sound was abandoned so long ago in 1997 (that’s right…notice I didn’t say 2001…some of you will get it!) all people that I know have simply wanted more of it to come along and take the entire kingdom by sonic-force.

And I think we can now safely hand over the crown to Mountain Mirrors; this is that incredible dark-acoustic meets melodic-harmonic combination that the people have truly been waiting for – this is the sound reborn. The additional instrumental elements added into the songs have given Jeff and Mountain Mirrors a real edge and versatility to their sound; and based-acoustically, they seem to be limitless when it comes to WHERE they might go with it in the future.

Just don’t forget Mountain Mirrors…you need at least four albums career-wise to make sure I cash in on that Vegas bet.

It’s more important than ever now cause I just spent like, half the money totally assuming you’ll win in the end. With all the skill, song-writing talent and exceptional delivery in Mountain Mirrors, I know it’s a sure bet that these guys will be around for a very, very long time.