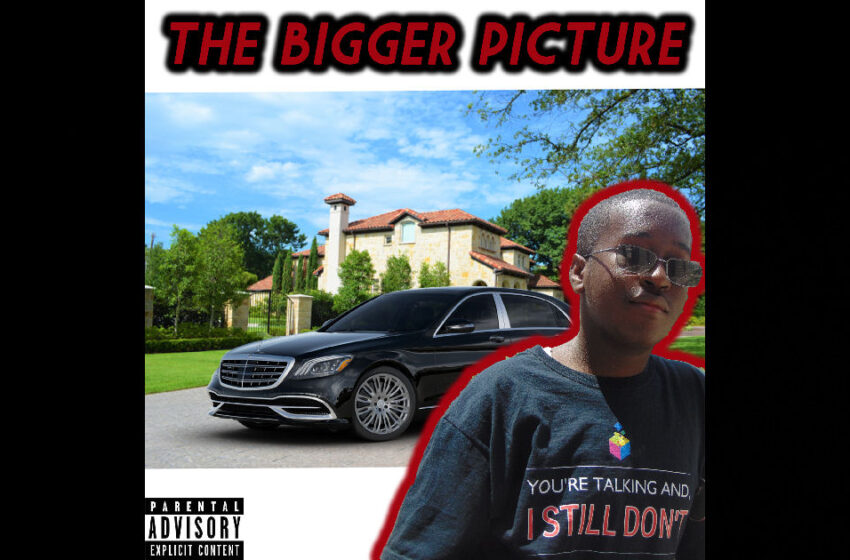 I’ll put it to ya this way…like all singles should, “Power Of The Tongue” led me to check out the rest of what MoneyatMidnight has been up to out there on the internet – and I’m stoked on what I found out.  To start with, I dig the hustle.  From what I can find online, the man’s been droppin’ rhymes since about 2016 or so…and as far as I can tell, he’s never missed a year since – systematically, you can count on this man like clockwork yo, he’s been putting out multiple records and new singles every year.  You know we’ve got love for dedication to the craft here at our pages, and everything I’ve seen & experienced from MoneyatMidnight…from his latest videos, to the impressive span of his catalog so far on this early into his career, all has me more than willing to climb aboard the man’s bandwagon and catch myself a ride while I can still find a lil’ room to claim a seat.  Fantastically smooth & natural vibes designed for good times come flowing through your speakers & screens with his single “Power Of The Tongue” – you can hear MoneyatMidnight has a sound, style, and swagger of his own – and in the end, that’s gonna be what’ll lead him straight to the success he’s seeking out.  He’s making real clever choices that are gonna make a memorable impact with the people out there…you’ll see it onscreen & hear it in his music too.

Lemme give you a glimpse of The Bigger Picture though – which is the name of the EP you’ll find this single “Power Of The Tongue” comes from, released back in 2019.  He’s got six solid cuts on that record that all point to the fact this guy’s got serious game on the m-i-c; at his most focused on tracks like on the bars of “Almost 3” and the massive hooks on “Front,” you’ll hear MoneyatMidnight flex professional finesse and heated verses that reveal as much precision as perspective – the man’s got plenty to say & all the skills required to say it right.  You’ll find it all goes long beyond his microphone magic though – listen to the cleverness of the production on his tunes and the innovative way he’ll add twists & transitions from behind the studio boards as well – or watch the brand-new video for “Power Of The Tongue” that just dropped online this year and recognize he’s puttin’ in the WORK on several levels y’all, including visually yo!

If you’re bringin’ it this consistently & constantly, visually & audibly – great things are bound to happen.  Clearly the kind of artist that understands the journey is every bit as important as the end results, you’ll know MoneyatMidnight is genuinely sincere about his craft from all the effort he’s been puttin’ in on every level, but also for the fact that he’s still having serious fun along the way as well, taking his time to enjoy this moment for all it’s worth as he breaks ground in the Hip-Hop/Rap game scene around the world.  So not only is he makin’ the kind of moves that’ll get noticed – but he’s clearly having a damn good time in the process, which you’ll hear easily in looser vibes like “Power Of The Tongue” and cuts like “Ayyy” from The Bigger Picture as well.  Thankfully, he’s been willing to share all that with us listening & watching, and MoneyatMidnight has continued to break new ground along the way as he’s evolved as an artist.  I love the use of effects, colorization, layers of imagery, and the sheer creativity you’ll find in the video for “Power Of The Tongue” – and I guarantee you’ll find the entertainment you’re looking for here, and in the man’s catalog of cuts & videos online as well from his growing legacy.  He’s got this whole single lookin’ seriously tight onscreen, and combined with the high degree of personality, character, and laidback charisma he puts into a microphone – he’s set himself up well here to make an impression on ya with this slice from The Bigger Picture.  Circling back to that cleverness – check out how MoneyatMidnight ain’t afraid to bust up his cut for a moment to let a bit of LIFE shine right into the mix with authentic ambient sound just prior to the first minute, breaking on through with a lighthearted & memorable highlight on the trip through “Power Of The Tongue” – loved that!  Like I’ve been tellin’ ya from the get-go here, he’s got solid ideas and material that stands out; you’ll check right into the rest of what MoneyatMidnight is up to after listening to this single, and start stacking this dude’s songs up on your playlists – he’s built on enticing vibes & stylistic sound.