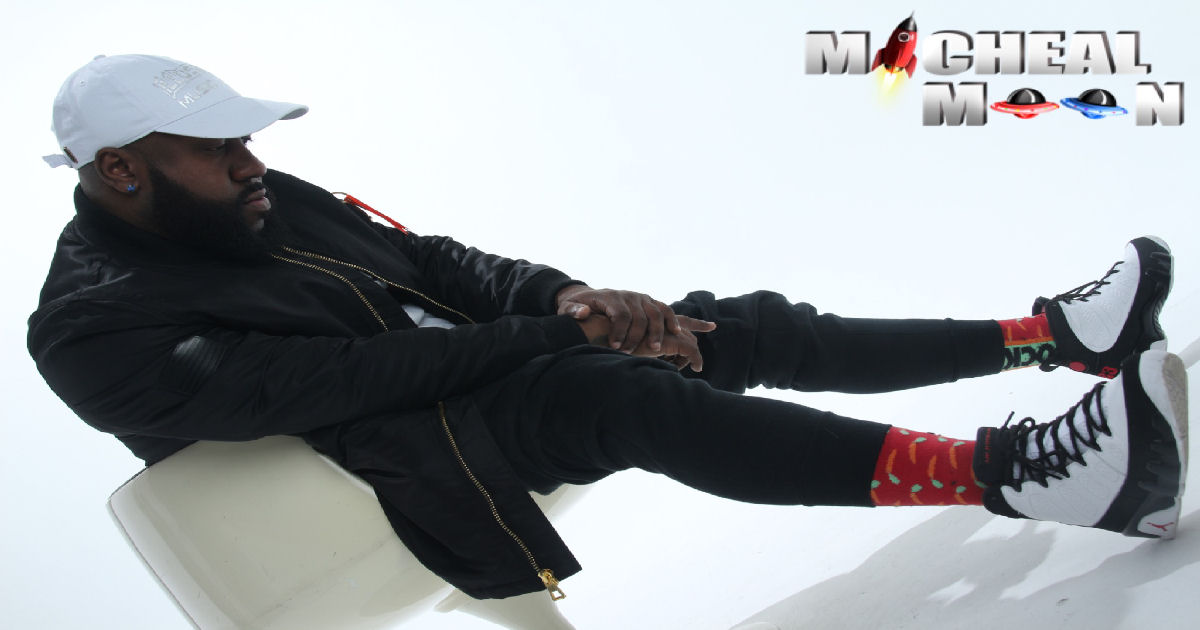 I can definitely get behind this.  Michael Moon on the mic y’all.

This emcee has got some SERIOUS BARS – and I gotta say, watching & listening to this guy rap is something to witness.  Been checking out one of his latest videos for the single “The Planeteers 2” from his record From The Moon And Back and I’m completely impressed with the lyrical-flow from Michael – not only does he have a master’s grip on precision & timing, but his social commentary runs DEEP homies.  For those of you out there like myself who dig on rhymes that offer a bit more to the mind, Moon’s got that good-good craft of the wordsmith working entirely in his favor to express his thoughts.

If you’ve got a decent beard on your chin like Michael and I do, chances are you might remember the animated cartoon Captain Planet from back in the day.  Believe it or not, that’s the inspiration behind the title…and to some degree, the inspiration behind the song as well.  Not so much about putting rings together and using the elements of earth, wind, fire, and water to defeat bad dudes trying to wreck the environment…”The Planeteers 2” is more likely about using the elements of knowledge and the spirit of music to speak up at the right time to spark some change and social justice out there – you feel me?

Because that’s where a capable emcee like this really comes in to make the magic happen.

What Michael’s got working for him is that intangible ‘it’ factor that draws you in to his personality – and you’ll get solid doses of what this guy’s all about both onscreen in the video & in the song itself…but you’ll know what I’m talking about…there’s something about this man that makes you want to listen up.  I like to think that’s because Moon’s genuinely got something to SAY to the world – and he ain’t afraid to say it, whatever it may be, to whomever may hear it.  The resounding confidence and intense rhythm he has on the mic makes those words come alive and penetrate the ol’ dome – you feel SMARTER for listening to a track like “The Planeteers 2.”  And if you’re really listening to the words of this emcee, you get inspired to get out there on the front-lines of social-change & ready to battle for what’s right in this world.  Because much like the physical environment we’ve tried to make toxic over time – there are many forces at work trying to poison our well-being through entertainment industry, politics, the online community – all of these parts of your society that have the potential to be beautiful can be just as polluted if WE don’t make sure that they’re not.  Fact is – most people don’t do enough to protect it all and keep our planet as special as it should be – and again, that’s where an emcee like Micheal Moon reaches far beyond entertainment into creating something that’s truly important.  The world NEEDS people to speak up right now – props to this man for filling that void & being a champion of what’s right.

Moon fits right in with that real Hip-Hop vibe.  Being unafraid to express one’s own perspective & opinion through verbal imagery & knowledge bombs is part of what essentially made artists like Black Thought, Talib Kweli, Common, Mos Def, and Gift Of Gab emcees you never wanna take your ears off of – and I’d put Moon right in there with some of the best of the best that can take you on that intellectual trip.  What I like about this emcee is that he’s not trying to be above anyone or pitch rhymes over your head – he’s just spittin’ authentic thoughts straight out of his dome, real like that, and relatable as a result.  It seems effortless because clearly Michael knows his way around a mic, but make no mistake – the work has been put in here to make sure this entire cuts pops for its beat & vibe just as much as it stands out for its lyrical intensity – “The Planeteers 2” is 100% tight.

As far as my ears can tell, this is where it’s at.  Michael Moon has created killer social commentary that cuts right to the chase and puts his perspective out there at full force with no fear – I got love for that.  And then like, as IF you needed another reason to dig this cut, the video matches the vibe perfectly!  The editing on “The Planeteers 2” is seriously sharp and visually stunning to watch – the way the scenes change with the flow of the words, sometimes even just for mere seconds maybe even milliseconds at a time…I mean…you gotta respect the process, cause what’s happening over there at the Illustr3us Music Group representing Michael is certifiably GOLD on every level.  No joke – this emcee and the crew behind the video have left no stone unturned and kept everything just as entertaining as it is grippingly raw, real, & informative.  Like I said…the world NEEDS guys like Michael Moon right now…I for one am glad he’s out there; if the people even just catch a couple of these lines or walk away with one or two things that they learn about what’s truly happening in the world right now, they’re bound to learn another two or three the next time they listen…so on and so on.  But that’s how it’s done homies.  We need teachers and artists of all kinds to lead the way to that better tomorrow – and that’s the kind of caliber and level we’re talking about when it comes to this emcee & his rhymes – Michael Moon could be that leader.

Find out more about Michael Moon at the official pages below!

Find Michael Moon’s new record From The Moon And Back right here:  http://smarturl.it/FTMAB