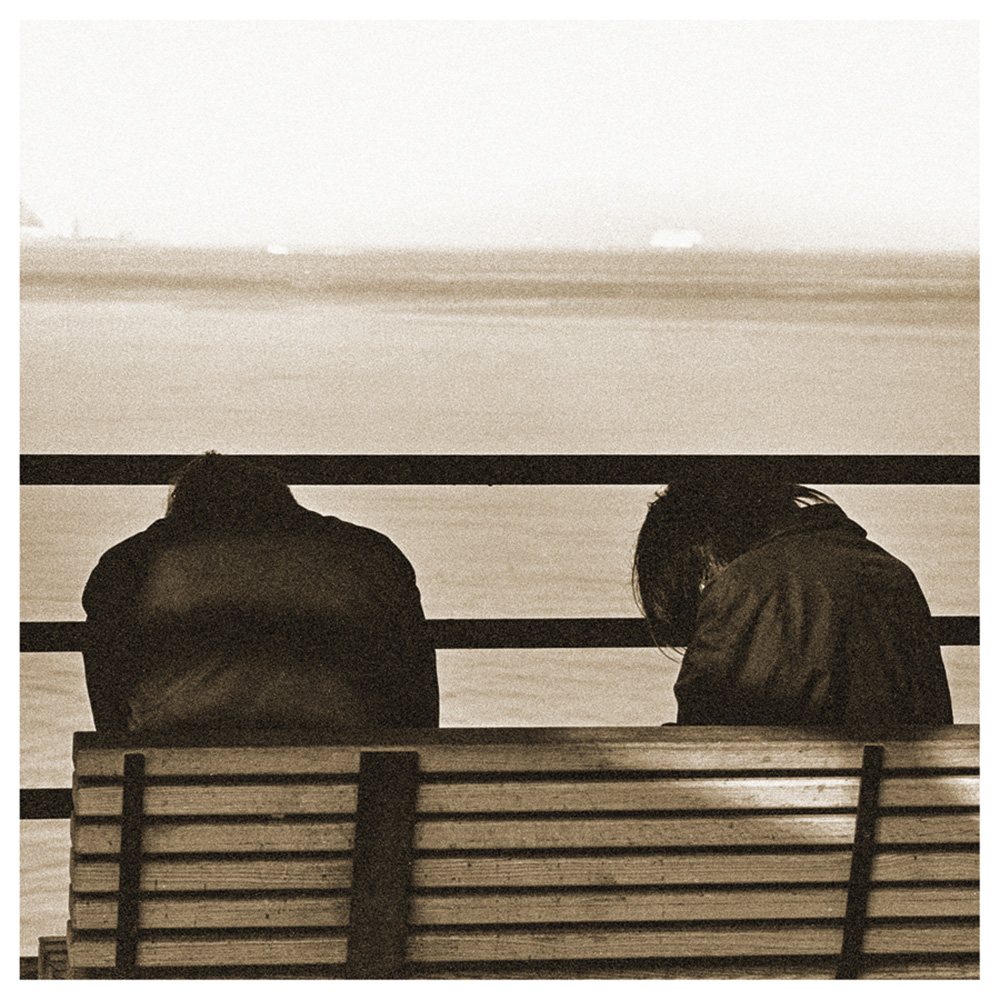 This fills every hole whether you want it to or not. Be READY – this second album from Sub-Pop Records grunge/rock/psychedelic noise-band METZ will make you shit your shorts, just in time for summer! Sometimes I think the last thing the world sees from its perspective on us Canadians is just how much we can truly rock the fuck right out – this is the kind of album that could literally change the world’s perspective of us were it to catch on.

And it COULD. I think Sub-Pop is onto something huge once again here with the raw sounds of the Toronto, Canada-based three-piece METZ and their frantic & intense, explosive second album. Truthfully, as a fan…I think there is zero evidence of any kind of slippage here…only evolution and slight at that – METZ started out fucking unreal, and they continue to be on this next time out on II.

Easily as punishing in sound as our other Canadian hard-hitting heroes Death From Above 1979…METZ has a thrown in funk & groove that rides subtly in the back of the intense freakouts on guitar and the insane vocals. Screamers like Alex Edkins are absolutely mind-blowing – they make songs like the opening cut “Acetate” palatable for people outside the genre with the melodic aftertaste they leave. This opening cut just floors me – the guitars are completely wild & wicked and psyched-out to a complete grunge-glory.

I know it gets said a lot…but this band truly doesn’t let up. The fuzzed-out beginning of “The Swimmer” is an audiophile’s wet-dream as it leads into an incredible all-out assault of punk-rock infused alternative. I’ve referenced a band I love from the grunge-era – Dandelion – many, many times – and METZ seem to have a similar ideas with a razor sharp edge to them that really expands that whole combination of psychedelic & grunge sounds. With the swagger and charm of the best of Mudhoney, guitars again standout – but truly, what doesn’t standout? This is blazing rock of pure perfection and as straight to your face as music can possibly get. With massive hooks and a dirty grunge charm you can’t ignore, METZ launches into the Kyuss-ish “Spit You Out” with Alex Edkins once again leading the charge with a performance so charged full of spirit the dude was probably standing right next to himself by the end of it. This tune pounds with authority and dank grooves that make you want to dance and smash your barstool all at the same time.

A brief interlude with “Zzyzx” and back into the rock with the supercharged “I.O.U.” killing it from every angle of your speakers; METZ are raw-sound uncontained and pure sonic-chaos that pulls you in like the scene of an accident. If you like confidence, energy and massive presence in your music and you’re not listening to METZ by now…you really should be. Tracks like “Landfill” are perfect for people like me that loved the explosiveness and masterful grip on noise-rock from bands like The Jesus Lizard but were looking for just a tiny hint of melody. METZ has that; you’ll get yourself kicked in the face by the music to get to it…but it IS there.

For all of a half-hour in length you will feel like you’ve run a musical marathon by the time II draws to a close. Like a good meal…you push away from the table for a second and really just take a moment to digest the awesomeness that just got shoved down your throat. You’ll be picking tracks like “Wait In Line” out of your teeth for weeks, and the sharp, cutting-melodies buried deep in songs like “Eyes Peeled” will make their way to the surface of your brain long after the album stops playing. “Eyes Peeled” is such a dirty, grunged-out pop melody you can’t help but shut your own eyes to simply imagine the intense mosh-pit breaking out of these guys when they’re taking the stage with a song as catchy as this. With an “Aneurysm”-inspired song-structure that includes the classic breakdown and come back – it’s a complete winner in the sense that it works in the same captivating ways that Nirvana’s huge hit did without being a shameless rip off. You can certainly hear the influence, but to bag on “Eyes Peeled” for being similar in that sense would be like pointing out that every pop song can be traced back to The Beatles.

One final romp through the grunge-cosmos from one side to the other, METZ finish off their second album strongly with another bizarre intro leading into the final song “Kicking A Can Of Worms.” I don’t personally have the backstory on what exactly this ‘can of worms’ did to warrant the kicking…but I can definitely tell you each and every one of those squirmy things felt the wrath and brutality. Massive drums & bass storm this beat forward like it’s Godzilla taking over Tokyo – if you like thrash, grunge, noise-rock and inspired alternative that really fucking rocks you until your heart actually beats quicker…you won’t have to look any further than II from METZ this year.

Find out more from the METZ official page at: http://www.metzztem.com/