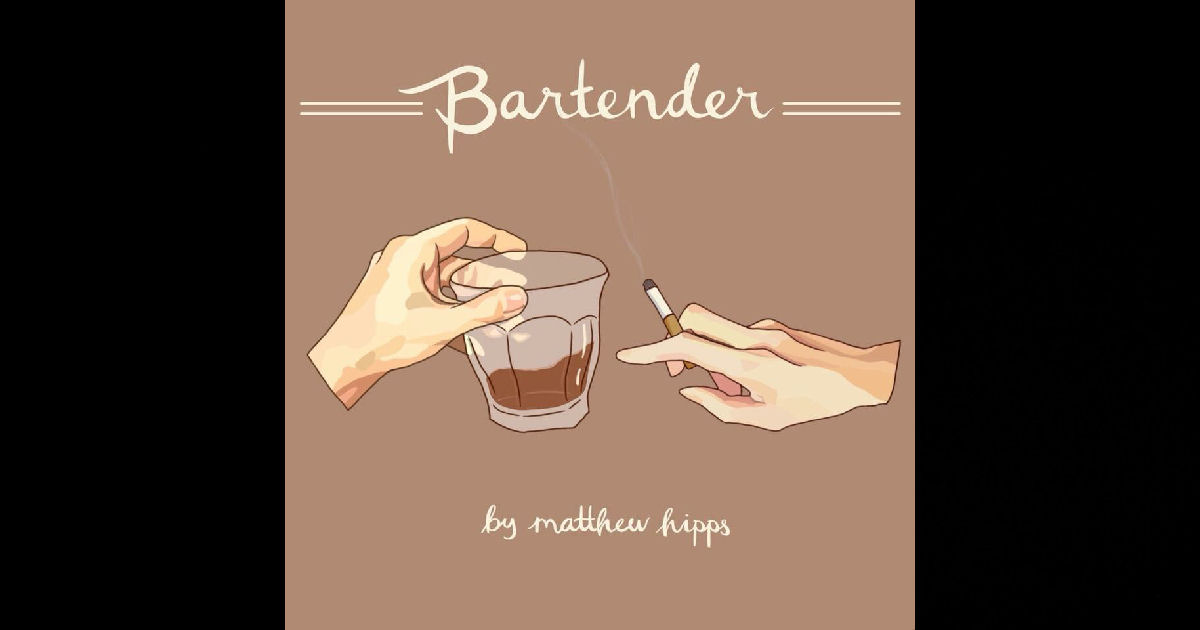 You know, when I first started this cut out and listened for the first time, I felt like I was meeting the blissful marriage between Indie sounds like you’d find from Grandaddy or Pavement at their most innocent, humble, and sincere, coming through what seemed like an Iron & Wine-like approach to how to get this song recorded.  That’s as it started.  Don’t get me wrong, that alone would have been likely more than enough to keep me interested and onboard with this tune – but what a pleasant surprise to hear just how far this song travels from point-A to point-B & how expanded this idea & melody become.

From the notes I’ve got here, this ain’t Matthew’s first rodeo, which somewhat explains the seasoned-veteran’s approach to songwriting he’s got going on, yet when you realize he’s only 21 years-old, you hear just how much more potential would theoretically exist in his future as well.  He’s written this song from the perspective of two of his pals, Corey Ford and Tray Smelley, who spent time overseas serving in the military – but he’s also done it from an extremely universal angle that many people out there will hear in multiple interpretations of their own, which is always a great thing and an advantage when it comes to creating a wider audience.  The welcoming vibe feels as comforting as last call at the bar with the tender willing to serve ya one more before closing up as “Bartender” begins – and rather than sit there & drink alone, by the time this song plays from beginning to end, it feels like we’re all involved and right there beside Matthew while he sings.  He’s charming on the mic really…I like that it felt like he captured this intimate setting he’s described in the imagery of his words and brought us into this tale he’s woven perfectly through the inviting way he sings this song so sweetly.  Lyrically, he’s got a ton a great lines here, but none more powerful than his most tributary glasses-raised up and full-salute moment of “make sure this shot goes out to those back home” – that’s completely brilliant even on paper, but it’s absolutely the heartfelt sincerity in which Matthew sings this line that connects it to our hearts, minds, and emotions so successfully.  The entire flow is remarkably smooth and goes down easy – and just like the finest of liquors served up by your favorite “Bartender” – it’s got a strong finish.

Because can we…just for a moment…talk about structure and musicianship PLEASE!  This is aces, all-around, and built to expand and deliver beautifully & boldly as it plays while remaining sparklingly gentle and retaining that friendly, welcoming, all-inclusive atmosphere.  Matthew plays this entire tune incredibly smart like a magician revealing his tricks carefully & precisely; you get sweetly toned guitars and what sounds like likely a drumbeat supplied by the whispering hit of brushes rather than sticks to start you out.  The bass is always there as well…but remarkably subtle & effective.  Towards the ninety-second mark, springing out of the first chorus and into the second-verse, he’ll reveal an incredible piano melody to add into the mix – and it’s like the sweetest breath of fresh air into the vibe you could potentially imagine – fantastic moment!  You can also hear how, as the strength of the music continues to swell with horns being added into the song around the two-minute mark, that Matthew himself is emboldened by the rise of the energy in the uplifting atmosphere of “Bartender,” and continually summons a bit more power to the microphone as he sings along.  Give the man some real credit – the structure of this cut is 100% flawless and develops into a truly enveloping & beautiful moment in time that feels more comforting the longer it plays on.  He’ll even take a real moment to let that instrumentation shine through the final minute of this cut, surrendering the mic to make his mark with the music in a smooth ride to the end.  Even that bass, which was once such a subtle-but-essential part of this song gets a genuine quality moment of its own in the spotlight that’s more than deserved and certainly stands-out for all the right reasons.  Really impressed with the writing and execution of this song…I think Matthew and his surrounding talent from his fellow musicians of SFA and production from Logan Stark have served this “Bartender” extremely well.  It all plods along at such a truly pleasant and inviting pace, & ultimately creates an entire vibe you’ll certainly want a second round of at the very least.  Keep’em comin’ “Bartender” as far as my ears are concerned – Matthew’s got a great tune here.

Find out more about Matthew Hipps at his official Twitter page at:  https://twitter.com/broboymatt