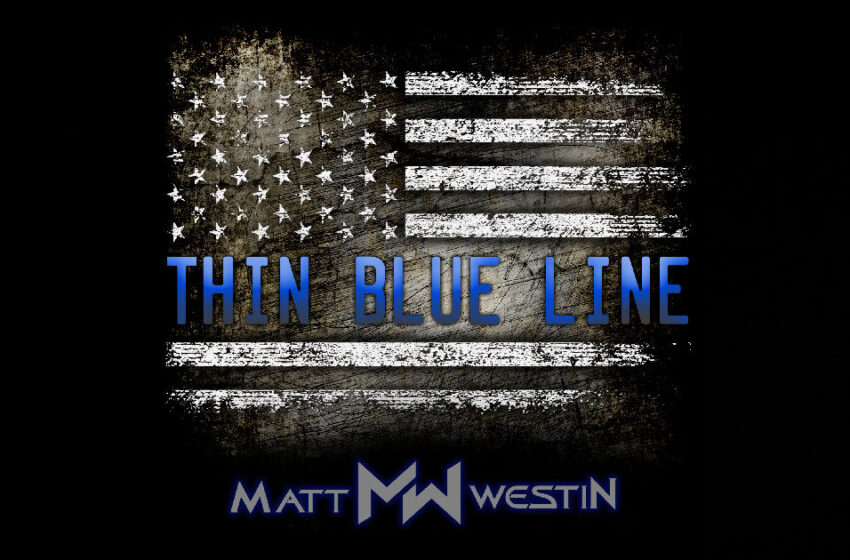 A two-time recipient of the award for Male Country Artist Of The Year from the International Music And Entertainment Association you say?  As to just how these fantastic talents out there end up in our little corner of the internet over here is very much beyond me, but I’m always stoked to cross paths with the future stars of tomorrow.  Pittsburgh’s Matt Westin has got a single here that’s guaranteed to find an audience out there…whether that’s for the lively Country/Rock sound it has, or for the message at its core – I’d be the last person to tell ya that there isn’t legions of people out there that will appreciate what they hear here, even in the midst of what’s been a growing divide between politics and how to go about effectively policing.  Heck…governing, presiding, community college librarian-ing…you name it and people have had no problem sharing their opinion on just about everything and anything, provoked or not right now…and I suppose one of my favorite things about Matt’s song here, was that it’s much more of an objective tale in that regard.  Essentially it’s an approach like this, that doesn’t aim to offend and offers up points that everyone can universally agree on, like the purpose of what drives folks to become part of the police force, and the very definitions of what real honor is about…these types of concepts that dig down to the roots of what makes genuine heroes, what sacrifice is, and what loyalty is all about – I think we can all agree that Matt’s got himself a track that isn’t on the attack; he’s here to tell the story we don’t hear about nearly enough.  The reality of present-day media and the way we consume it, exposes us much more so to the minority of bad actors behind the badge, than it ever will to the millions of cops & peace officers out there around the world that are truly trying to make the whole place safer.

Hence we’ve got songs like “Thin Blue Line” here to help remind you of that very fact & speak on their behalf, in addition to paying respect through indisputable truths.  I’m not here to advocate for or against the police force when it comes right down to it – I’m obviously very much anti-crap-cop, and I’m completely pro-hero – and I’m just as well aware as you are, both can, and do, exist.  This song isn’t about that – and nor does it need to be.  Matt’s created a song that looks at what the fundamentals are…it’s for the kind of people that have the heart & courage it takes to go out there & put their lives on the “Thin Blue Line” to do the right thing in the face of danger – the real heroes.  That’s the beauty of it all in my opinion – I don’t need to tell them which kind of cop they turned out to be – you listen to “Thin Blue Line” as a member of the force, and believe me when I tell ya, they’ll remember, consider, and think about which side of that line they ended up on.  What I’m sayin’ is…for you folks out there that maybe don’t have the greatest opinion of the police…rest assured that the ones that might deserve a savage kick in the ass would get it by listening to this song & recognizing what they ain’t…what they could have, should have been…because “Thin Blue Line” isn’t for them – this song exists to honor, tribute, and salute those that know what their badge really stands for.

The real heroes among us should be celebrated – that’s what Matt’s singin’ about – y’all followin’ me?

His songwriting is on-point, and pleasantly rivaled only by the bold performance that comes with it.  I might not be the biggest Country fan in the world, but I know a smooth sound when I hear one – and listening to “Thin Blue Line” begin was like pure audible joy to me.  Everything about it just immediately screams professionalism and stellar musicianship, which you’ll find is proven to be present at every moment throughout this new single from Matt Westin.  Dude’s got a great voice, that box gets checked quickly as well…but more importantly, he knows exactly how to use it and get the real weight of the emotion, meaning, and sentiment locked into every syllable – and heck yeah, I dig that too.  Westin’s rock-solid reliable when it comes right down to it, echoing the strength & unity he’s singing about perfectly through his performance, which in my opinion, was exactly the gear he needed to be in to make this song work as well as it does.  Resounding confidence & conviction in the way he sings & plays – and the very reason you hear that, is because you know Matt believes in every word he’s written.  It’s the kind of song that would have easily fallen flat in the hands of an artist or band that didn’t feel this kind of genuine connection to the subject & theme, you feel me?  Westin’s real gift here, beyond clearly being a great guy with pure intentions, is that when that red-light comes on in the studio, or the stage lights in front of him come on, he is 100% ready to roll with the authentic X-factor of a born entertainer.  He gets the max potential out of the chorus hooks, the guitars in this track should very well drop your jaws for their precision, passion, and sensational tone…the imagery of his words hits a solid homerun, and I loved the fact that you even get a glimpse of Matt as his most amped-up & enthusiastic along the way, shoutin’ it out for a moment while he feels the energy of this single at its peak.  Finishing strong with a finale that runs through the hooks with colorful charisma, major vocal highlights for Matt, and ultimately a finish that’s more energetic, but just as smooth & stunningly well-played as it all first began – Westin’s penned a cut he can proudly stand behind, while also standing “shoulder to shoulder” with the real heroes that exist to serve and protect, and “wear that badge with pride” through earned respect on the “Thin Blue Line.”

Find out more about Matt Westin at his official homepage at:  http://www.mattwestin.com