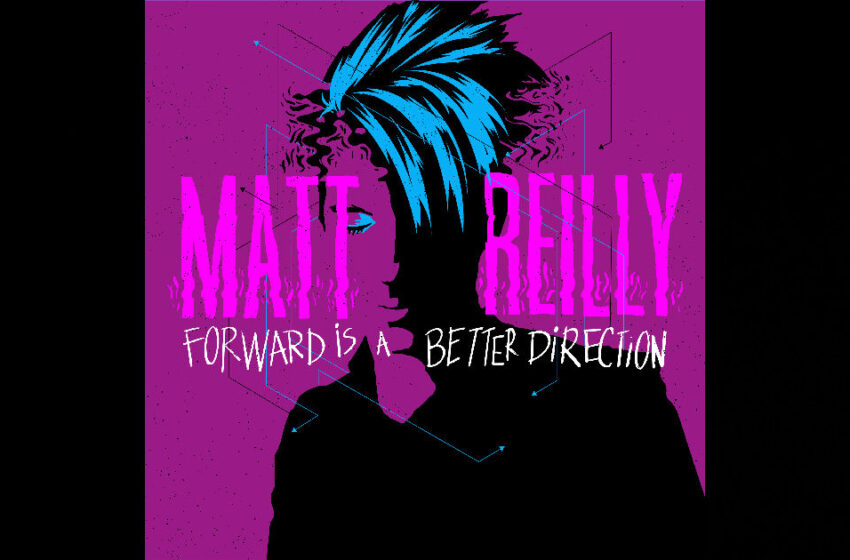 Matt my man…you know you only gotta put the tag of ‘music and lyrics’ on cuts where you got’em both right?  I’m teasin’ the guy of course…these instrumentals he’s got here absolutely speak for themselves.

Truly – I’m more than impressed with what I hear already, without a single word involved.  Mind you, I do have a penchant for instrumental tunes personally…but there’s more to it than that here – I really dig the entire sound of what Matt Reilly’s got goin’ on, and feel like he’s really made the right call here in going wordless.  The implications of tagging his tunes with the ‘music AND lyrics’ stamp however, suggests that this may change in the future too…it’s hard to say.  Matt’s already an established career musician, rockin’ from the headquarters of Matt Reilly Productions and the Hollywood live touring scene – in fact, many of you out there have already heard him in some way, shape, or form from his work as the bassist currently playing in Avril Lavinge’s band – especially you die-hard fellow Canadians out there that know her music inside & out.  Anyhow…I suppose the point is, he’s got plenty of options, plenty of access, and likely, plenty of support out there in the scene – these two singles are where it starts for his solo career as far as I can tell, but make no mistake, the potential for it to expand further certainly exists – this dude’s got all the skills, ideas, and connections it takes to do whatever he wants to with his music.

While I ain’t gonna dwell on the Avril thing, awesome as it is – we’re here to talk some MATT REILLY here, and I’m absolutely sure that all my fellow peers out there will cover all that stuff at an exhaustive length to begin with – but suffice it to say, you don’t just land such a high profile gig without some serious talent to back it up.  It’s also fair to expect that a bassist at heart, is gonna provide ya with bass-driven tunes, which is what you’ll find in these first two singles at their core for sure.  “Forward Is A Better Direction” puts Matt’s bass straight into the spotlight immediately, and introduces the rest alongside him as the song progresses.  Guy ends up proving to be a multi-talent pretty damn quick if I do say so myself…I like the atmospheric keys in the mix, I love the guitars when they show up, the beat is sturdy & reliable, and that bass never quits!  Ultimately it all results in a really thick & meaty tune with sonic depth and steady groove to it…he’s done an exceptional job with the recording & mixing, and he’s got A-list assistance from Maor Applebaum to handle the final master…no complaints from me when it comes to performance or production, “Forward Is A Better Direction” is a tight track from start to finish.

In reading about Reilly’s current situation however, I also believe that it’s a real statement song as well, and a truly defining moment you’ll be able to point to later on, where you’ll find he pushed forth into some of the most creative years of his career to-date in the near future to follow.  It’s no secret that the Covid-era has wrought its wrath upon every facet of our planet, but it’s also no secret to those in the music industry that this particular line of work tends to get outright ignored when times get really tough.  Artists are essentially left to fend for themselves in times of struggle…but, yes – it has also arguably led to some of the most triumphant & significant breakthroughs as well…and perhaps that’s the trade-off & sacrifice we’re bound to make, if only for lack of any other options or real choice.  As I understand it, Matt’s in that boat of isolated times like the rest of us right now with the touring scene shut down; but if there’s a positive to be taken away from the experience, it’s that he’s learned to use his time wisely.  And while I might be reading too much into an instrumental tune, I think that’s what he’s really saying to us through the title of this song; he could have mired around the murk of pandemic despair like so many of us have and many of us still are – heck, maybe he even started there himself at the beginning when the world was starting its hibernation & shutdowns – but the point is that he realized, “Forward Is A Better Direction.”  Talent and creativity like Matt’s got wasn’t meant to simply surf Netflix all day long.  And so, my theory is…in recognizing all this & seeing the situation objectively for what it is, he opened the door to new opportunities and possibilities for his music & career rather than just stay dormant & waiting for that moment where the light is green & we can all go again…which is a damn good thing, because who knows when that time officially arrives.  Take a page out of Matt’s playbook here y’all – “Forward IS A Better Direction” – in my opinion, it’s the only route any artist should be seeking out; and for those of you out there in bands…don’t forget that you’ve still got your weapon of choice right there in front of you to get through this time where you need it most – CREATE…PREPARE…WRITE…RECORD – do what Reilly is doing here & explore what you can accomplish solo.  You might just love what you find.

So…let’s play with this theory of mine here…let’s suppose that “Forward Is A Better Direction” IS a statement of sorts, and a signal that Matt was ready to get his music movin’ again, push, pull, or drag.  I think it’s fair to say that if that were the case, then “Forward Is A Better Direction,” released back in February, would then represent that all-important song we need to create in order to know we’re fully capable of rocking what we wanna rock 100%, and lead immediately to other significant breakthroughs.  I don’t wanna claim to be right about any of this…these are all just theories, like I’ve said – but when you hear what Matt creates and conquers in the melodically-driven “error_thought/unknown” I bet you’ll at least give a little credence to what I’m layin’ out here – because this second cut definitely takes his music that much further.  While there’s no doubt I was already enjoying myself with “Forward Is A Better Direction” and pretty sold on what Reilly does in that first impression alone, “error_thought/unknown” is that song that instantly seals the deal and confirms that this dude really has a gift he’s gotta keep finding a way to share with us like he is right now.  He’s latched right onto an outstanding melody here, and found really remarkable ways to shift the dimensions of its sound along the way – still bass-driven yes, but in an entirely different way than what we experience with the first single.  Drawing out his sincerity & passion in a brilliant mix of vulnerability & accessible vibes through the low-key moments, and giving you small doses of deviation in the structure that’ll take you on a departure into something altogether different from the main vibe while still retaining its cohesiveness – like…you gotta hand it to Matt, “error_thought/unknown” comes out as endearing as it is entertaining.  Reminds me a lot of the slow-jams I love throughout the Steve Vai catalog really…only bass-led here, of course…but you get the idea…there’s real atmosphere, melody, heart, and passionate musicianship on display in that similarly beautiful way that only speaking through your instruments can truly achieve.  You see folks?  “Forward IS A Better Direction,” because it leads to arguably even more special moments in the future to follow, like what you’ll experience on “error_thought/unknown” – one has to exist before the other, but without it, we wouldn’t be here, you dig?  Both really solid tunes with different gears that already reveal the versatility to be found within the Matt Reilly sound…I’m definitely looking forward to hearing where he’ll take this solo stuff over the years to come, and hear every reason in these two tracks alone as to why he should continue on.  He doesn’t need my advice though, he’s got it figured out – “Forward Is A Better Direction,” like he’ll tell ya himself in the title of his debut tune…and not only is he right about all that, he’s leading by example.

Find out more about Matt Reilly from his official website at:  https://mattreillyproductions.com