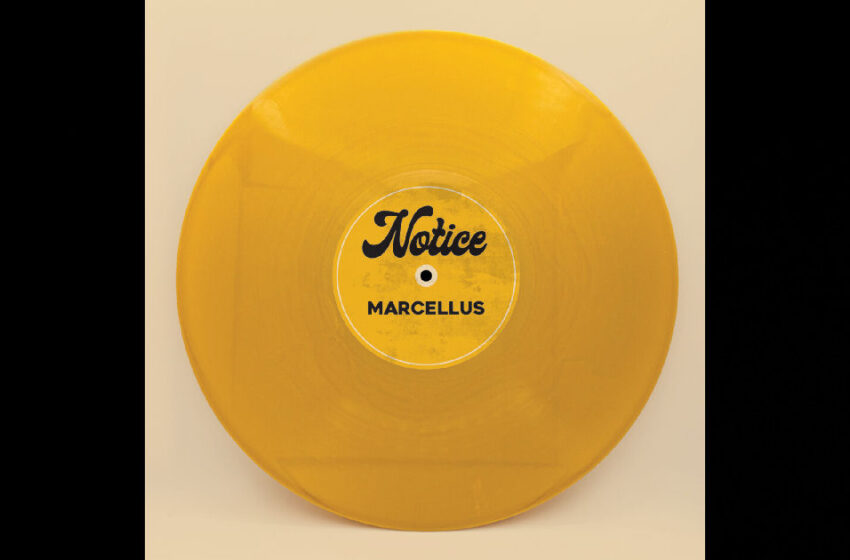 Marcellus knows how to make a drink y’all, which you’ll see happenin’ directly onscreen in the new video he’s got put together to support his single “Notice” – and from what you’ll hear pouring through your speakers, it’s clear he knows how to get a great track mixed for ya as well.  I really dig what I’m hearing from this dude…Marcellus has got that R&B touch that shows real respect for the roots of the genre, while also highlighting how relevant a sound/style like this is right here & now in the modern day.

While there are definitely some bars you can hear with Marcellus taking on that half-singing, half-rap approach to what he creates on this new single, it’s likely the smoothness of the man’s vocal hooks that are going to make the biggest impression on ya, and rightly so.  Sure the dude can rap, yes – but the guy’s voice is golden…and believe me when I tell ya, you’ll “Notice” that for sure when you all listen to this cut for yourselves.  The official release date is technically January 27th, at that point in time you’ll be able to find “Notice” EVERYWHERE online on all the major music hot-spots…but in the meantime…you know how we like to be amongst the first y’all…and we might have…just maybe…kind of arranged for you to hear it right NOW!  You know it…we’ve got the brand-new video for “Notice” ready to roll out this morning for ya – make sure to give this track a spin below and support this artist…Marcellus will fully earn your attention & dude deserves it.

There you go!  We’re all on the same page now right?  You just heard it for yourself – “Notice” is a solid & single-worthy tune, no doubt.  The hooks of the chorus are seriously on-point…and I think for anyone that’s ever felt overlooked when they’re trying to find love, you’ll find the lyricism seriously relatable on this song.  Doesn’t mean we feel it any less when we’re being passed over…doesn’t mean that love won’t find us eventually if we keep pursuing it either…sometimes it’s just a matter of timing, that’s it, that’s all.  Chances are, many of you know that from personal experience already.  You know what it’s like to have laid eyes upon the person you want to love for the rest of your life, and many of you have found out it’s not always instantly reciprocated…sometimes love has to blossom and evolve…sometimes it takes a while before our special someone will “Notice” ya in the way that you want them to.  Be patient with it, but don’t give up…and if all else fails, heck, make a song about it like Marcellus has here – no one can resist hearing something like this!  Dude’s charming, sincere, endearing, and entertaining all at once…considering the fact that this is his “first professional song rollout” – he’s in fantastic shape for the journey ahead, with a sound that’s not only relevant, but would easily rival a ton on your playlist.

Really, when it comes right down to it, there’s little I’d advise Marcellus on after hearing this single – to be honest with ya, I feel like he nailed this down tight and it’s essentially come out flawless.  I think you get a great glimpse into the personality of the man behind the microphone both through the music and the video, and yeah, like I was saying, the sincerity you wanna find in a song like this is genuinely there.  It makes a huge difference to us on the other side of the screens and speakers…it’s 100% Marcellus that makes us believe in the words he’s singing, and that all comes down to how he performs in the moment.  I feel like the main chorus hooks are remarkable by every conceivable definition…this is memorable stuff without a doubt…and some of that real turn-the-lights-down-low atmosphere you want in hybrid R&B.

The most you’re going to find me conceding to ya is that Marcellus might want to make sure he knows where the BIGGEST hooks of his songs are…because as much as I love the chorus of “Notice” and think it’s tremendously effective…I might actually argue he’s got a bridge in this song that could have potentially been a chorus of its own, and may even be a BIGGER hook.  He knows what I’m talkin’ about – it’s right around the 3:10 mark, and it’ll only last about twenty-seconds or so…that spot, is pure magic without a doubt.  Would I have included that a couple more times in “Notice?”  You betcha I would have – but it’s always nice to have another reason to repeat a song too, and he’s definitely given you one with that bridge.  It’s an unexpected twist in this tune…by the time we reach it, you’re probably already convinced you’ve heard what “Notice” is going to do, and credit to Marcellus for taking this song an additional step further.  All I’m saying is, when something’s going as right as that moment in a song is, don’t be afraid to exploit it a bit more, know what I mean?  If you wanna have TWO choruses in a cut and they’d sound as great as what you hear in this single, believe me, I ain’t gonna be the one to object!

Anyhow…that’s neither here nor there…the main point is, this DIY artist/producer from Santa Cruz is hitting all the right notes.  Apparently the man has just moved to LA to take his career to the next level, and that’s where the video for “Notice” was officially shot.  Everything you hear on this track is all him from the mixing to the mastering, performance to production…and my hat’s off to the man, there’s not a thing I’d change about any of that – he’s got “Notice” sounding as right as right can be.  It’s hypnotic, mesmerizing, and unquestionably catchy…you’ll remember this song, and that’s exactly what you wanna find in a great single.  Smooth crusin’ to the top of the charts & that next level he deserves, Marcellus has a stellar vibe & a song that’ll have no problem at all connecting with the people out there listening.

Make sure to pre-save his single “Notice” and/or be ready to stream it coming up on the 27th by hitting up this magical multi-link right here:  https://createmusic.fm/notice