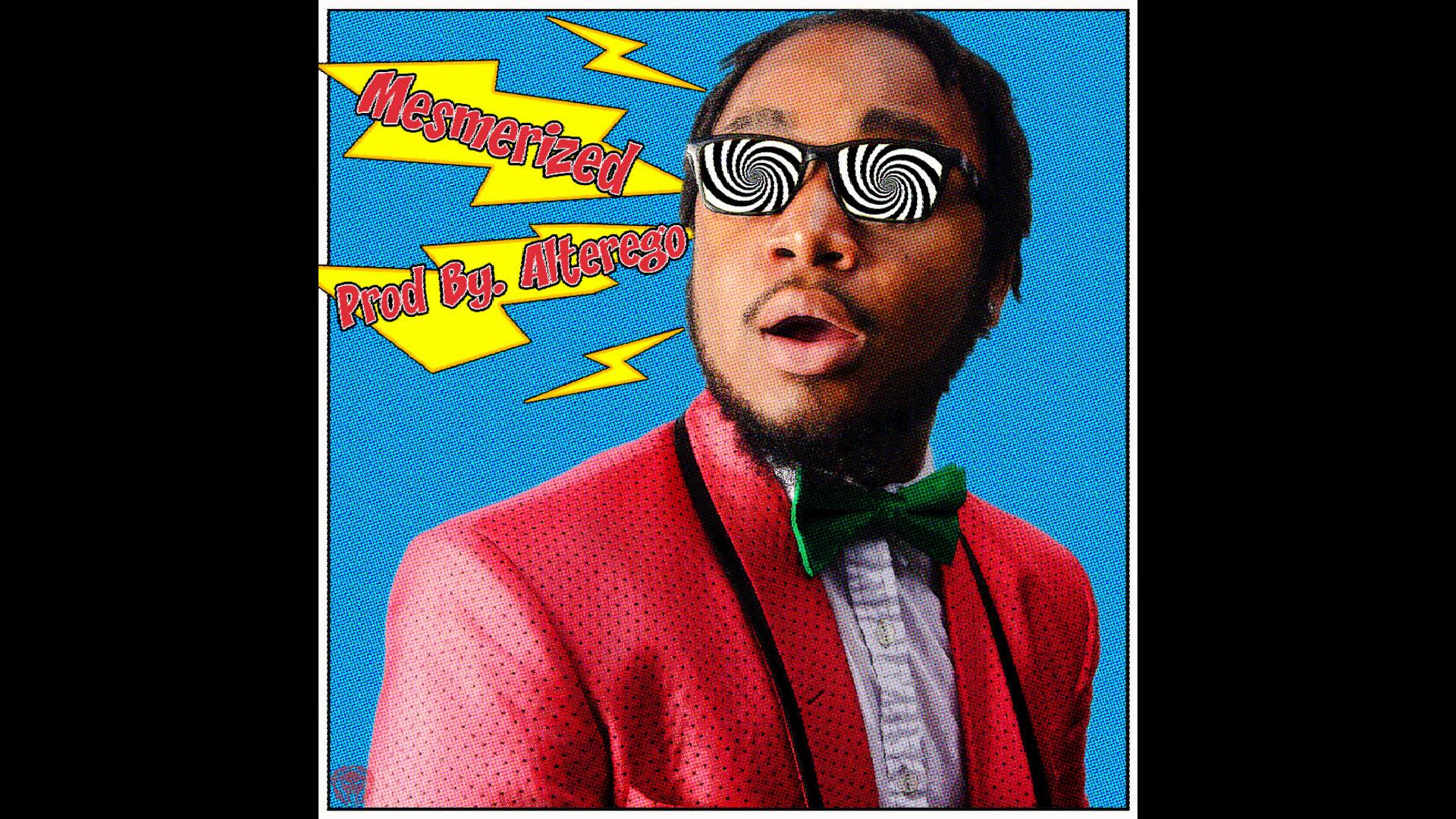 Solid & smooth electro-pop/R&B cut mixed with some island & club flavor from Major Blaze, aka Justin Sterling, his new cut “Mesmerized” is bound to appeal to many people out there with its multi-dimensional sound.  Checking into the history a bit, you can see he’s been posting on the regular for the past couple years, including some impressive numbers with singles hitting millions of plays – it’s fairly safe to say the man knows what he’s doing, based on what you can see and certainly what you can hear.

There was something else that caught my eye while I was on Major Blaze’s page at Soundcloud…just a tidbit of information that might sound trivial to some, but to me, said a lot about the artist in question.  We live in a day & age of ridiculous amounts of self-promotion – it’s everywhere you look and I’m sure we can all agree on that point; damn near all of us have a blog, a podcast and a brand…our photos and videos are scattered throughout the internet.  Now, if you take a look at Major Blaze’s page…notice how on the covers of the songs he’s posted, you won’t even find his own name – but you WILL see the name of the artists or producers he’s been working with in collaboration.  I dunno…I figure that’s worth a shout-out to the apparent humbleness that comes along with Major Blaze, that’s a selfless way to go about it all in an industry famous for being pretty damn cutthroat even on an independent level.  Respect!

But that’s just it right?  Respect is key if you’re really going to survive and thrive in this music business – and it comes in many forms.  My point here ultimately, is that when you can SEE it visibly on the page like you can with Major Blaze – it’s a fair assumption that you’ll HEAR it in the music as well…and I think you do.

On his new single “Mesmerized,” Major Blaze has enlisted the assistance of Alterego in the song’s production – one of many factors in this single that stand-out with a professional approach.  From corner to corner, there’s no doubt about this song being produced at a top-notch level – each part of the song displays its own powerful dynamics that rise & fall perfectly along with the energy of the song itself.  That goes for the song’s main star as well – Major Blaze does a great job of hitting the mark with a whole bunch of different approaches to the vocals along the way, which any singer will tell you, is no easy task to pull-off convincingly.  You can often end up in one gear and stuck in a mode that makes it tough to change it up, but that kind of transitional flexibility & versatility seem to be major strengths for Major Blaze; he switches it up with ease along the flow of “Mesmerized” and brings a variety of different energies into one tightly controlled performance.  All under the care & supervision of Alterego’s production – everything you’ll hear uses the space in the music to its advantage and every sound along the way has a chance to make an impact and impress you as a result…excellent clarity in the mix.

Alright…maybe there’s ONE thing that stands-out to me…I’ve subtly hinted at it up to here, but I’ll spell it out plain & simple – “Mesmerized” is a great tune…BUT…if I’m being honest, not sure it’s a ‘single.’  I do see this being a track on an album that would definitely be sought out…but in terms of bringing in the people to listen…that’s the part where I guess I’m not as convinced.  I think the colliding energies of this track SHOULD be enough to get people listening…I know I like that myself and think it’s a strength in this cut from Major Blaze – I suppose it almost feels like it just might be too chill even at its most intense moments to really get the people excited, if that makes any sense.  Even in the song’s chorus, it’s all so well-produced, smooth and flawless that even as the energy comes up, it’s all still so controlled.  So truthfully, “Mesmerized” actually becomes a difficult track to examine…because on the one hand, all the parts are perfectly in-line and the last thing you’d be able to do is take any points away for performance or production here.  Are these individual parts that fuel the song’s structure enough to get the people talking about it…that part I honestly don’t know, I just know it’s a really well assembled track.

I look at it this way…the man is two-years deep at the very least from what we can see online…singles and songs are bound to be coming out in all kinds of different styles & sounds…nothing wrong with putting out a chilled-out, controlled & professional cut like this at this point in Major Blaze’s career to test the waters with a slow-burner.  He’s already got plenty of support out there for his music and has every right to want to switch it up as an artist, which he’s doing plenty of inside of this song to keep you entertained and listening.  “Mesmerized” might not reach the number-one spot on the charts out there – but as you all know, not every song does; the most important thing is to respect your own vision for your creativity and respect the music you make…and I think when you look at this song in that sense, you have to commend the job that Major Blaze and his cohort Alterego have done with “Mesmerized.”  They’ve put the care into each and every corner of this song and polished it up perfectly…there is a ton happening in the background that sounds every bit as impressive as what’s happening up close in your lefts & rights…and for those looking for a subtle, rhythmic-chill…I think you’ll be onboard with this track.

It certainly can’t HURT you to check it out – this much, I know to be true.  See what you think of “Mesmerized” by Major Blaze for yourself and see if this one hits the mark for you…it just might!

Find more music by Major Blaze at his official page at Soundcloud:  https://soundcloud.com/majorblazemusic