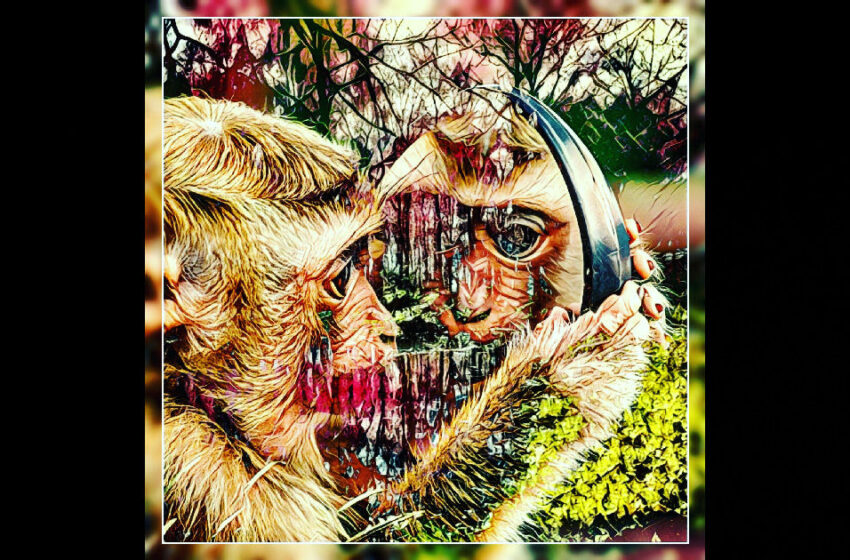 Alrighty…from what I’m reading about this band online, we’ve got a duo based outta Braintree across the pond from us in England, consisting of the talents of Zac & Sid makin’ the music you hear as Mad Panda.  “Made exclusively for lovers of psychedelic music with an out of this world sound” – that’s good news!  I mean…that’s me!  Ain’t it you too?  It really should be you as well.  I don’t wanna tell you all how to live your lives out there, I’m just sayin’ don’t let yourselves get caught missin’ out on something you shouldn’t be, you dig?  Mad Panda’s got a good vibe & energy goin’ on – I’ve got the two bookends of their new record called Not My Circus, Not My Monkeys. as a sample introduction to what these guys are all about…and I can certainly confirm that hearing “Sound, Light & You” would be more than enough to entice the vast majority of us in to listen further.  They’ve got some other pretty rad cuts on this record…I’ll admit, I’ve had a peek or two over these past couple days or so.  Some of it’s pretty damn far out there too…but overall, for a group that’s only been releasing music for the better part of four year since 2018, I can hear the appeal to us as listeners, and why they’d keep on keepin’ on as a band as well.

As to how much they wanna refine it further from here, or if this is the Mad Panda vibe in full effect as we’ll hear it long into the future…that’s largely up to them.  You’ll hear what I mean when you have a listen for yourselves…Mad Panda’s got the seeds of great things starting to sprout, and from here on, I’d imagine that Zac & Sid’s sonic adventures just continue to keep on gettin’ better & better, and more fun.  A song like “Sound, Light & You” has spectacularly special Alt/Indie vibes that connect big time, and they’ve done it all instrumentally, without a single word, just lettin’ the guitar notes & tones bounce off the walls surrounding us in the air until we’re entirely enveloped by a beautiful collage of colorful & endearing melody – it’s really quite something to experience.  As it stands right now on a production level, you’re listening to some fairly lo-fi stuff goin’ on here…which is always hard to comment on – it could very well be intentional, it could be a bit of inexperience, it could be a stylistic choice, it could also be a complete accident…all I’m saying is, there’s room still for this band to add some sparkle & shine in that department if they felt so inclined.  My gut tells me it’d be to their benefit…I dig the Indie charm that we can hear in the humble sound of a song like “Sound, Light & You,” but I also felt like more vibrant qualities in the production could potentially enhance the exquisitely evocative melody at the core of this song even more.  Might just be me…and don’t get me wrong, if this is how Mad Panda is servin’ it up, I’m still sittin’ down to eat y’all – I think there’s still room for their music to breathe a little more, yes – but I’m far from complaining, so don’t get it twisted.  Just musing on their future to follow is all…you regular readers know I’m always looking for something that could potentially be tweaked just enough to bring ya that much closer to the masses out there.  Personally, I love these layers of guitar, I love the innocent & humble way this song starts their new record, and with my healthy love of college rock, instrumental music, and all-things-indie…for me, I could eat a track like “Sound, Light & You” by the bowlful.  We’re talkin’ gentle & delicate stuff here…not the jarring psychedelic vibes that are so often associated as the defining aspects of the genre…Mad Panda is trippin’ the life fantastic via subtle means, allowing the serenity & natural beauty in these layers of melody to rotate & shine like a prism.  If you can resist their charm here…I suppose congratulations?  I don’t know why you’d fight them on this.  “Sound, Light & You” is a perfectly inviting opening track to Not My Circus, Not My Monkeys., and just a really well-played song all-around…not a ton to its DNA perhaps, but they prove they don’t need much to keep you fully engaged, listening, and feeling the sensory sound they’re bringing to life on this tune.

Adding vocals to what they create presents a different dimension to their sound…and I’d imagine it’ll be a more polarizing aspect of the music that Mad Panda makes for most listeners out there.  Ultimately, they’re not really all that unsuited or a bad fit for a song like “Keeps Me Trying” – but as to whether or not it pushes the sound of Mad Panda further, or ends up detracting a bit from the clever layers of guitar they use…it’s harder to say…I think people will have many different reactions to what they hear from the mic in this band.  Sentiment-wise, lyrics-wise, they’ve got a positive & upbeat attitude, delivered in a hazy lo-fi style…it’s both melodic & a little bit strange…which is kinda perfect for all you Alt/Indie fans out there in many ways.  After listening to both these cuts pretty in-depth, I’m gonna declare the main rhythm guitar as the potential obstacle in the mix…that’s where the flatness seems to invade the sound and take away from the sparkle it could have…it’s the common denominator between both tunes, and you can hear crystal clarity in the elements surrounding it in the atmosphere…so I gotta hold that part accountable.  The best way I can put it is this – with the lower-end tones of the rhythm having such presence volume-wise, it becomes the dominant aspect of what we hear – and now Mad Panda’s gotta ask themselves, if that’s what they really want.  Personally, I think they’ve got other things goin’ on that should probably play a more starring role…it could be the vocals, it could be the sensational fragments of melody in the guitar notes that swirl & dance on the surface of “Keeps Me Trying” – it could be just about anything really…my point is they’ve arguably got the most basic part of their song exposed more than the rest of the awesomeness that surrounds it.  Nothin’ wrong with a rhythm part – most songs have’em in fact!  When it takes over the rest though, that’s something definitely to be considered – and in a case like this one here, Mad Panda wants to ask if it’s really the rhythm guitars of “Keeps Me Trying” that are going to be the hook that brings people back…or if they might have left something on the table here in that regard.  There’s a sweetness that seems to have no problem connecting at the heart of this song, which will definitely be its biggest advantage…listeners will dig the dreamy vibe here at the core of this idea, even if there’s still room for a cut like “Keeps Me Trying” to refine its potential further – it’d be a solid final cut to end their record on, which they did.  Mad Panda’s got good stuff started here…there’s artistic depth, sincerity, and uniqueness that’ll serve them well in the future to follow.  I think there’s plenty of room for them to grow from this point forward, but they’re right at the start of all the adventures they’ll have over these next years to follow.  More time & experience will end up treating this band very well as they dive even further into their delicate take on the psychedelic sound with more confidence & find the mix in the music that brings out their very best.  I’ve got all the faith that a band like this gets to where they wanna go the more immersed in the art & craft that they become.