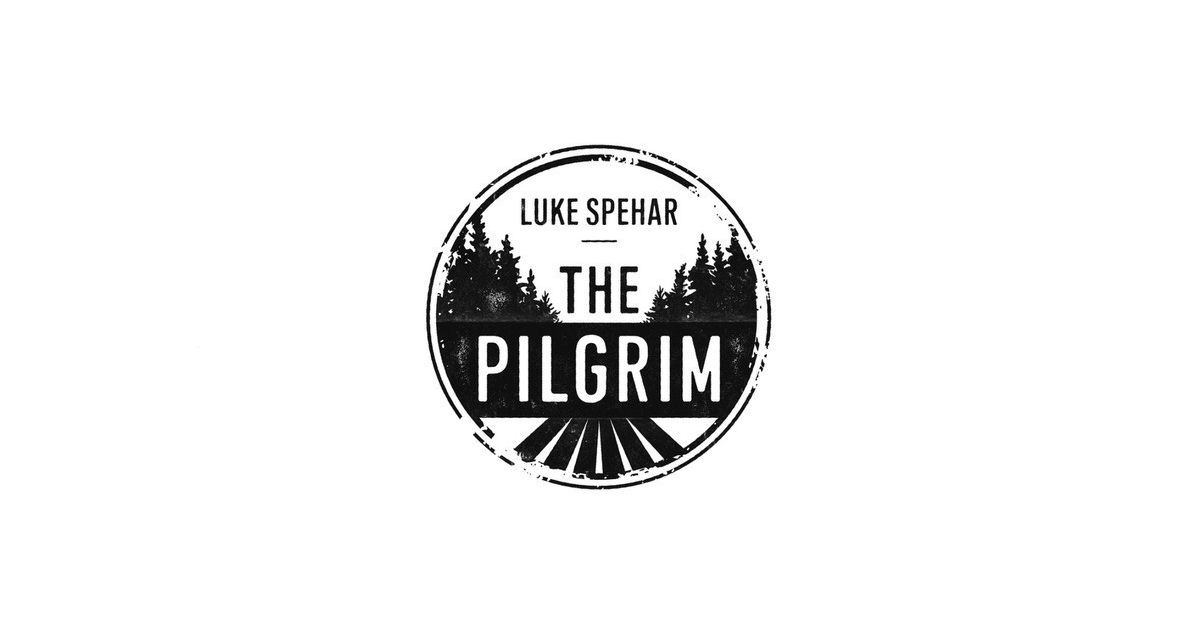 We’ll have to get into a bit of what Luke Spehar is all about in a moment or two…my internet has been savaging my work for the past week with the brutal rain & thunderstorms here in Ottawa lately…I seem to get it like, every fifteen minutes or so for about fifteen minutes or so, and then repeat that process, ad infinitum throughout the day.  So as far as who he is or where he’s come from…I’ll let you know all those details on my next fifteen minutes of actual internet access…until then, I’ve still got the music…

And ultimately, I kind of had to chuckle at the fact that I’m sitting here having technological problems that wouldn’t even factor into the day of “The Farmer” that Luke Spehar depicts so brilliantly through his words & imagery on his new single.  For you Folk/Indie music lovers out there – you’re definitely going to want to check out this gentle giant…and if you’re one of those people that really gets into lyricism and songwriting…well then, there’s even more for you here to check out.  Because at the end of the day, that’s certainly the gift that this man possesses…he’s a phenomenal writer; he’ll impress you with his vocals and guitar playing as well, I have no doubt about that, but game recognize game as they say – this man can absolutely write a song that connects in a strong way you want to absorb every word that comes through the microphone and every note played in the music.

Which I also kind of had to marvel at.  You’ve gotta understand – I listen to a LOT of music – and I’ve always said that we’ve all gotta write about SOMETHING; one of the best things about this whole gig I’m involved in is the sheer fact that there are people out there that will write about stuff that I’ve either never dealt with before or will ever have the opportunity to experience myself – but it still takes a special kind of writer & musician to actually be able to bring you into their world to really show you.  And that my friends…is where Luke completely excels.  I don’t know “The Farmer” personally…and chances are he wouldn’t even understand where I’m coming from with my first-world internet problems and I wouldn’t get what it is he needs to do with that shiny plow he’s got over there with all those seeds – know what I mean?  “The Farmer” exists now, as do I – yet neither of us know anything about the other’s world and chances are, unless there’s some really random exception in our lives that somehow would throw us together, we’ll never cross paths and we’ll never really know what the other is up to.  Through the lens, perspective, vocals, and words of Spehar – I feel like I’ve now known “The Farmer” almost as well as I’ve ever known myself…and I’ve learned through the imagery & emotion in his words that we’re not actually all that different when it comes to the fundamentals of what makes life important & worth living.  To listen to “The Farmer” is to view a slideshow in your mind; the way that Luke has with words is nothing short of remarkable…coupled with the wisdom in his voice and insight in his lyricism…the beautifully intricate and sweet guitars gently playing along with him…I mean c’mon people – this is a truly captivating song is it not?  As much as you might love these words as much as I do – make sure to notice the extraordinary musicianship surrounding them as well.  While I might argue that the lyrics and songwriting are the real stars of this particular single, let it not unnoticed that the man can certainly play and structure a song to yield the absolute maximum from its potential as well.

I’m also a massive fan of the way that Luke sings…there’s actually only a couple singers I can think of that use a similar technique, and one of them just happens to be one of my favorites; the fabulous Roberta Carter-Harrison of the Canadian band Wild Strawberries…the other happens to be another Canadian singer, Sarah McLachlan…and yes, while they’re both female and you can certainly notice the difference in Luke’s own low-end heavy vocal whisper/singing-voice – you’ll hear what I’m talking about in the similarities between how they all sing and what makes the sound endearing and beautiful to listen to.  There are few singers out there that really understand how to use the ‘break’ in their voice to their advantage…all three of these examples are stellar examples of those that do.  When Luke’s vocals crack in their sentiment, sweetness & storyline – those moments will make for some of the most magical parts of “The Farmer” and be a large factor in what it is that you hear that pulls you in close to listen.  Because while it’s clear that all these songwriters I’ve mentioned can hold their own when it comes to the writing – what makes their performances so memorable is the fact that these tiny cracks & breaks in the vocals sound so pure, so sincere, so organic, so natural, and so real.  Like emotions that can’t be faked while singing the words out loud…you can hear how the atmosphere and moment take Luke over – he’s invested in every second of this song as an artist, which allows us to do the same as listeners.  It might be gentle, it might be mild…but make no mistake, Luke Spehar’s got a single that represents him strongly with “The Farmer” – he’s got a beautiful style and a top-shelf level of execution; he’s created a real spellbinding & stunning sound on this song & put the perfection in songwriting right in the spotlight.

And now that I’ve got the internet back up for a moment, I can tell ya he was born & raised in Minnesota & that he’s been writing songs since he was sixteen years old.  There you go…you’re all caught up!  Alright, alright…there’s a bit more to his story…he IS on to his fourth record after all, with The Pilgrim officially being released this year, which is where “The Farmer” comes from.  So you know the right thing to do if you like what you hear – make sure to go listen to his new record and go find out more about him – and you can do that by visiting Luke Spehar’s official website at:  http://www.lukespehar.com