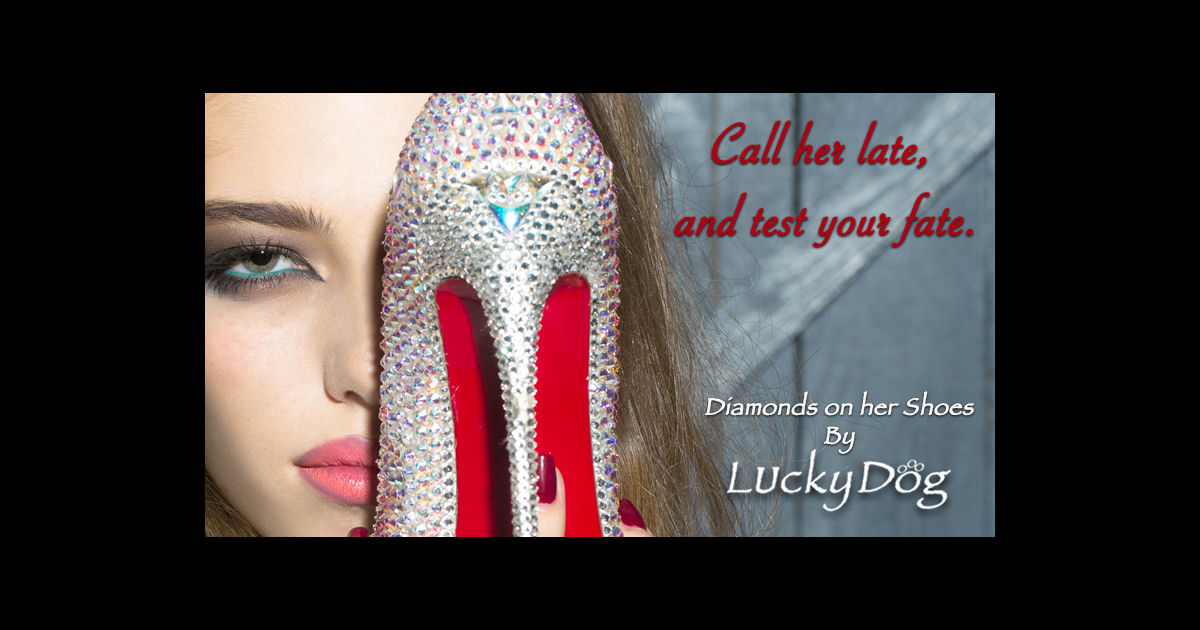 With a dusty Dylan-esque sound, ‘the Devil has his cards laid out’ on the brand-new single by folk-band Lucky Dog called “Diamonds On Her Shoes.”  This trio of musicians consisting of Dave Shipper, Sue Heilman, and Lynn Konsela has been plenty active in the house-concert circuit for some time now – Dave runs his own series known as the Bluff View House Concerts.  In addition to Dave being the active Chair member presiding in their local longtime running Great River Folk Fest as well, when it comes to Lucky Dog time with Sue and Lynn, they’re often inviting other friends & musicians into the mix to join in on their fun & adventures along the way.  Dig that!

In the new video for Lucky Dog’s “Diamonds On Her Shoes,” you’ll get a half-lyric/half-visual approach to bringing their single to the screen.  Plus for you songwriter types out there, you get to see how these words stack up right there in front of ya into a wild tale & legend of a lady of the night.  What I think people will really appreciate about this tune is that it’s not a stereotypical depiction of the main character based on the vocation – in fact you could argue it’s the completely empowered opposite.  She might be a lady of the night – but for this character, there’s no shame in that game, there’s money to be made, and merely by the time we’ve already caught up to her in this story, she’s already got “Diamonds On Her Shoes” from her efforts and is clearly doin’ just fine!  So hats off to that, I think that angle is the less than expected route to have gone with this, and as a result, Lucky Dog’s got a track that’s just as interesting to listen to for the texture & sound of the instrumentation as it is to hear the words as well.  That being said, bonus points for the solo-section around the 1:40-ish mark – I absolutely love the sound of what I’m hearing there in this recording; from what I can see in the picture on their website they use guitar, ukulele, and a mandolin…I believe it’s that latter ingredient creating the magic in the air at this point in the song if I’m not mistaken.  Providing an extra layer of haunting sound to hang in the air as the mysterious tale is told and sung with such focus & character, they’ve done a great job of providing an objective point of view through the songwriting that works; it’s non-judgmental, almost fact-based in its own way, and allows you to interpret whether or not the lady of the night in question is actually the hero, or the villain.  One thing remains clear the entire time – and that again, is that if she’s got “Diamonds On Her Shoes,” you can probably rest assured that she’s a lady that gets what she wants!

Find out more about Lucky Dog from the official pages below!